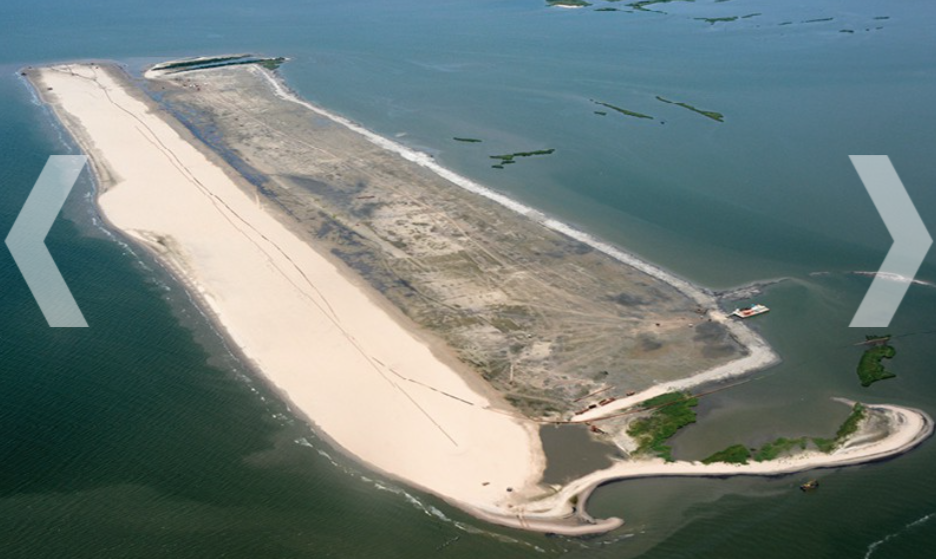 The dredging company retained to deepen the Savannah Harbor has won a major contract in Louisiana, which illustrates the company’s depth of experience in handling major earth-moving projects. 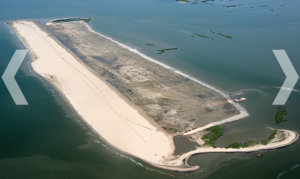 The company hired to dredge the approach to the Savannah Harbor has just won a complex project to restore an island of the coast of Louisiana. Credit: gldd.com

Great Lakes Dredge and Dock Corp. won a $76 million contract to restore Shell Island, off the Louisiana coast. The project involves creating 2.8 miles of beach and dune habitat, and 281 acres of marsh. Funds from the BP settlement of the 2010 oil spill are to pay for the work.

The plan calls for Great Lakes to transport river bed deposits from the Mississippi River in a sand and water slurry through a 16 mile long pipeline placed over two levees, bored beneath two highways, and submerged along the Empire Waterway to Shell Island, according to a statement posted on businesswire.com.

The company successfully utilized this pipeline on the Scofield Island Restoration Project in 2012 to 2013, which involved the longest direct pump dredging operation ever performed in the U.S., and also on the Shell Island East Berm Barrier Island Restoration Project in 2013, the statement said. Work on the Shell Island West project will begin this fall and is expected to be completed by the third quarter of 2016. 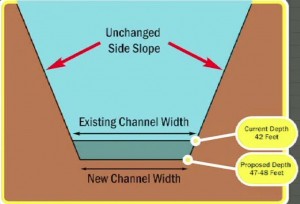 This diagram shows the plan for deepening the channel leading to the Savannah Harbor. File/Credit: http://static.dvidshub.net/

On March 4, Great Lakes Dredge and Dock Corp. was announced as winner of the first phase of the the harbor deepening project. The work for this contract represents about half of the channel deepening, increasing the depth of the channel in the Atlantic Ocean to 49 feet below mean sea level, and extending it an additional seven miles, according to a statement from the Georgia Ports Authority.

Two other projects are underway:

“The Savannah Harbor Expansion Project has seen major progress in the past few months, with the contract issued to deepen the 18-mile outer harbor to 49 feet, crews raising the CSS Georgia, and installation set to start for oxygen injection systems,” GPA Executive Director Curtis Foltz said in the statement.

“The Corps of Engineers has been a steadfast partner in the 15-year process leading up to construction, and we look forward to working with the Corps and our Washington delegation to bring this pivotal project to completion,” the statement continued.