The once-hot “REO to rental” business has cooled in metro Atlanta and beyond. 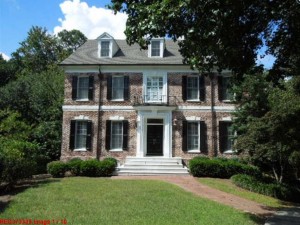 Foreclosed houses aren’t the bargain they were in the depth of the recession. This bank-owned home, on Devonshire Place in Atlanta, is listed by Wells Fargo at $925,000. Credit: reowellsfargo.com

A year ago, average investors were kicking themselves for not getting in on the ground floor of an emerging industry: Buy cheap bank-owned or foreclosed houses and rent them for a tidy profit. News that Blackstone Group alone had bought 1,400 houses in the region in April 2013 showed the market had taken off.

Now, a report in Tuesday’s edition of Financial Times shows that Blackstone and others are having to take discount prices for their REO-backed securities. A congressional investigation into the industry is looming.

Investors have been slow to purchase Blackstone’s “single family rental” securitizations, according to the story in ft.com. Blackstone paid more than $8 billion to acquire 43,000 houses nationwide – including the 1,400 in metro Atlanta – and planned to sell bonds backed by the rental income derived from the houses.

The market isn’t so sure the deal is sound, according to ft.com: 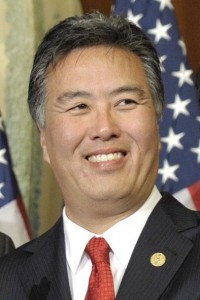 This industry has reached a point that a California congressman has asked the House Financial Services Committee to convene hearings on the Reo-backed securities being offered by Blackstone.

U.S. Rep. Mark Takano (D-Riverside) cited some of the very concerns raised by Georgia Tech Professor Dan Immergluck and housing advocates in metro Atlanta: What sort of landlords will the financial service sector prove to be when it comes to managing scatter-site housing?

Takano released a report last month showing that a rising number of households is spending more than half their income providing a roof over their heads. The report states:

Meanwhile, the murky nature of news in the metro Atlanta housing sector also is clouded by various interpretations of the Case-Shiller index of housing prices. The upshot is that in the broader picture, home prices may not be escalating as dramatically as reported.

The Case-Shiller index shows metro Atlanta prices are increasing steadily. But some new reads on the index suggest that the increases are due less to appreciation in housing, and due more to the smaller numbers of cheaper houses and foreclosures in the mix – the kind of houses sought by the “REO to rental” industry.

One analysis has noted that foreclosures pushed prices down through 2012 and prices began rising last year as the proportion of foreclosures in the sales mix increased, according to a report in usatoday.com of the research by HIS Global Insight.

Another analysis showed that the number of foreclosures plummeted in 2013, according to a report on calculatedriskblog.com. The result will be fewer low-cost houses for investors to try to shift to the “REO to rental market”: