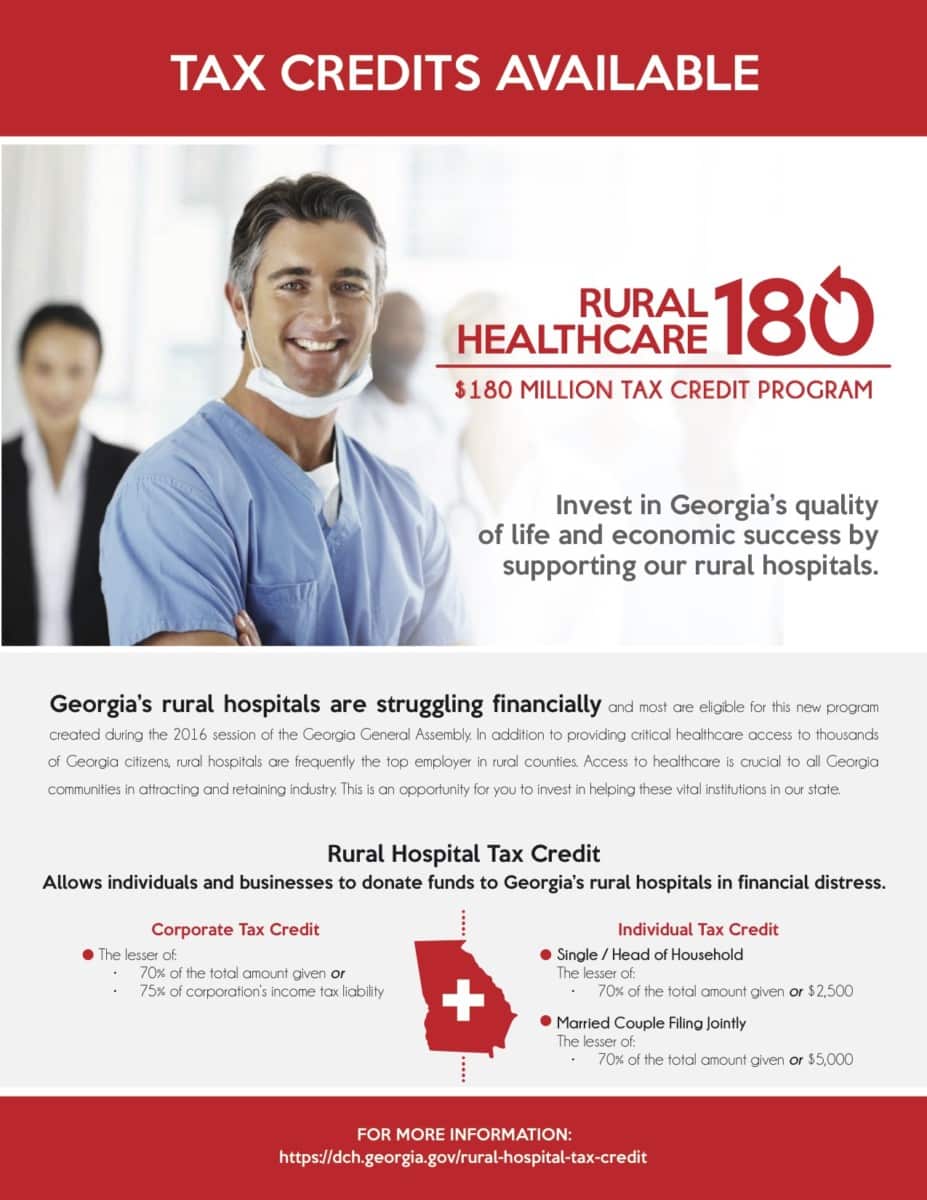 The state Legislature’s efforts to help fund struggling rural hospitals by having donors contribute through a tax-incentive program is to have its formal launch Tuesday at event presided over by two co-chairs – Lt. Gov. Casey Cagle and Mike Giles, president of the influential Georgia Poultry Foundation.

The Rural Hospital Tax Credit aims to pump up to $180 million into eligible rural hospitals over the next three years. The program uses a tax incentive to entice individuals and corporations to make a donation.

The effort comes as the Georgia Chamber of Commerce and Georgia State University have underscored in recent reports the precarious nature of rural Georgia, once the most influential component in state politics.

“The Georgia General Assembly is committed to ensuring that all citizens in this great state have access to affordable and quality healthcare,” Sen. Dean Burke (R-Bainbridge) said in a statement. “The Rural Healthcare 180 Taskforce’s goal is to help address the rural hospital’s fiscal stresses that are leading to closure or severe limitation in services provided.”

Just as Cagle and Giles are attempting to draw attention to the program, administrators at 48 hospital organizations across the state are scrambling to make their institutions eligible to receive donations. The 48 institutions were chosen by DCH.

The 48 organizations have until Oct. 17 to submit a financial proxy form and five-year plan to the Georgia Department of Community Health, according to a ruling by DCH Commissioner Clyde Reese. Organizations will be notified of any gaps in their paperwork. The final list of eligible recipients is to be posted by Dec. 1. 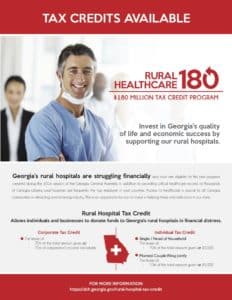 The program grew out of efforts by lawmakers to bolster the state’s financially beleaguered health care system, without expanding Medicaid.

The original bill was filed in the House and carried an initial amount of $250 million in tax credits. Rep. Geoff Duncan (R-Cumming), the sponsor, agreed to reduce the amount to $100 million a year.

The House passed the measure. The Senate accepted House Bill 919 and proceeded to add its key provisions to Senate Bill 258. Sen. Fran Millar (R-Dunwoody), who sponsored SB 258, said his purpose was to protect property owners from tax valuation increases during tax appeals.

Here are the terms of the measure as passed in both chambers by SB 258:

DCH is working with the state Department of Revenue to implement the program. Dean emphasized that the fate of the state’s beleaguered rural hospitals depend on success of this program.

“The Rural Healthcare 180 Advisory Committee with our public and private partners, will promote the tax credit throughout Georgia and work with experts and stakeholders to be sure those vital community facilities have access to best practices and support to transition into financially stable facilities,” Dean said. “The health outcome of rural citizens and the viability of many of our rural communities are dependent on our success.”