Eleanor's prediction for Best Picture. "The Power of the Dog"

So here we are with the nominees for the Academy Awards.

True, there have been distractions since they were announced last week. Super Bowl LVI. Valentine’s Day. Ukraine (Yes? No? Maybe?) And something about Donald Trump flushing documents down the toilet. Why didn’t Richard Nixon think of that? 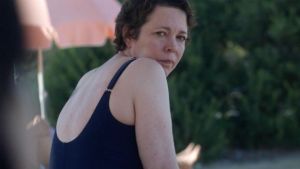 Still, the Oscars soldier on, trailed by the usual lists of snubs, surprises and early predictions. Since Steven Spielberg’s remake of “West Side Story” has nabbed several important nominations, including Best Picture and Best Director, I thought I’d pass along what Jerome Robbins, who won Best Director and Best Picture for the original 1961 version had to say about his coveted trophies.

“The Oscars,” he noted, “have no faces, no fingers, no asses, no balls, no nothing…they’re bland like Hollywood, they’re gold and glued over.”

Robbins kept his in his basement.

Below are the nominees in the top categories (I’ve never been an Oscar completist).

Also below are my thoughts on – yes – snubs, surprises and early predictions. And if a particular nominee is unfamiliar to you, it’s probably quicker to google it than try to interpret whatever my description might be.

SNUBS: Well, I don’t miss any of these titles, but there are others who do.

“Spiderman: No Way Home”: It made more money and more moviegoers happy than the rest of Hollywood’s 2021 pictures put together. Or close enough.  When nobody tunes in to the TV broadcast (on March 27), the blame is going to go to Oscar voters’ failure to nominate Spidey.

“House of Gucci”: Because it’s Lady Gaga and Adam Driver and Jared Leto.

“The Green Knight”: A personal favorite. It never stood a chance.

I would’ve voted for any of these titles above “Dune” (dumb), “Nightmare Alley” (dumber) and “Don’t Look Up” (dumbest).

SURPRISES: The three-hour Japanese film, “Drive My Car,” snagged a nomination, along with the more expected one for Best International Film.

EARLY PREDICTION: “The Power of the Dog.”

SURPRISES: Hamaguchi, I guess, but not really.

Best Actress in a Leading Role

Lady Gaga (“House of Gucci”) She was so-so, but she is Lady Gaga.

Jennifer Hudson (“Respect”) She was Aretha’s personal choice for the role. At least she already has an Oscar (“Dreamgirls”).

Frances McDormand (“The Tragedy of Macbeth”) She’s a stunning Lady Macbeth, but she did just win (again) last year.

SURPRISES: Stewart got no pre-Oscar love from critics or guilds (like, the Screen Actors Guild). But she picked herself up and got back in the race. That’s life. That’s Oscar.

EARLY PREDICTION: Your guess is as good as mine. I’m pulling for Colman, but Stewart or Kidman are the likely frontrunners.

Best Actor in a Leading Role

SURPRISES: Garfield—He’s amazing but that is no guarantee of a nomination.

EARLY PREDICTION: Looks to me like it’s Smith vs. Cumberbatch. Normally, I wouldn’t count out Washington, but he’s already won twice.

Best Actress in a Supporting Role

Ruth Negga and Tessa Thompson (“Passing”) Both do surprising work in surprising parts. And both are better than Ellis, likable as she is.

EARLY PREDICTION: I wish Buckley could win, but Dunst certainly deserves it. The winner, however, is probably DeBose.

Best Actor in a Supporting Role

SNUBS: I wish there had been some love for Ed Harris in “The Lost Daughter.”

SURPRISES: Very glad to see both Plemons and Simmons included. Didn’t see that coming. And delighted that neither was displaced by Ben Affleck (“The Tender Bar”).