Atlanta Mayor Keisha Lance Bottoms’ administration has proposed three election-year urban renewal initiatives that, if enacted, could imprint the mayor’s legacy on the city’s divisions around race and class for years to come. 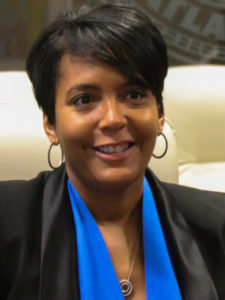 Taken together, the three initiatives promise to:

A fourth legacy point was achieved earlier this month, about the time Bottoms said she intends to seek reelection. The mayor said again last week in a media briefing she intends to stand for a second term.

Bottoms secured support for an initiative she highlighted in her 2017 campaign – significant public funding to build and retain affordable housing. The Atlanta City Council approved a $100 million borrowing, backed by city property taxes. This sum is the same Bottoms proposed in February 2020, and which she withdrew from council consideration as financial markets collapsed at the start of the pandemic recession.

City borrowing may increase by $200 million this year to fund these programs – a potential $100 million bond for BeltLine, which appears to have broad support on council, and $100 million for the affordable housing bond. 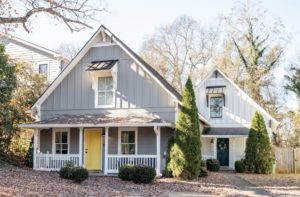 Atlanta proposes to allow a second dwelling unit to be built on the same lot of an existing house to increase the number of affordable units in the city. File/Credit: Atlanta

These big-picture proposals are on the magnitude of those propelled during the administrations of recent mayors Kasim Reed and Shirley Franklin.

Reed, for selling for private redevelopment a list of underperforming city assets that includes Underground Atlanta and the Civic Center. Franklin, for corraling the maximum state-allowed amount of the city’s tax digest into tax districts that steered private redevelopment into areas including the Atlanta BeltLine and the Sweet Auburn area of Downtown Atlanta.

The initiative on affordable housing could put Atlanta at the forefront of progressive housing politics at the start of the Biden administration. This plan would take to a new level Atlanta’s existing inclusionary zoning policy. The mayor announced the proposal Dec. 3, 2020.

As proposed by City Planning, Atlanta City Design Housing, the plan provides an incentive for homeowners to subdivide their “parent” lot into separate lots. The homeowner could sell off a piece of the lot for construction of a smaller residence. The homeowner could pocket the money from the sale or play a larger role in its development and eventual leasing or sale of the second unit. In Atlanta’s parlance, the second unit is known as an accessory dwelling unit. 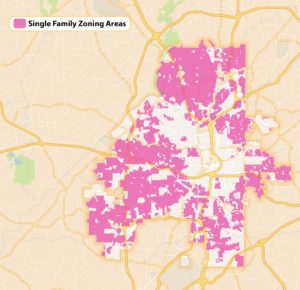 The idea is that the smaller unit would be made available to someone whose income is not sufficient to afford a residence in that neighborhood. The new dwelling would increase the density of development and provide for a mix of incomes in an area.

The city’s document describes how this could be achieved through an amendment to the zoning code:

For the BeltLine, the city proposes to impose a new property tax on commercial and multifamily residential properties in a proposed special services district. The tax would not apply to single family detached houses.

The city plans to sell an estimated $100 million in bonds this year, to be backed by proceeds of the new property tax, according to legislation slated for its first hearing Tuesday, at the Atlanta City Council’s Community Development/Human Services Committee. 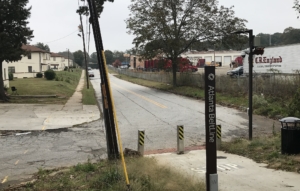 The proposed tax would be in addition to the revenues collected on all new developments in the BeltLine Tax Allocation District built since 2005. Proceeds of the TAD were proposed in 2004 as the sole source of funds to build the trail, parks, affordable units and other public infrastructure. For years, revenues have not been forecast to cover the costs of projects that were described to residents and elected officials.

The new property tax in the proposed special services district is the proposed solution and is forecast to provide measures including two at the bottom of the following list, which speak to directing up to $157 million to minority-owned and small businesses: 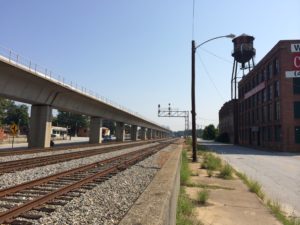 The Sylvan Hills neighborhood, in southwest Atlanta, is to be designated an area where state incentives can be used to attract development and job creators. Credit: David Pendered (2014)

The third point involves the city’s Urban Redevelopment Plan. The document doesn’t tend to draw public attention. But it provides a critically important framework to enable blighted neighborhoods to be addressed with state and federal financial support.

The proposed update of the plan adds 11 items and removes two. The two that are removed are: A 2001 study of the City Center, and a 2003 study of the related area known by the street names Jones Simpson Alexander McGill. The studies were conducted with help from the Atlanta Regional Commission.

A public hearing on the proposal is scheduled Tuesday in the council’s Community Development/Human Resources Committee.