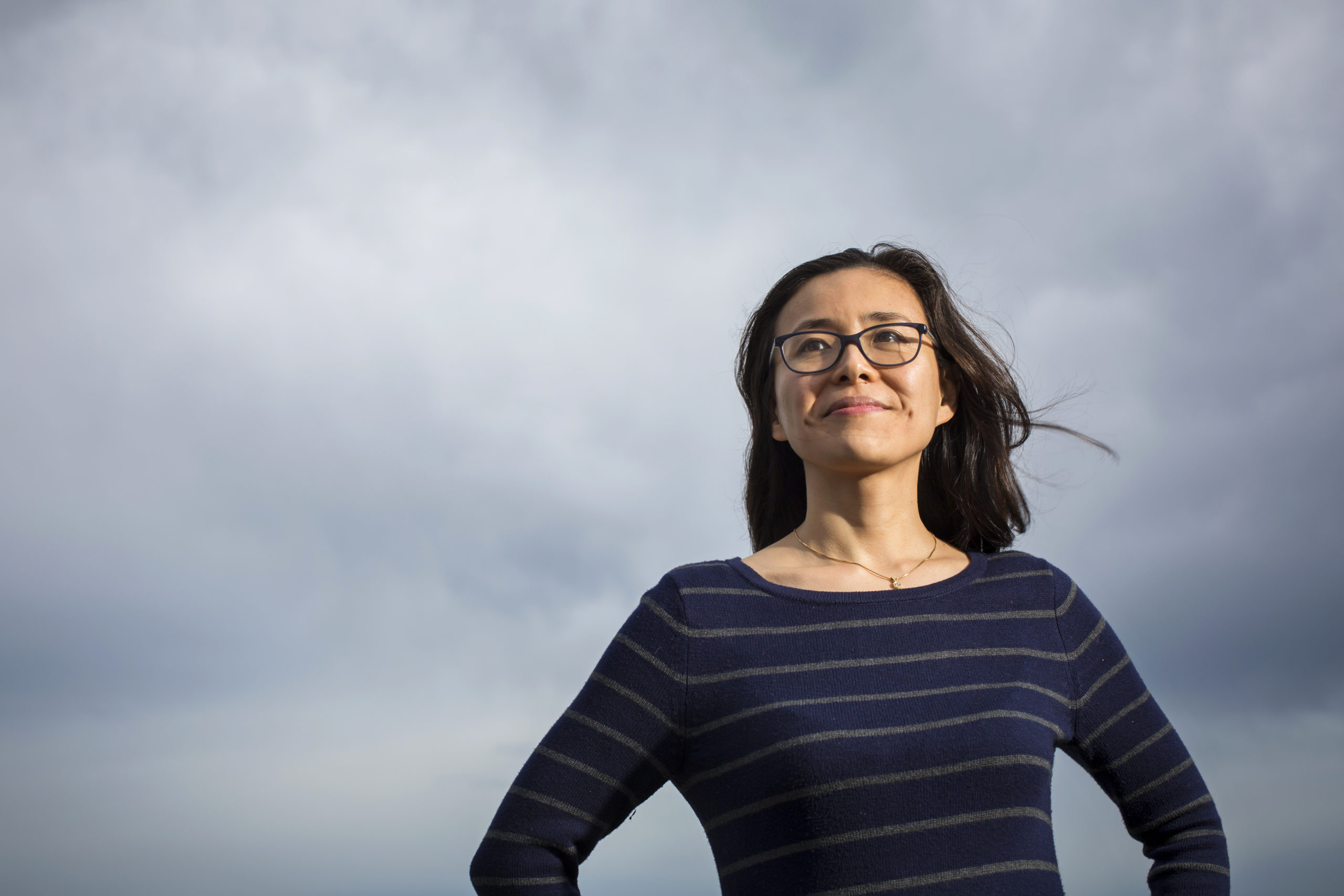 What Saikawa and her student found in the Westside was “shocking and heartbreaking.” The lead levels in the soil were unacceptable enough for the Environmental Protection Agency (EPA) to classify more than 1,000 properties in the community as a Superfund site, which means the EPA will take responsibility for cleaning it up, an undertaking that can run into millions of dollars.

Without Saikawa and her research team, the community may never have known that their playgrounds, backyards, and gardens contained hazardous waste from bygone smelters, and may never have been able to build a case for the Superfund designation. Without the Westside project, Saikawa says she may never have made the leap from environmental researcher to community scientist. When she began the project, Saikawa’s expertise was in greenhouse gas emissions and air-quality modeling. Now she has built this enduring partnership with residents of the Historic Westside Gardens community organization, and the work here has gained so much attention that other states are reaching out to Saikawa for assistance on metal contamination in soil.

Born in Japan, Saikawa spent her childhood crisscrossing the globe with her airline employee father and flight attendant mom. Living in different countries made her appreciate how the same problem could be viewed differently depending on where you lived. A self-described nerd who read incessantly and loved solving puzzles, she remembers the books that spurred her interest in environmental science. But it was the paternalistic attitude of teachers at her all-girls high school in Japan that strengthened her resolve to pursue science.

“I was told that, as a female, I shouldn’t be studying science, and that really motivated me—the rebel side of me. And then that became my passion: to solve a problem that is really huge, to be able to do something for everybody.”

Saikawa’s foray into field research began in a small village in Tibet where she and her team were researching household air pollution. Under pristine blue skies, she found women burning yak dung inside their tents. On days when it snowed or rained, the women would close up the tent and the smoke from the stove would shroud them. “Very hazardous air is about 500 mcg per cubic meter. When we measured the particulate concentration matter inside the tent, it was 150,000 mcg per cubic meter. I couldn’t even see the person standing in front of me — the smoke was that dense.”

She thought the women would be outraged and want to fix the problem once they realized how dangerous it was to their health. Instead, they told her that exposure to the toxic air bothered them less than the melting glaciers in their community. “They said that if the glaciers melted, that was the end of the world. They believed that the yak dung smoke, while contributing to the problem, was not a major factor. They said smoke from yak dung is sacred to them as yaks are sacred.” 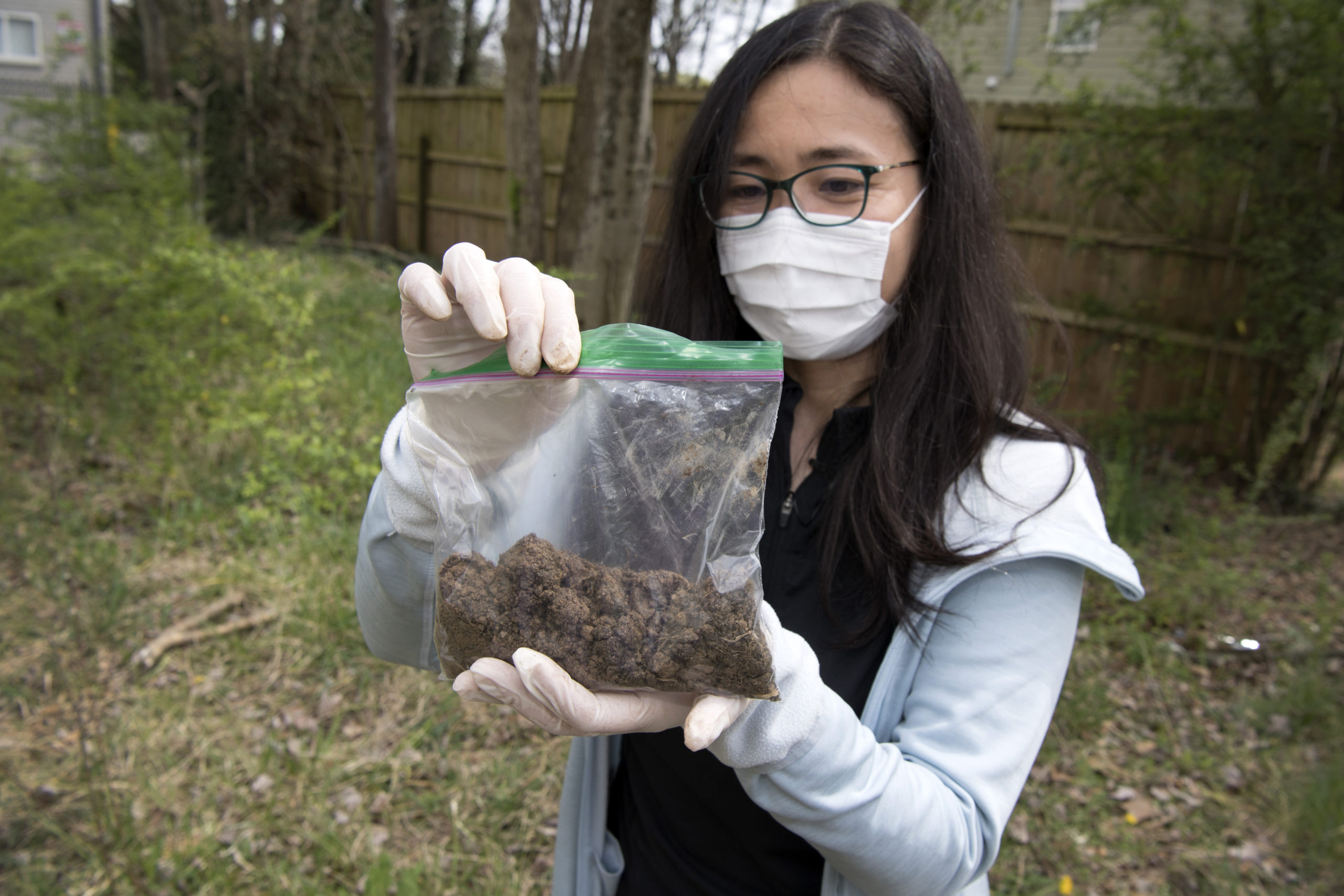 The encounter made Saikawa rethink conventional ways of solving climate change. “We cannot really talk about climate change in a constructive way because it becomes somehow normative — we should do this, we should do that. We need to understand what we value and why we value it. That may be one way to find a better solution.”

Like many researchers around the world, Saikawa had to adapt to the new normal of the pandemic to continue her research in the Westside. For instance, her partnership with the community had to change from going door to door to collect soil samples to creating a soil drop box for residents. She and her team posted a video online that showed people how to collect the soil samples with options to drop-off or ship it to her lab. She let residents know that there was no charge for soil-samples testing.

“We were able to collect about 300 soil samples, and that was the biggest number ever collected. It opened up a new way to engage the residents too. I hope that this can be a national movement where residents would be very interested in their soil quality.”

That model has gained so much credibility and acceptance that Louisiana state public health officials wrote to Saikawa that they want to replicate it in New Orleans.

As a long-time scientist, Saikawa says she is well aware of how a well-intentioned idea can sometimes have the opposite effect (watch the video clip to see what she means).

Gratified that the authorities are acting decisively to clean up the toxic sites, Saikawa says her work in the community will continue as long as they require her services, especially because there is no safe level of lead exposure for children. “I want to make sure that this is not going to happen again because this is so preventable. We can screen the soil so that people know if they are providing safe places for their children.”

Saikawa has also been working with research collaborators and students in more rural parts of the state, studying the impact of agricultural practices on greenhouse gas emissions from the soil. She and colleagues at Emory have recently begun theResilience and Sustainability Collaboratory, which taps the collective wisdom of individuals from various walks of life to address complex socioenvironmental challenges.

While it’s hard to get Saikawa to talk about herself, her reticence disappears when the topic shifts to her students. She took one group to witness the historic climate talks that led to the Paris Agreement. Her research team comprises undergraduate and graduate students from multiple fields including the humanities. “Emory offers opportunities for interdisciplinary research to students of all ages and academic backgrounds. That is something I never thought about before I came here and now I treasure it.”