Emory University sparked just the sort of conversation it had hoped to initiate when Emory launched its Conversations with America project Tuesday evening in Pittsburgh. The event was covered by media including NBC, politico.com, and thehill.com.

“Last night’s discourse is what we had hoped to achieve – a thoughtful and open discussion about the difficult questions and issues facing our nation,” Emory spokesperson Nancy Seideman said in an email Wednesday.

The conversation in Pittsburgh included a focus group of 12 voters led by veteran NBC/Wall Street Journal pollster Peter D. Hart. Hart and Emory are collaborating on the project.

The story on politico.com indicates Hart led group through discussions of a series of topics. The conversation lasted two hours.

The story started with views of President Trump, which were mostly negative even among those who said they voted for Trump in a state that Trump won in 2016.

Congress and its leaders received low marks. The Russian investigation was touched on, along with immigration, trade and North Korea.

According to the story: “The group painted a dark picture of its sense of America right now, using words like ‘chaotic, ‘scary,’ ‘tense’ and ‘embarrassing.’” 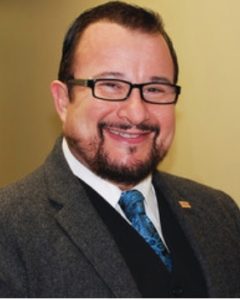 Emory created Conversations with America in order to, “advance and promote conversation and civil discourse on the most difficult issues facing our nation,” according to an Emory statement.

Emory President Claire E. Sterk said the fostering of such conversations is a duty of colleges and universities.

“We cannot begin to address the most divisive challenges facing our nation without first taking the time to listen to the broad range of opinions and experiences across the nation,” Sterk said.

“Conversations with America aims to help us engage in the difficult conversations we must have as a community and as a nation,” Sterk said. “Universities like Emory stand in a unique position to help foster respectful dialogue that brings greater understanding and engagement. That is our charge as an institution of higher education.”

According to Emory’s release:

The plan is to conduct several focus groups at select cities around the country to develop a deeper understanding of views on issues including immigration, race, education and health care. The schedule of future sessions is being devised, Seideman said.

The research team plans to release a full-length video and independent summary of the comments to the Emory community and the public when it is complete.