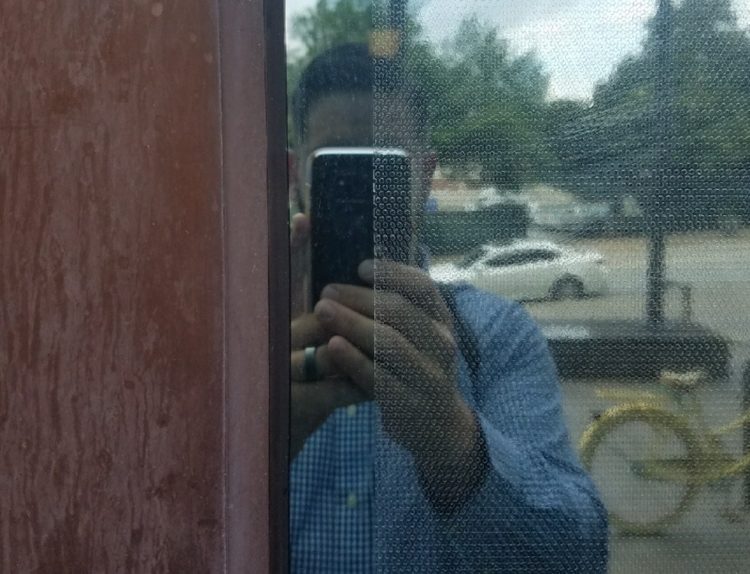 Some folks who work in Atlanta City Hall complained they were distracted by a material applied to the exterior of windows to prevent birds from flying into the windows. The program has been halted until another material is chosen. Credit: Adam Beteul

The effort to prevent birds from flying into the windows of Atlanta City Hall and hurting or killing themselves has run into problems and is delayed. New measures are to be considered. 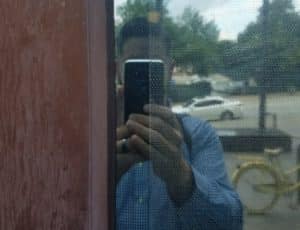 Some folks who work in Atlanta City Hall complained they were distracted by a material applied to the exterior of windows to prevent birds from flying into the windows. The program has been halted until another material is chosen. Credit: Adam Beteul

The city’s Office of Sustainability had worked with the Atlanta Audubon Society since March 2016 to create measures that would prevent birds from flying into the building’s windows, said Adam Betuel, conservation director for the Atlanta Audubon chapter.

The project represented the start of the city’s effort to join in the Audubon Society’s Project Safe Flight Atlanta and Lights Out Atlanta programs. Both aim to reduce the number of birds injured or killed when they fly into buildings.

The Atlanta Audubon Society has evaluated bird deaths or injuries due to collisions for two years. More than 500 birds of 70 different species have been collected.

The solution at Atlanta City Hall was to apply a material to windows that frequently were struck by birds, Betuel said. The project was mostly completed the week before Memorial Day.

However, folks inside the building complained about the material. A new approach is to be devised.

“The City of Atlanta launched a pilot project, installing film on a limited number of windows around the City Hall campus,” said a spokesperson for Atlanta Mayor Kasim Reed. “We determined that the blur caused by the film created a distraction and an issue for many employees. We remain very committed to protecting wildlife, and are working with our partners to develop alternative solutions.” 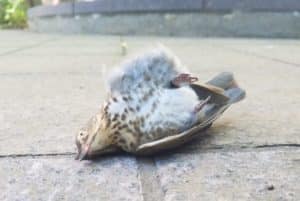 Dead birds are a common sight on the grounds of Atlanta City Hall. They die after flying at breakneck speed into a window that is reflecting a tree that looks like a hospitable perch. Credit: Adam Beteul

The product applied to the windows at city hall is named CollidEscape, Betuel said.

“It alerts birds that this is not a safe place to fly,” Betuel said. “Birds don’t understand reflection. If they’re sitting atop a tree and see a reflection of a tree in a window, they’ll fly full speed into it thinking its another place to land or feed. They can break their necks, or be stunned and sit on the ground until a scavenger scoops them up, or some well-meaning cleaning person comes and picks them up.”

Betuel said the material chosen for city hall is clear, not colored. It functions by distorting the reflection just enough to prevent birds from flying into windows, he said.

The project did not cover all windows in the building. Windows that were hit most frequently were covered, Betuel said.

“We’ve been monitoring since last March,” Betuel said. “Staff had noticed birds long before then. From our monitoring, some windows had the highest concentration of birds. We went with those. If the window reflected immediate vegetation, those are the ones that had the worst problem.”

CollidEscape’s website claims the product covers 15 million square feet of glass on buildings located through the world. The product is recognized by the U.S. Energy Department as part of the LEED certified program. The product has been, “embraced by the leaders in collision avoidance, including FLAP, National Audubon Society, American Humane Association, and others….”

The product is barely noticeable from inside the building, the page says: