The U.S. Army Corps of Engineers was a factor but not a party in the U.S. Supreme Court’s ruling in Georgia’s favor in the water war with Florida. The corps isn’t in the clear and the war isn’t thought to be over. 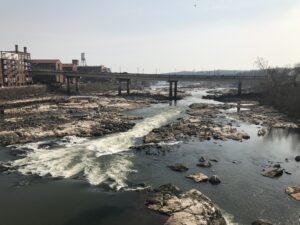 The U.S. Army Corps of Engineers controls the amount of water flowing over the rock outcroppings in front of the Columbus warehouse district along the Chattahoochee River. (Photo by David Pendered)

In a case distinct from the Supreme Court’s April 1 ruling for Georgia in the lawsuit brought in 2013 by Florida, the corps has been sued by Alabama and three environmental groups for its management of the Apalachacola-Chattahoochee-Flint River Basin. Alabama’s interest is 2,800 square miles of the basin within its borders. Florida’s interest is the ecosystem around the Apalachicola Bay.

A federal court in Atlanta issued a ruling Aug. 11 in favor of the corps. An expected appeal, or a new lawsuit, is part of the reason for the $3.9 million fund for research and legal affairs being assembled by metro water utilities and the Atlanta Regional Commission. The fund has operated continuously since it was established in 1992 to protect the region’s interest in the ACF basin.

U.S. District Judge Thomas Thrash determined the corps had operated properly in adopting a water management manual that seeks to balance water usage in the basin through the five dams and reservoirs the corps controls. Significantly, the judge observed the decades of debate over water usage should end. 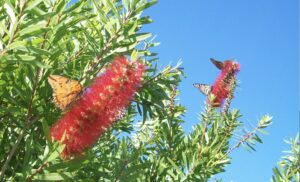 Three monarch butterflies rest and eat in Apalachicola before they continue their migration toward central Mexico. The Apalachicola Bay is on the western shoulder of departure points on the Gulf coast south of Tallahasseee. (Photo by David Pendered)

Thrash’s conclusion addresses multiple levels of concerns that have developed over decades about a waterway that begins as a spring near Jacks Knob, in the Blue Ridge Mountains of Union County. Writing about the manual the corps adopted in 2017 to manage the basin, Thrash wrote: 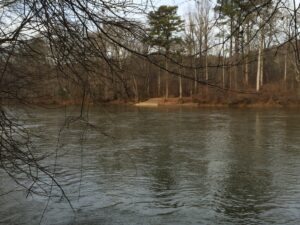 This concrete ramp at Cochran Shoals is a popular way station on the east side of the Chattahoochee River, in Cobb County. (Photo by David Pendered)

The importance of the corps and its operating manual was underscored in a report issued in February 2017 by a special master appointed by the U.S. Supreme Court to advise on the Florida case. The special master noted the update to a manual that dated to 1958 was in a draft form at that point. The corps adopted the update in March 2017 and lawsuits challenging the new manual were filed in April l. The plaintiff in one lawsuit is Alabama, and in the other it’s the National Wildlife Federation, Florida Wildlife Federation, and Apalachicola Bay and River Keeper’s. Thrash consolidated the cases for his ruling.

The special master’s job was to advise justices of whether Florida had proven its allegations that Georgia’s overconsumption of water from the basin had reduced flow into Florida, thus harming the ecosystem around Apalachicola Bay. 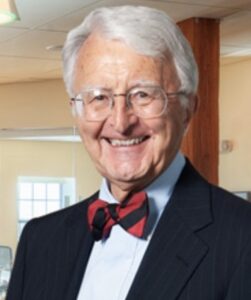 Special Master Ralph Lancaster, a lawyer from Maine appointed an unprecedented four times as special master who died in 2019 at age 88, made two recommendations. The second one involves the corps, and it set the stage for the lawsuit Thrash just resolved and portends further litigation over the corps’ management of dams in the ACF basin.

First, Lancaster advised justices to rule that Florida had not proven its claim that Georgia over-consumes water in the ACF basin.

Lancaster discussed the corps’ management of river flow in 22 pages of his 70-page report. Among the observations: 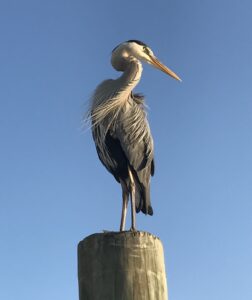 Blue heron prey on the fish, salamanders, frogs and other creatures that reside in and around the Apalachicola Bay. (Photo by David Pendered)

After reviewing Lancaster’s report, justices decided Lancaster had taken too narrow a view of Florida’s claims and appointed a second special master to continue the review. Special Master Paul Kelly, Jr., who’s a U.S. Circuit Judge in New Mexico, noted that the Supreme Court didn’t question Lancaster’s findings on the corps and, thus, he carried them forward into his 2019 report.

The Supreme Court’s ruling noted the importance of the corps in regulating water flow into Florida. But, as did Lancaster, the court observed the corps is not a party to the case: 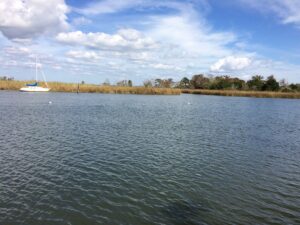 Previous Article
From dream to reality: Long-awaited shelter for women and children opens in Gwinnett County
Next Article
Leadership Atlanta is a cult that cultivates our city’s leaders