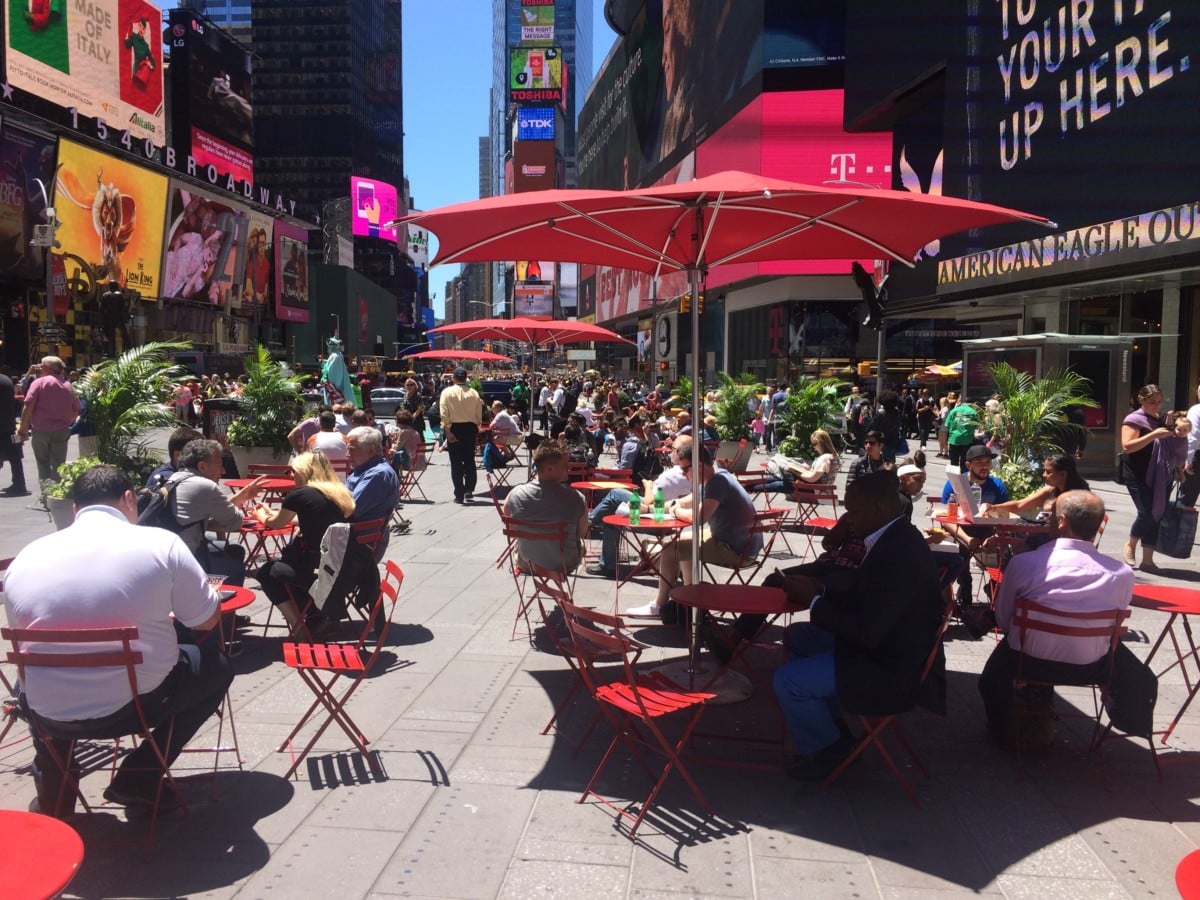 Whyte, who passed away in January 1999, helped rethink how to design and build urban public spaces – discovering an innovative social science based on how people enjoy different places.

In multiple parks and plazas, I saw Whyte’s contributions. He helped perfect successful public spaces by understanding the psychology of people who used them. 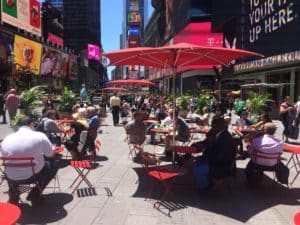 My sister, a landscape architect who shares a similar obsession over how cities are designed, was taking photos of separated bike paths, public seating at Times Square, the plazas and parks that we discovered, and the pockets of green that were filled with people on a beautiful late spring day in the City.

And as we walked, I kept thinking about Holly Whyte. He actually had come to Georgia State University when I was in graduate school to present his ideas of how to design public spaces.

He suggested planning spaces by starting with a green lawn, and then study the foot-paths people would inevitably make. Whyte said planners should then locate the walkways along those footpaths rather than force pedestrians to take another route. 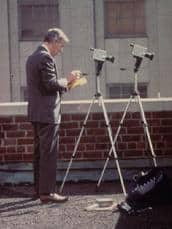 Another truth Whyte uncovered about human behavior had to do with how people sit. Movable chairs were best. Time and time again, he showed how people would shift a chair – even by just a few inches – giving them a sense of control over their space.

In New York, I saw movable chairs everywhere. People loved having the flexibility to adjust how they would enjoy a public space.

It was Whyte who made a most obvious observation: “What attracts people most, it would appear, is other people.”

So what attracts people?

Whyte said people were drawn to spaces where they could consume food. Spaces with lots of trees to provide shade and a water feature to buffer the sounds of the city. Ideally plazas would not be more than three feet higher or lower than street level. Also, successful public places often had comfortable steps and short walls where people would feel welcome to sit.

Elena and I started at Times Square, which has become so alive with public seating – on moveable chairs and stairs overlooking the public spaces.

According to Whyte, people’s favorite activity is watching other people. And there were multiple places to feast one’s eyes on the diversity of life in the big city.

As we were headed to Bryant Park, we came across a special public space that had been taken over by Marsh & McLennan to commemorate all the people the firm lost during the Sept. 11, 2001 attacks on the World Trade Center. 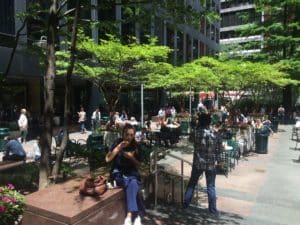 Again, one could see Whyte’s fingerprints on the space – the intimate areas with a beautiful tree cover, the tables and moveable chairs and a water feature with a dramatic steel sculpture.

Next stop was Bryant Park. Whyte had served as the inspirational mentor to the people who led the renovation of to the park that once had been one of the most uncomfortable places in the city. Fred Kent, founder of Project for Public Places, had worked for Whyte for years before going off on his own. Dan Biederman, who ran the Bryant Park Corp., told me when he was working with Central Atlanta Progress on plans for Woodruff Park years ago, how he had been influenced by Whyte.

As I observed these amazing public spaces, I thought of how we could transform several of our pocket parks and plazas to make them more inviting for people.

We don’t have to reinvent the wheel. Let’s just follow the artful lessons of public behavior and social interactions that Whyte and his disciples uncovered.

When we go to other cities, we should always borrow or steal the best ideas and design to improve our own city – using people to help us design the spaces where they will enjoy for years to come. 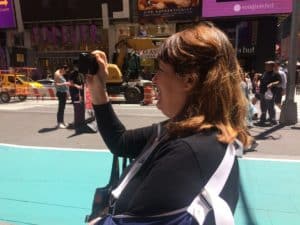 My sister, Elena, and I share a love of cities, and we are focused on the qualities that make urban places special (Photo by Maria Saporta) 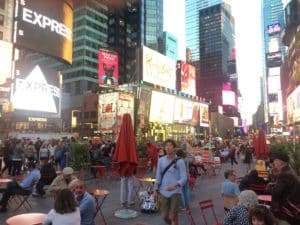 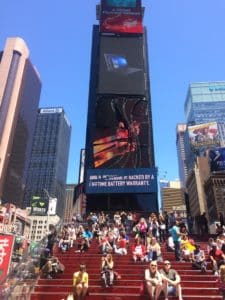 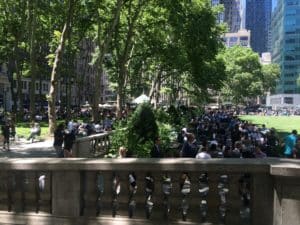 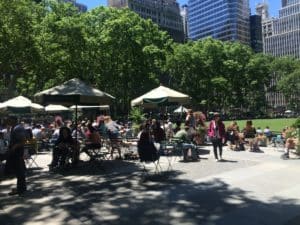 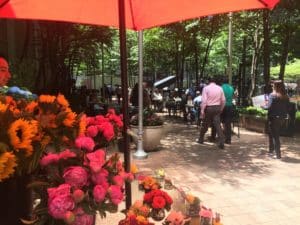 Florist has a prime spot at the Marsh & McLennan pocket park where people enjoyed the shade, water, art and the presence of others on a lovely late Spring day (Photo by Maria Saporta)

Previous Article
Bigotry, privacy and parking in the age of the selfie stick
Next Article
Commentary: A call to help Georgia’s young entrepreneurs