Even for a dog person, ‘Nine Lives’ has a peculiar appeal 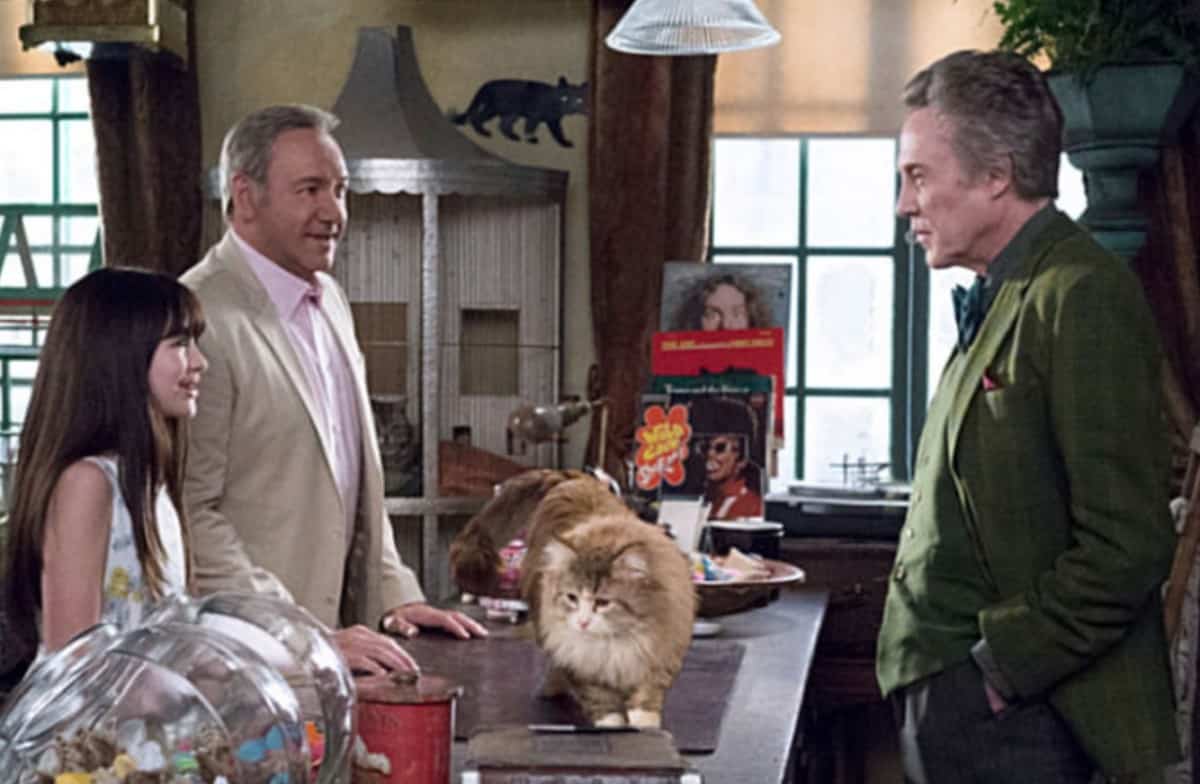 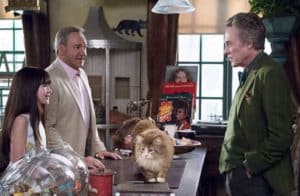 But the thing is so darn retro, so darn, well, “That Darn Cat,” that it has a peculiar appeal. Very peculiar, I must underline, but the audience I saw it with seemed reasonably entertained. And I checked my watch a lot less often than I did during “Suicide Squad” or “Bad Moms.”

But for the record … Spacey plays Tom Brand, a vain man who likes to put his name on the things he owns, be it a building or a private jet (hmm … anyone currently running for president come to mind?) But Brand ignores his adorable 11-year-old daughter and his adoring – or would that be adorable, too? – much younger second wife (Jennifer Garner, 44, to Spacey’s 57).

Still they love him a lot because … well … because he’s Kevin Spacey, the star of the movie and a two-time Oscar winner.

Anyway, they are devoted and he needs to learn A Very Big Lesson. Which he does thanks to a freak accident that puts his body in a coma and his brain inside the aforementioned Mr. Fuzzypants. 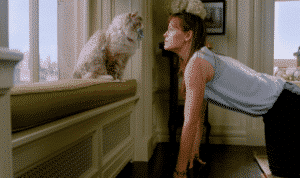 Jennifer Garner’s character in ‘Nine Lives’ loves her husband, but is beginning to set boundaries on him for the sake of their family. At this point, her husband enters a coma and his brain is placed inside the family’s cat, Mr. Fuzzypants. Credit: starmometer.com

Christopher Walken, the owner of a mysterious pet shop that belongs on Harry Potter’s Diagon Alley, has a hand in it, too.

At any rate, it’s up to Mr. Fuzzypants/Daddy to save his company from an evil Mark Consuelos (you know him as Mr. Kelly Ripa), make amends with his grown-up son from his first marriage, and, of course, learn that family is much, much, much more important than putting your name on things.

A second-rate kiddie (kitty?) movie doesn’t really seem worth writing about. Except, the thing gets the job done. Not brilliantly, but still…

If nothing else, you can occupy your time trying to figure out when director Barry Sonnenfeld (in better days, he did “Get Shorty” and “Men in Black”) is using a real cat and when the feline is pure CGI – especially when Mr. Fuzzypants picks up a pen with his mouth or spells out “Tom” with a ball of yarn.  At least they list the two cat trainers at the top of the end credits.

Okay, I’m more of a dog lover than a cat person, so maybe that’s why I cut the movie so much slack. “Nine Lives” may not be catnip at the box office, but I can see it having at least another 8 lives on the home video circuit.

Previous Article
GSU report predicts drop in Ga. manufacturing jobs, regardless of federal, state policies
Next Article
Expect Congress to get a pass on Zika scandal