Everybody talks about the weather, but not as passionately anymore 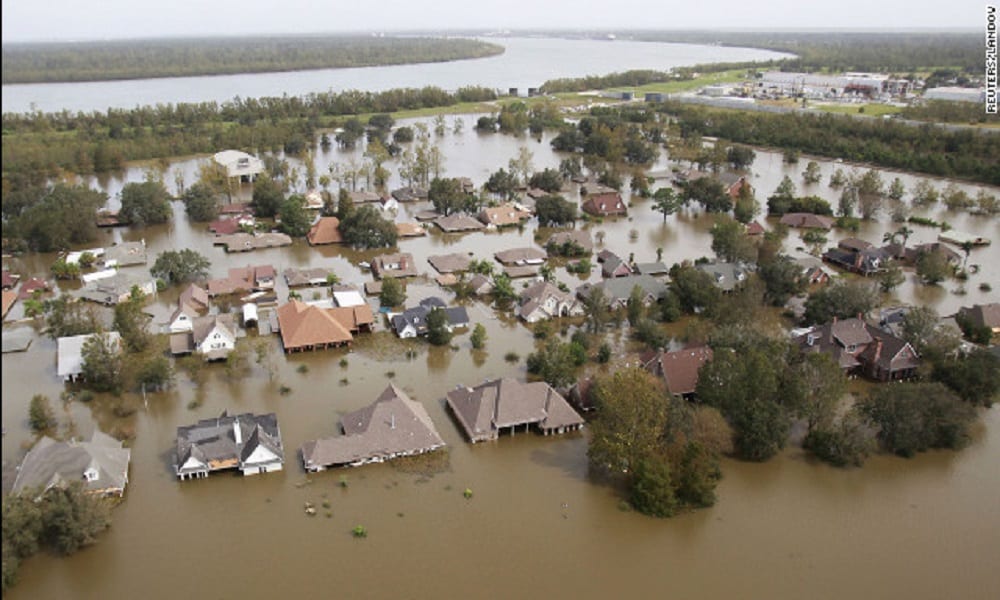 It’s been hot, and lately, stormy as well. Truth is, though, we just don’t talk about the weather quite as much as we used to.

Seeking to call attention to the importance of its findings, NASA for the first time released its midyear climate analysis last July. It showed that every month in the first half of the year was the hottest, globally, since records began in 1880. The last time anyone seems to have bothered to look, this summer was on track to be Atlanta’s second-hottest ever, but the real story has been the nightly lows, which have stayed higher, longer, than any summer before.

The pace of flooding in some regions and drought in others, predicted as an outcome of global warming, has picked up. And as a New York Times story detailed Sunday, sea levels on the East Coast are, in fact, rising.

But those hottest-summer-ever stories get kind of humdrum when you pile one on top of another, as we have for several years now. Fire and flood stories are treated simply as fire and flood stories, not global warming stories. Therefore it’s no surprise, despite the seriousness of the subject, that climate change and global warming have received very little attention in the presidential campaign.

Even if the subject does come up, there would be very little for the candidates to debate about in any depth. Hillary Clinton has promised to set “bold, national goals” to deal with climate change as soon as she gets in office, and to quicken the pace of conversion to renewable energy sources.
But her promises haven’t received much scrutiny, and they won’t. This won’t be another case of a free-market, Republican approach competing with a big-government, Democratic approach, because Donald Trump doesn’t believe in climate change at all, and has even claimed the Chinese concocted the idea to make U.S. manufacturing less competitive.

Within his own ranks, this isn’t nearly as controversial position as some others Trump has taken. Mike Pence, his running mate, has declared global warming to be a “myth.” Even though the Navy has several bases threatened by rising sea levels, the Republican-majority House has passed a resolution specifically prohibiting the Defense Department from spending any money to plan for what to do about it, because any nod to “a radical climate change agenda” would detract from the goal of defending against radical terrorism.

It’s notable that the author of the House resolution, U.S. Rep. Ken Buck, is from Colorado, where rising sea levels aren’t going to be a problem any time soon. On Tybee Island, which is losing its access to the mainland several times a year now, that’s tougher political ground to stand on.

“I’m a Republican, but I also realize, by any objective analysis, the sea level is rising,” Tybee Island Mayor Jason Buelterman told the Times.

On Saturday, President Obama and Chinese President Xi Jinping, signed on to the Paris climate agreement, one of the biggest developments thus far in the international response to the dangers of a warming world. But in the United States the big story was about a bureaucratic altercation on the tarmac in Beijing.

The way the weather is treated as a story right now is a little like the way the media and the nation reacted to Hurricane Katrina, contrasted with the way it has reacted to the devastating flooding this year in Louisiana. The damage, especially in and around Baton Rouge, has been compared with Katrina, but the reaction from the rest of the country has been more muted. It gets harder and harder to separate one disaster from another as they multiply.

When Al Gore was making a splash with “An Inconvenient Truth” a decade ago, there was more to argue about than there is now, with ten more years of climate data. Facts as a rule do not settle political disputes, however, and the incremental nature of the evidence leaves plenty of room for maneuver. Both sides, excepting the shills, have hardened into a kind of embarrassed silence as the evidence piles up. The only preaching they do is to their own choirs, as the waters rise, ever higher.

Previous Article
Things lookin’ up by Kelly Jordan #7
Next Article
Online map of all parks, amenities in Georgia created for proposed state plan for parks, recreation