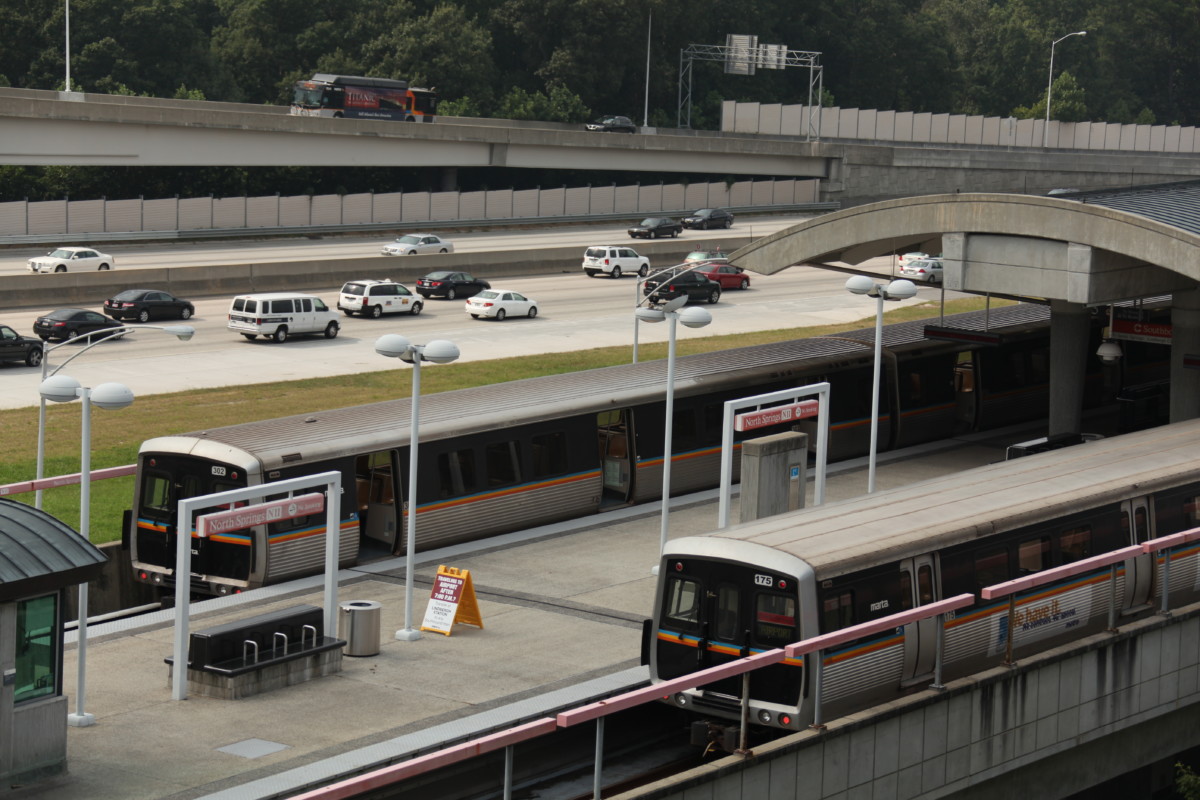 As the Atlanta region becomes more interested in mass transit, the question now can be boiled down to expand rail lines or invest in bus rapid transit.

Recent conversations from key state and county leaders in the Atlanta region seem to be leaning towards a bus solution rather than rail.

Often transit skeptics or new transit converts favor BRT (bus rapid transit) because they view it as a cheaper way to move people. But BRT can also mean different things to different people – from express buses to buses that have their own dedicated lane and mimic rail. 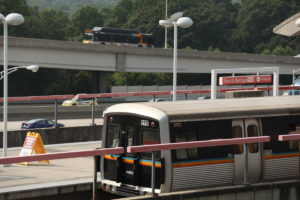 Bus or rail – Atlanta region has a choice. A shot of both at North Springs MARTA station (Special: MARTA)

But there’s not much difference in cost between real rail transit and buses that operate like rail. And the operating cost for rail tends to be cheaper than for buses – primarily when it comes to labor and fuel costs.

On the other hand, passionate transit advocates often favor rail – be it streetcars, light rail, heavy rail or commuter rail.

Rail has permanence and much greater sex appeal than buses. Developers like building around transit stations, especially now when millennials are demanding more transportation options.

And most major companies looking to relocate or expand their operations are drawn to rail transit. Consider Amazon, which has stated it wants to be located on a rail line. And look at the recent investments of NCR, WestRock, State Farm, KaiserPermanente (to name a few) – MARTA played a key role in their location decisions.

The county most likely to be the next in line to make a major commitment to transit is Gwinnett, which has seen both NCR and WestRock relocate their headquarters from Gwinnett to locations near MARTA.

Gwinnett reportedly is taking a step in the right direction. Its new comprehensive transit plan now includes a relatively short extension of MARTA rail from the Doraville station to a new transit hub in Norcross as part of its long-range plans. But most of its transit investment dollars appear to be in some form of bus rapid transit.

North Fulton also seems to be leaning towards BRT rather than rail, even though the existing MARTA rail line is in the median of Georgia 400, and it seems logical that extending rail in that corridor would give that part of the county a competitive edge by offering a straight shot to Hartsfield-Jackson International Airport. 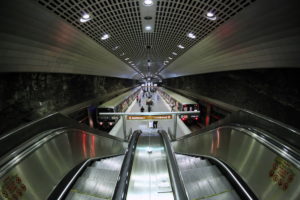 And Cobb seems even more resistant to rail (and regional mass transit overall), which does not bode well for its future economic vitality.

The Atlanta region would be wise to consider a solution that Seattle presented during the 2011 LINK trip to metro Atlanta leaders.

The Seattle transit envisioned rail extending to suburban areas. But knowing rail transit would take years to build, transit officials offered to immediately provide express bus service along those routes to build ridership along the corridor. But the region was promised that rail was the ultimate solution, and voters overwhelmingly approved that plan.

That scenario is the best of both worlds – it immediately increases transit in an area, but it is done in a way that envisions the development of rail. The Atlanta region also would be wise to revisit commuter rail – providing passenger service in existing rail corridor. Clayton County is considering that approach, especially after having voted overwhelmingly to become a  MARTA county in 2014.

In other words, it doesn’t have to be an either-or scenario. Those who are pushing for an-all BRT solution are asking us to take the cheap way out, and they are not looking out for what’s best for the region long term – given the projected population increases.

Another drawback is that when transportation planners envision bus transit, that often becomes an excuse to expand road capacity. And we in Atlanta have over-invested in roads and highways and underinvested in rail. We pay the price of that every day increased congestion – which will only get worse if we don’t offer alternatives. 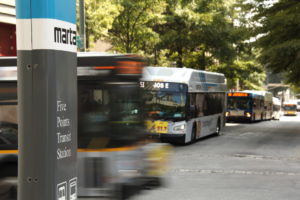 Some will argue that we don’t have the density yet for rail, but rail influences development patterns – concentrating density around stations.

Imagine if in the 1960s, our leaders had opted used that reasoning. The region only had 1.6 million residents compared to our current population of more than 5.7 million.

Our leaders in the 1960s were big thinkers. More than 50 years ago, they were proposing a regional rail transit system that was more ambitious than the ones being proposed today. (Fortunately, the City of Atlanta, Fulton and DeKalb counties passed MARTA, but unfortunately the other three counties that could have joined the system – Cobb, Clayton and Gwinnett – took a pass).

If we had been “small thinkers,” we never would have gotten the 1996 Summer Olympic Games or three Super Bowls or almost any other major sporting event.

So, as a region, we have a choice – to think small or think big; to think short-term or long-term, to think about metro Atlanta today or plan to be a metropolis of the future. 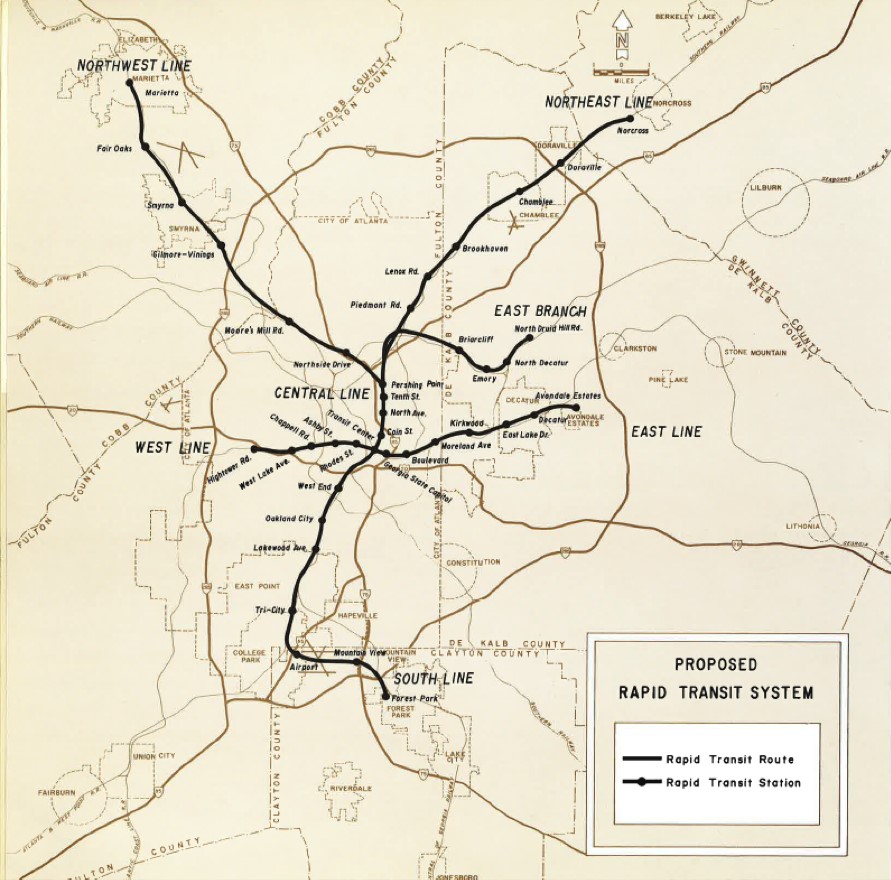 The State of Georgia once proposed an extensive system of commuter rail in the Atlanta region and beyond. Map shows the first phase was to open in 2006. (Source: Georgia Department of Transportation) 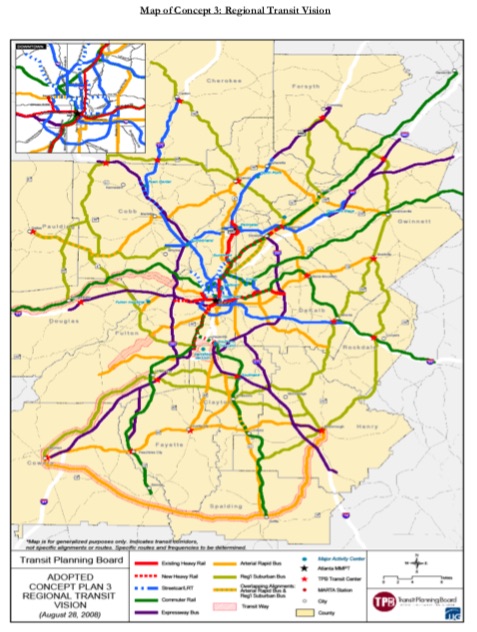 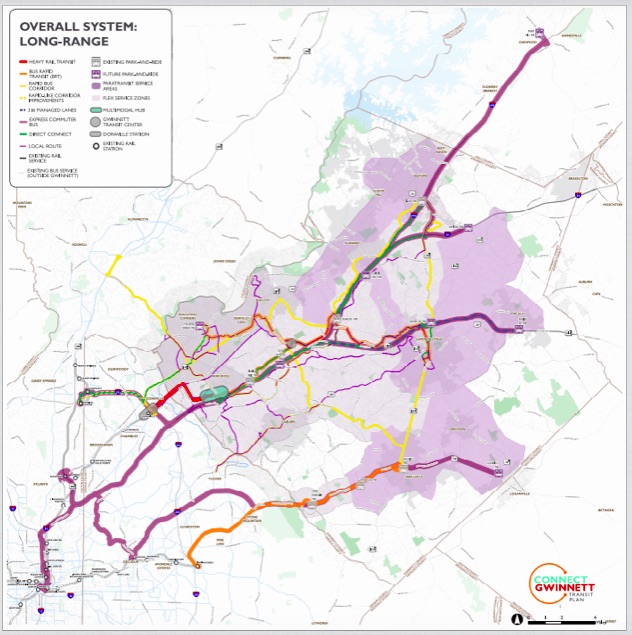