Fairness and equity must be central to any regional transportation plan

By Guest Columnist VINCENT FORT, a Georgia State Senator who has represented the 39th District that includes Atlanta and East Point since 1996

The TSPLOST referendum failed for many reasons, including distrust of government. Part of that distrust includes the perception that government in Georgia is unfair.

The message that I and others, such as John Evans of the DeKalb NAACP, Edward Dubose of the state NAACP, Georgia SCLC, Sierra Club and labor leaders, communicated to voters was that the TSPLOST project and process was unfair.

Unfair because the one per cent sales tax is a regressive tax that weighs heaviest on middle class families; unfair because people in Atlanta, DeKalb, and Fulton would have had to pay 2 percent (the new TSPLOST tax plus the MARTA 1 percent sales tax paid for the past 40 years) while other counties in the 10 county region would have paid only 1 percent; unfair because MARTA was prohibited from using its TSPLOST revenues for operating expenses even though MARTA’s deficit is in its operating budget; unfair because African-American businesses only get 2.4 percent of Georgia DOT’s federally-funded business. 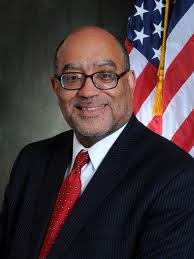 These are not new issues. I repeatedly broached the issue of equity over the last several years to my fellow legislators and other elected officials. My concerns fell on deaf ears. When I introduced a bill to mitigate the 2 percent for Atlanta, DeKalb, and Fulton counties versus 1 percent inequity, it did not even get a hearing.

The returns from the July 31 elections show that voters agree that the referendum did not pass the fairness test. A look at some precincts in the City of Atlanta reflects that. Many post-election pundits have looked at Atlanta’s 58 percent to 42 percent support of the TSPLOST and pronounced that the results indicated overwhelming acceptance of the TSPLOST. But it is more complicated than that.

The TSPLOST either got tepid support or lost in many neighborhoods that advocates had planned on getting overwhelming support. Many African-American neighborhoods in southwest Atlanta, south DeKalb and south Fulton fell short of the 60 percent to 75 percent the pro-TSPLOST campaign operatives had hoped for.

African-American voters in Atlanta deserted the TSPLOST in droves. The support for the TSPLOST was even less in DeKalb because of the lack of a South DeKalb rail line in the project list. It is not difficult to conclude that the fairness test was a deciding factor for many African-Americans.

If the TSPLOST was to have had any chance of winning it needed African-Americans to combine with other Democrats. That did not happen. (Citywide, the MOST garnered 85 percent of the vote but just 58 percent for the TSPLOST – a drop off of 32 percent).

If another referendum is to pass or another method of funding is created, then fairness and equity must be incorporated. The planning process must not only allow the public to give input but it must incorporate their ideas. That is why our coalition is working to conduct a community-based transportation planning process that will dovetail with future efforts.

We are concerned with Gov. Nathan Deal’s declaration of sole control over metro Atlanta’s transportation projects and his unfounded attacks on MARTA and transit. As projects are determined it ought to be based on the needs and wishes of the citizens.

The most important issue raised by our coalition might be the exclusionary practices at DOT. In addition to African-American business getting only 2.4 percent of DOT’s federally funded business, they only get 1.1 percent of business from state funded projects. This is an issue that we will pursue until a fair contracting process that allows African-American to receive an equitable share of contracts.

Metro Atlanta has a transportation problem. We must work together-suburban and urban, black and white, young and old-to solve the problem. But, it is essential that fairness be part of the process.