Fannie Mae’s rebound means taxpayers have been repaid in full

The U.S. Congress should use caution if it undertakes housing finance reform because of the complicated nature of the industry and because of the potential risks involved, according to Timothy Mayopoulos, president and CEO of Fannie Mae. 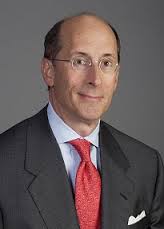 Mayopoulos was the guest presenter at Monday’s Rotary Club of Atlanta where he was interviewed by Rotarian Egbert Perry, founder of the Integral Group who also serves as chairman of Fannie Mae.

Both Mayopoulos and Perry spoke about how Fannie Mae had developed an unfavorable reputation in the country after the 2008 economic crisis and required a federal investment from the U.S. Treasury of $116.1 billion.

As of December, 2014, Fannie Mae is estimated to have paid back dividends of $134.5 billion back to the U.S. Treasury. Perry said that Fannie Mae’s sibling company, Freddy Mac, had gone through a parallel experience.

When asked about the future of housing finance reform by Perry, Mayopoulos said it was hard to predict what could happen during the next Congress. But he did say much would be at stake in how the issue would get resolved.

Although many elected to Congress believe it is best to reduce the role of the federal government in housing finance, Mayopoulos said that nearly every country in the world plays a public role in housing because of the “fundamental societal need.”

Looking back, Fannie Mae, which was placed in conservatorship in 2009 during the financial crisis, ended up providing stability in the U.S. housing market.

“This housing finance system works,” said Mayopoulos, who joined Fannie Mae as general counsel in 2009 before becoming its CEO a couple of years ago – playing a critical role in the recovery of the company.

“Fannie Mae was able to repay the taxpayer within five years. It is sustainable,” Mayopoulos continued. “The system works. Any new system being discussed would involve a lot of change and would have a huge amount of risk. It’s important for policymakers to consider how much change do you want to introduce after the crisis when things have stabilized.”

Perry said that since 2009. Fannie Mae has provided $4.3 trillion in liquidity in the mortgage market. Fannie Mae currently has a $3.1 trillion book of business – primarily in providing secondary mortgage financing.

The operating capital that it has to manage that book of business is $2.4 billion, and Perry said that amount is scheduled to be reduced by $600 million every year until it is down to zero.

When asked how the agency would function without that capital, Mayopoulos said those were decisions that had been made when the agency was placed in conservatorship.

The luncheon did serve as an opportunity for Perry to thank local Fannie Mae employees for their service. There was a time when employees didn’t even want to acknowledge they worked for the company. Now that public sentiment is beginning to change, Perry and Mayopoulos said.