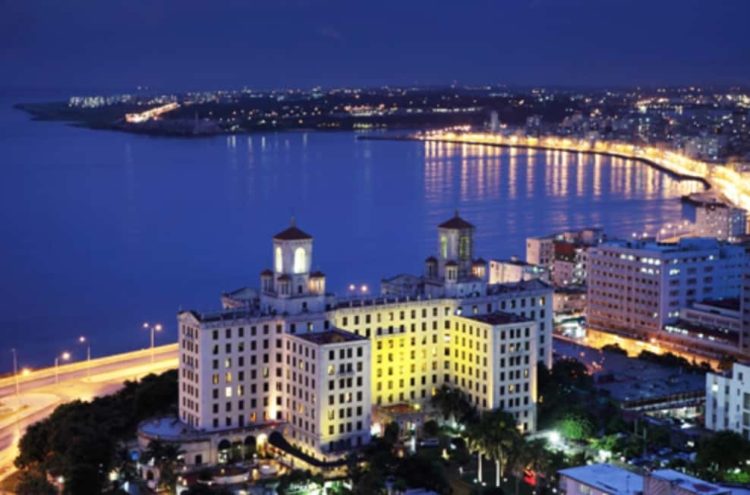 Delta Air Lines, Inc. should have a good sense by Friday as to whether it will retain the three daily routes to Cuba it was tentatively awarded this month, including one from Atlanta. Friday is the day the federal government is to respond to objections to its tentative awards. 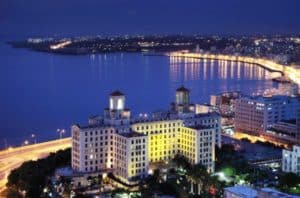 Two governmental entities and four airlines have filed formal objections to the tentative route awards, according to federal filings. Two entities sent letters saying they were disappointed that Washington wasn’t awarded a route, won’t file an objection, and hope to receive a route to Cuba in any future expansion.

The U.S. Department of Transportation expects to reach a final decision on routes to Cuba later this summer. The DOT accepted objections through July 22 and has said it will answer them by Friday. The tentative list of routes was released July 7.

For its part, Delta has expressed its opinion that its tentative routes will be finalized.

“We look forward to providing the market with excellent customer and operational performance that will reunite families and support a new generation of travelers seeking to engage and explore this truly unique destination,” Nicolas Ferri, Delta’s Vice President – Latin America and the Caribbean, said in a statement.

The city and county of Denver, which operates Denver International Airport, filed an objection. Denver said it recognizes DOT’s goal of choosing cities and airlines that can serve large numbers Cuban-Americans. However, Denver contended, Frontier Airlines could serve 8 percent of the nation’s Cuban-American population from Denver. In addition, economic development in metro Denver is an issue: 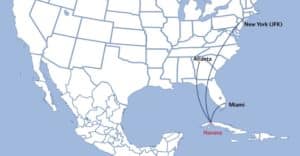 Delta has tentative approval from the federal government to fly three daily routes to Havana, from Atlanta, New York and Miami. Credit: Delta

Frontier filed an objection, as well. It didn’t argue for its application to fly a Denver-Havana route. Frontier wants to grow its business in Florida.

Frontier called on DOT to eliminate six tentative routes assigned to Fort Lauderdale Hollywood International Airport, move them to Miami, and give one of them to Frontier. Frontier said that would increase its Cuba-bound passengers from 18 percent to 30 percent of the Miami market. As a low cost operator, Frontier said its presence would, “impose far greater downward pressure on the prices to be charged [by competing airlines].”

The Massachusetts Port Authority, which operates Boston Logan International Airport, filed an objection. At the beginning, it indicates Massport was insulted by not receiving a route: 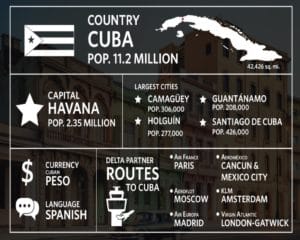 The U.S. and Cuba reestablished diplomatic relations in July 2015. Air flights from the U.S. to Cuba are to begin this year. Credit: Delta

At this point, Massport summed up its objection like a closing argument by a Harvard-trained lawyer who leads jurors to an answer that should have been self-evident:

The entities that expressed disappointment that Washington didn’t get a route were the Arlington (Va.) Chamber of Commerce and the Metropolitan Washington Airports Authority.

United Airlines, Inc. had proposed to operate the Washington-to-Havana route. United didn’t protest too loudly, and in its comment letter to DOT first thanked the DOT for granting it routes from Newark and Houston to Havana. Then United looked toward the future: 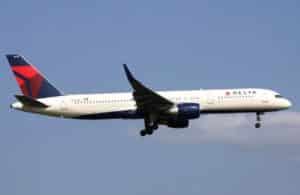 Delta has announced plans to fly the Atlanta-to-Cuba route with its 199-passenger Boeing 757-200. Credit: wikimedia.org

Delta secured tentative approval for daily flights to Havana from Atlanta, New York and Miami. Delta has said it intends to begin service within 90 days of the final ruling on routes by the DOT.

Delta didn’t get all it had requested. According to DOT’s ruling, Delta had applied for five daily flights to Havana:

Remembering Papa on Father’s Day; knowing how mad he would be about Trump’s reversal on Cuba
Maria Saporta June 19, 2017 3:40 am