Each of us has our favorite spot outdoors. For some, it’s our backyard or a park in the neighborhood, and for others, it’s a place in the mountains or at the beach. For me and a lot of other people, it’s the Chattahoochee River.

Many of us know that most of Atlanta’s drinking water comes from the Chattahoochee, but the river is also one of America’s greatest places for recreation.

On Saturday, Sept. 24, we had a chance to celebrate yet another piece of protected land on the river, when The Trust for Public Land (TPL) donated 22 acres in Johns Creek to the Chattahoochee River National Recreation Area. The land, worth about $1.45 million, is located at the foot of historic Rogers Bridge, a span which dates back to the early 20th century.

TPL protects land for people across the country.

Founded in 1972, The Trust for Public Land has had offices in Georgia since 1992. TPL’s broad experience has made us a national leader and innovator in city park creation, and state and local conservation funding. We have protected more than 20,000 acres, including 16,000 acres of parks and open spaces along more than 76 miles of the Chattahoochee. 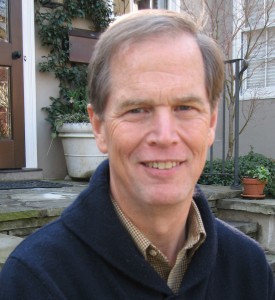 Here in the Atlanta area, the Chattahoochee and its banks have become one of our greatest outdoor spaces, used annually by more than 3.5 million people for a wide variety of activities, including boating, fishing, picnics, jogging, or just getting outside to enjoy the beautiful trails and sights along the water.

Saturday’s gift by TPL is the organization’s latest success. Since 1995, TPL has partnered with other groups and communities to protect a green corridor along the river, all the way from Helen in the northern mountains, down to Columbus. Saturday’s donation means TPL has protected land costing more than $250 million for Georgia.

TPL and the community have had help from the federal government, through a program which is one of the most effective and yet one of the least-known. And on top of that, the program doesn’t even use taxpayers’ money.

It is called the Land and Water Conservation Fund (LWCF), and was created by Congress in 1964. Recently, LWCF money was used to protect other land near Rogers Bridge.

Congress intended that $900 million a year should go into LWCF. All the money comes from fees paid by oil companies who drill for oil and natural gas offshore. The idea is that some of money the government receives from using natural resources we all own should go back into creating other places for all of us.

And over the years, that is exactly how the program has worked. In our area, LWCF money has helped protect thousands of acres along the Chattahoochee, Civil War battlefields like Kennesaw Mountain, and at the Martin Luther King Jr. Historic Site.

LWCF is also a good economic investment. Each year, almost $3.5 billion is spent in Georgia by people using the outdoors, such as hunters, fishermen and those looking at wildlife.

Now, Congress is considering all but eliminating LWCF money. In the fiscal year starting Oct. 1, the House of Representatives has proposed to spend only about $90 million for the program, or about 10% of the money paid into the fund by oil companies.

Congress needs to cut the federal budget, just like everyone I know is doing with their own personal budgets. But cutting LWCF doesn’t help balance the budget. It just takes away the most effective tool there is for protecting land.

I hope you agree Congress shouldn’t cut out effective programs like LWCF.

And if you come out to the river, look for me. I’d love to hear about your favorite spot.

For more information on the Trust for Public Land, please visit: www.tpl.org.