Federal funds to cover lion’s share of retooling of dangerous stretch of Ga. 316 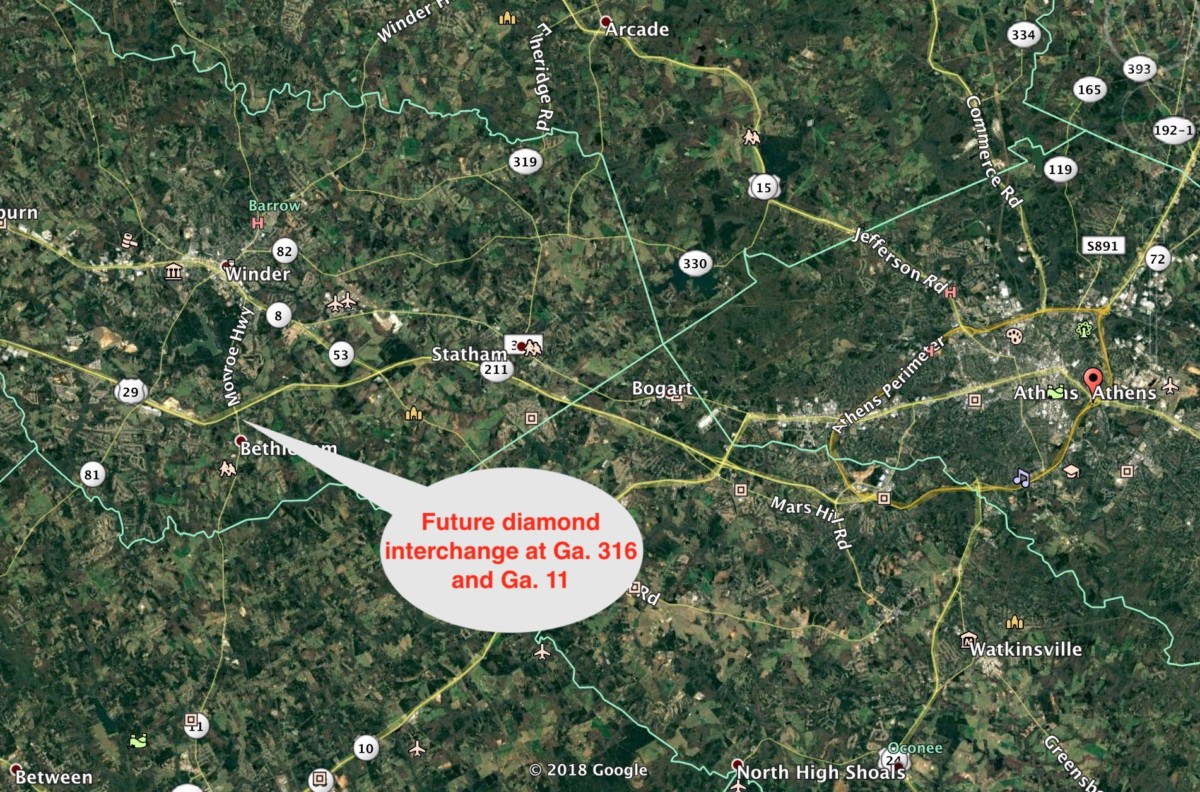 A crash-plagued intersection west of Athens, on Ga. 316, is to be made safer through construction of a diamond interchange that has received significant federal funding, the Georgia Department of Transportation announced Tuesday. 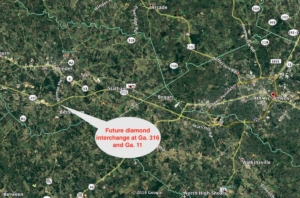 The U.S. DOT awarded a grant of $24.8 million for a project slated to cost $32.2 million, according to the award announcement issued Dec. 11 by the U.S. DOT. The federal award amounts to 77 percent of the expected construction cost of the Ga. 316 project.

The award was part of $1.5 billion in awards made through the Better Utilizing Investments to Leverage Development (BUILD) Transportation Grants program and support road, rail, transit, and port infrastructure projects across the country.

A construction schedule was not provided by GDOT or the U.S. DOT.

The intersection of Ga. 316 and Ga. 11 is located about 25 miles west of Athens, in Barrow County, and handled about 40,000 vehicles a day, according to the statement by GDOT. The two roads meet at the same grade level. The funding announcement by U.S. DOT describes the project as one of safety in a rural area:

The plan for the diamond interchange is described in the announcement as: 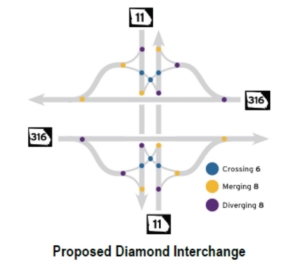 The proposed diamond interchange at Ga. 316 and Ga. 11 will create and elevated crossing to reduce the likelihood of crashes. Credit: transportation.gov

The Innovation Crescent is a consortium of more than 15 counties, and their economic development entities, working to expand the region’s science and technology clusters, according to a statement by Georgia Bio.

“This grant is significant and aids in our efforts to improve safety and operations along SR 316 from I-85 to Athens while enhancing quality of life and Georgia’s economic competitiveness along this critical corridor,” McMurry said in a statement. “The BUILD grant award also recognizes the USDOT’s focus on transportation investment in rural America. We are very grateful for the strong support of Senators Isakson and Perdue on this project and their focus on Georgia’s transportation infrastructure.”

The BUILD program replaces TIGER grants, which are familiar in Atlanta for the money they provided to build the Atlanta Streetcar. The Trump administration replaced TIGER, which stemmed from the 2009 American Recovery and Reinvestment Act signed into law by then President Obama.