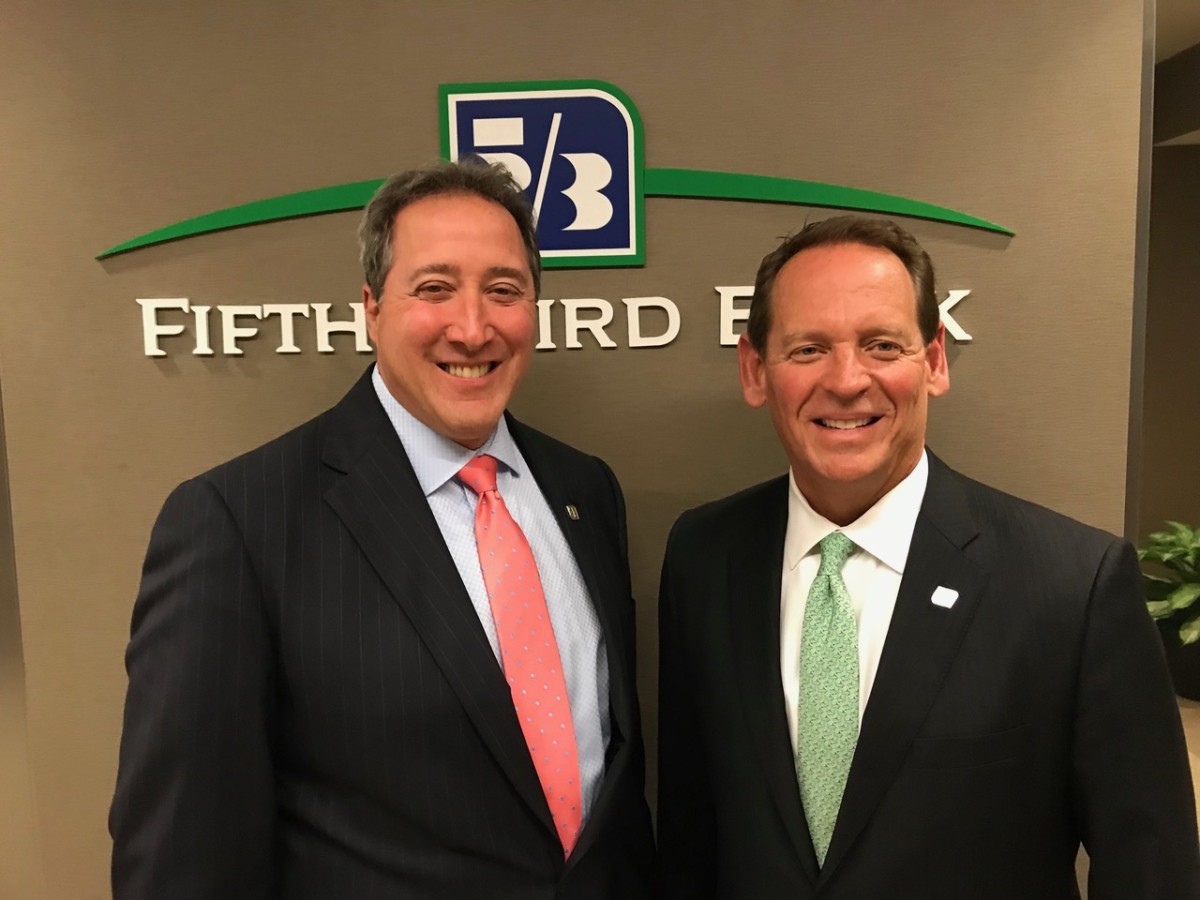 By Maria Saporta and Collin Huguley
As published in the Atlanta Business Chronicle on June 15, 2018

An Ohio banking powerhouse has plans to build an even stronger hold in Atlanta.

Having been in the Atlanta market since 2008, Cincinnati-based Fifth Third Bancorp now appears ready to make a significant move towards solidifying its Atlanta presence by adding to its branch network at an accelerated pace.

Fifth Third currently has 30 locations in the Atlanta area, including ones in Roswell, Kennesaw and other parts of Cobb County, and three more locations in Augusta. It is looking to add 10 new branches in and around Atlanta in the next “year or so,” according to CEO Greg Carmichael, who visited Atlanta June 6 and spoke to Atlanta Business Chronicle. 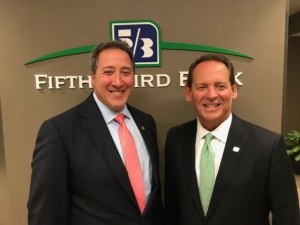 “It’s an extremely attractive and important market for us, but it is also one with tremendous growth potential,” Carmichael said. “We are investing heavily in it.”

Fifth Third (Nasdaq: FITB) has tremendous room to grow in Atlanta. Ranked by deposits, it’s now metro Atlanta’s 16th largest bank with $1.3 billion in deposits in metro Atlanta – or less than 1 percent market share — as of June 2017 (the most recent figures available from the Federal Deposit Insurance Corp.)

The bank has a low profile in metro Atlanta, most notably as the official bank of Kennesaw State University athletics which gives it naming rights to the school’s football stadium – Fifth Third Bank Stadium.

An industry observer, who does not have specific knowledge of Fifth Third’s plans, said it would be reasonable to suspect a bank of Fifth Third’s size nationally (13th largest bank in the country with $144 billion in assets) would need to make acquisitions in order to grow in an area outside of its own market. Acquisitions are the more common way for a dominant bank to grow outside established markets, the observer, said, adding that if Fifth Third grew to a large presence in metro Atlanta organically without an acquisition, the bank would be the first in the observer’s memory to do so.

Fifth Third’s Atlanta growth plans come as Georgia banks are being snapped up by institutions looking to expand into the state and metro Atlanta.

John Corbett, president and CEO of CenterState, told analysts on April 25 that banks moving into Atlanta should make moves without wasting time. “It was evident to us that Atlanta would be rapidly consolidating in 2018, just like North Carolina did a couple of years ago,” Corbett said. “We’ve seen four Atlanta banks sell in the last couple of months. So if we were ever going to enter the Atlanta market, time was of the essence.”

Recently, Fifth Third has been active to dramatically improve its standing in other major markets. In late May, it agreed to acquire Chicago-based MB Financial Inc. for approximately $4.7 billion. The deal will propel Fifth Third to the second-largest bank in the Chicago market in terms of deposits, with a total of $19.4 billion – a market share of 9.7 percent.

While Fifth Third is being active in growing markets like Chicago and Atlanta, it has also scaled back in other areas. It has closed about 150 branches nationally in the prior two years and has plans to close nine more branches by the end of the third quarter, according to Cincinnati Business Courier, a sister publication of Atlanta Business Chronicle. 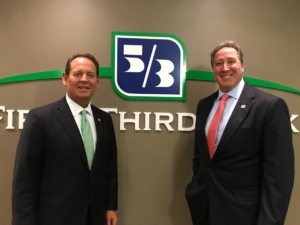 Fifth Third has about 300 employees in Georgia. Randy Koporc, executive vice president and Georgia regional president, projects that Fifth Third will add seven new employees with each of the 10 new branches that are being targeted.

The Cincinnati-based bank entered the Atlanta market in 2008 in the midst of the financial crisis when it acquired some retail branches of First Horizon National Corporation (NYSE: FHN). Now, having been in the Atlanta market for about 10 years, Fifth Third is ready to take its presence to another level after taking a methodical approach to building the company’s foothold in Georgia.

The first step for Fifth Third’s expansion in Georgia is to create more density in an area that Carmichael refers to as the “northern fan,” where Fifth Third already has locations in places like Cobb County and Roswell, before moving on to other areas of Georgia.

“We came into the market with the intention to expand, and the financial crisis put banks in a holding pattern for a few years,” Carmichael said. “We want to have a larger presence in our retail franchise – continue to add to our branching network.”