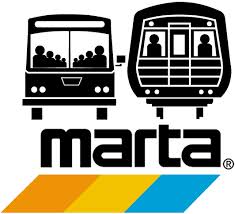 Editor’s note: This story has been updated with the vote Monday by MARTA’s board of directors to approve the proposed budget.

The first annual budget to be presented by MARTA’s (somewhat) new GM/CEO provides something for both employees and passengers. MARTA’s board of directors approved the proposed budget Monday.

MARTA GM/CEO Keith Parker, who testified at the state Capitol this year, hopes the budget the MARTA board is to adopt Monday will satisfy the state Legislature that MARTA intends to properly manage its resources. File/Credit: State of Georgia

Keith Parker started at MARTA in December and made it clear during several meet-and-greet events that he intends to focus on both riders and employees. His goal is to improve the perception and reality of metro Atlanta’s largest transit system.

For passengers, MARTA’s budget provides for a 12-month deferral of a planned fare increase, heightens sense-of-safety measures, and provides for the reopening of bathrooms in stations. For employees, there’s a no-cost package including a relaxed dress code and telecommute program, plus pay incentives. For system well-being, there’s $155.5 million in capital investments.

Here are some highlights from the budget for fiscal year 2014, which begins July 1:

Parker’s budget appears to follow through on the themes he sounded when he was introducing himself to various stakeholder groups around metro Atlanta.

For example, at a luncheon event with the DeKalb County Chamber of Commerce, Parker told a packed room that no organization, including MARTA, can succeed without four elements. This is the list Parker provided:

Parker spoke positively about budget he’s proposing for the upcoming year. In a statement released in April, when the proposal was unveiled, Parker said:

“There is very good news in this budget. We are moving forward with initiatives that will put our financial house in order with no new sources of funding. At the same time, our goal is to make people feel safer when they’re riding MARTA and offer them great customer service from employees who are proud to work here.”

MARTA’s board of directors met Monday afternoon and approved the first budget recommended by Parker since he started at MARTA in December. MARTA’s board selected Parker in October, convincing him to depart the VIA transit system in San Antonio, where he served as president/CEO.