Florida is poised to close Apalachicola Bay to oyster harvesting in a board vote slated for July 22. The move comes as the Supreme Court finished its year without ruling on the water war between Florida and Georgia. 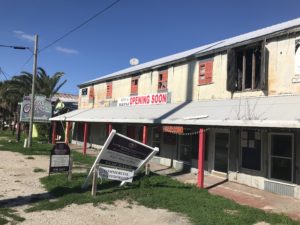 Boss Oyster and the adjacent Apalachicola River Inn were famed destinations in Apalachicola, Fl. that have not recovered from Hurricane Michael’s damage, in 2018, and the demise of oyster harvests in the bay. Credit: David Pendered (February)

The proposed closure is the most dramatic step to be taken by Florida during its long-standing complaint against Georgia. Florida contends Georgia’s water consumption has wrecked the oyster population in the Apalachicola Bay by restricting the amount of freshwater flowing into the bay, where the lower salinity it causes keeps predators away from oysters.

The closure would start Aug. 1 and extend through Dec. 31, 2025. The expectation is that the oystery may recover during the shutdown while a large-scale restoration program and oyster management plan is developed with funding provided by the National Fish and Wildlife Foundation, according to the proposal pending before the Florida Fish and Wildlife Commission. The proposal says the future of the oyster fishery will be discussed after the oyster restoration is “complete” – a term that does not appear to be defined in the proposed rule.

The economic impact of the proposed closure prompted an outcry from several members of the Franklin County [Fl.] Board of Commissioners, the county in which the bay is located. Some said they think the oystery may never be reopened to commercial harvest. 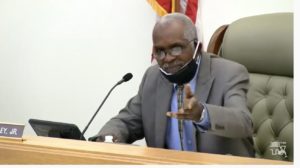 “You’ve got people out there working in the bay,” commission Chairman Noah Lockley, Jr., a commercial fisherman, said at the commission’s July 7 meeting. “These people need to either get some help or get some retraining, or something. That’s what they’re supposed to do, but they’re just going to come shut the bay down. A lot of them already out of work. Now you’re going to put them all the way out of work. Give them something to do. Put them on a program of working somewhere.”

The ban would cover both recreational and commercial harvesting of oysters, according to the proposed draft rule. Possession of an Apalachicola Bay oyster in or on the bay would be banned, as would be possession of the wooden tongs used to harvest oysters.

The Florida Fish and Wildlife Commission is slated to vote on the proposal at its July 22 meeting. The FWC staff recommends the commission revisit the issue at its Oct. 7 and vote to finalize the rule. The following language is the highlight of the recommendation for closure, as presented by Jessica McCawley, director of Marine Fisheries Management: 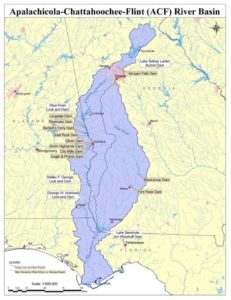 The Supreme Court agreed to hear a lawsuit Florida filed in 2013 against Georgia. The dispute over Georgia’s water use dates to the 1980s and has involved Alabama, Florida and Georgia.

Justices ended the year without taking action on a special master’s recommendation that Georgia does not need to provide additional water to Florida. The recommendation observed that Florida’s management practices were a significant cause of the decline in the bay’s oyster population. The 2020 court term begins Oct. 5 and no dates have been set for the release of opinions, according to the court’s calendar.

Previous Article
NeighborWorks America to release 2020 Housing Affordability and Financial Capability Survey
Next Article
But was his mother proud?