Last year, more than 4,800 pre-owned medical devices such as wheelchairs and hospital beds were provided at little to no cost to the disabled by a non-profit organization that works from a warehouse near Stone Mountain.

Like many non-profits, FODAC does its work out of the public limelight. But to those in the reuse industry, including Bill Bolling, the founder and CEO of the Atlanta Community Food Bank, FODAC is well known and serves a need that is likely to grow as government service is reduced. 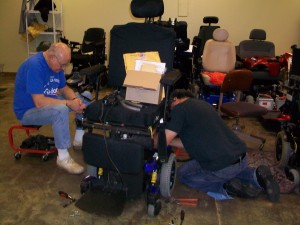 Melvin Harden (left) and Carlos Ingram refurbish a wheelchair that will be provided to a disabled person at little to no cost. Credit: David Pendered

FODAC is the acronym of Friends of Disabled Adults and Children. Its answer to a rising need for its devices – evident in the 18 percent increase in orders filled last year compared to 2010 – is to collaborate with the government and other service organizations, such as the Rotary and Kiwanis, in hopes of helping more people and families.

“Our mission is to allow people to go home and heal, provide help to caregivers, and help people get back to work and back to school,” said Chris Brand, FODAC’s president and CEO.

Examples of FODAC’s efforts to meet the challenges of the post-recession economy include: 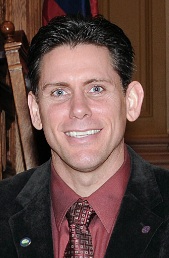 FODAC’s founders, Ed and Annie Butchart, started their volunteer work in 1978, after he retired from a 20-year career with the Marines. His job in medical sales brought him into contact with many disabled people and he began helping them around their homes.

Soon, the couple turned their garage into a workshop where they refurbished wheelchairs and gave them to disabled people who couldn’t afford them, often because the recipients had little or no insurance. The couple incorporated their venture as a non-profit after getting an offer of financial support from Jack Ballard, then senior minister of Mount Carmel Christian Church, in Stone Mountain.

FODAC has grown to the point that it now provides medical devices every year that are valued at more than $9 million. Home services and modifications include help installing FODAC equipment onto vehicles, installation of entrance ramps, and a myriad of small but significant adaptations that allow the disabled to remain in their home.

In addition to reaching out to service clubs and seeking partnerships with government programs, FODAC is trying to balance its budget through increased reliance on fund-raising programs that include a thrift store, golf tournament and the May 5 “Run, Walk and Roll” event at Stone Mountain Park. 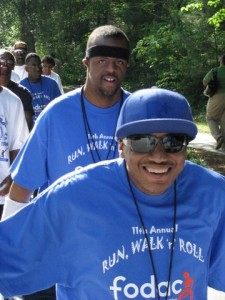 Coming up on May 5, FODAC's annual "Run, Walk and Roll" event raises money and awareness.

These efforts attempt to fill the void in the $1.5 million annual budget brought on by a drop in corporate and private donations during and after the recession.

FODAC reports that 93 percent of profits from the thrift store’s sale of donated household and clothing go directly to program funding. The upcoming event at Stone Mountain is expected to raise something in the range of $30,000. Brand says the money is important, but even more significant is the awareness that the annual event brings to the organization.

“We’re having a very lean year,” Brand said. “We need more volunteers, and we have a huge opportunity for volunteers to work in the thrift store and for operating support. ‘Run, Walk and Roll’ brings awareness of FODAC, and that is every bit as important as the money.”

Bolling, of the Atlanta food bank, said the issue of awareness is one of the emerging challenges that non-profits will have to meet in order to survive.

“The basic model of capturing unmarketable commodities has proven itself,” Bolling said. “What FODAC and all of us haven’t done as well as we could is to let the larger community know about the good work being done. In the long run, we all have to have that basic community support to sustain ourselves over time.”

Previous Article
MARTA now can seek federal funds for two proposed rail lines, one bus route that are to cost $3.5 billion
Next Article
What’s your favorite part of Sprout Space?