For Georgia to remain competitive, investing in MARTA and transit are key 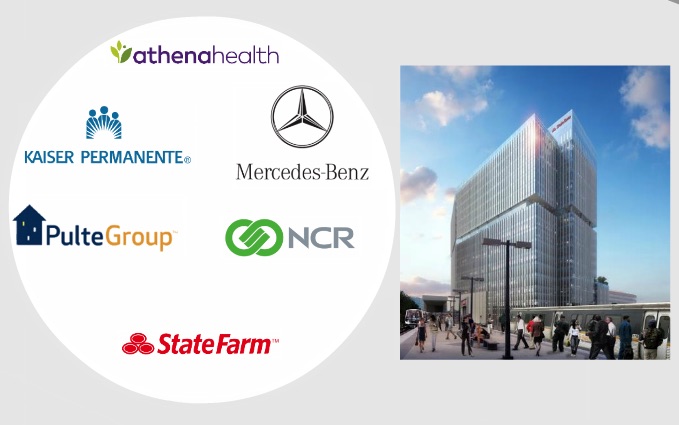 For decades, Georgia has had several road-building initiatives geared to attracting new companies to the state.

They’ve been called developmental highways or the Governor’s Road Improvement Program (GRIP) – and they’ve all involved spending hundreds of millions of dollars of state money to build four-lane roads to almost every corner of the state.

Today we need a new strategy – one we could call development rail or developmental transit.

Most of the major new companies making investments in Georgia are locating near a MARTA rail station. But the State of Georgia has given virtually no operating support to MARTA’s rail infrastructure. 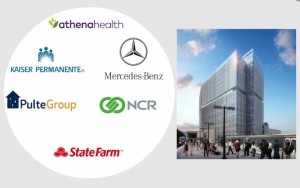 If the state were serious and consistent about wanting to invest in transportation modes that would generate the greatest economic impact, then it would be a major investor in rail transit.

But, for any number of reasons, the State of Georgia has not been a player in funding MARTA or passenger rail.

A recent study estimated that this $8 billion plan to expand MARTA would stimulate and additional $5.2 billion into the economy over the next 25 years, and it would lead to 45,000 new jobs. Plus it would save $1.8 billion in lost revenue and productivity brought on by commuters sitting in traffic.

A couple of bills currently in the legislature would allow MARTA to have a referendum in Fulton and DeKalb, and perhaps Clayton, to add another half-penny sales tax in those jurisdictions for more than 40 years.

That half penny would allow MARTA to qualify for federal transit funds to build out new transit. 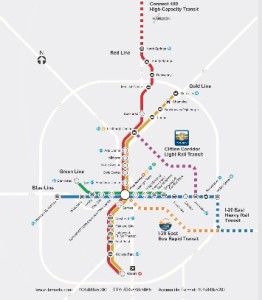 Now I support as much funding for MARTA and transit as possible, and I welcome such a referendum.

But there is a part of me that questions why only two counties (at the most three) are having to carry the burden of building a regional transit system when the State of Georgia is benefitting from the economic investment.

This is not a new question. Georgia enjoyed a significant economic bounce from the 1996 Summer Olympic Games, from the two Super Bowls, from the Final Four championships and from all the conventions that come to Atlanta. But Georgia would not have gotten those events if it had not been for MARTA.

Now the question is even more significant because a host of companies deciding where to invest their headquarters and buildings for decades to come are picking locations that are next to MARTA stations.

One of those companies is Pulte Homes, a Fortune 500 company that recently moved to Georgia in a building next to the Buckhead MARTA Station.

Richard Dugas, the CEO of Pulte Homes, said MARTA played a critical part in the decision to locate where it did. And Dugas, who co-chairs the public policy committee for the Metro Atlanta Chamber, strongly supports the expansion of MARTA and the half-penny sales tax.

A couple of the mayors in North Fulton, however, have spoken out against another half-penny for MARTA.

That’s what happened in Clayton County. The Clayton Commission was closely divided on whether to give its residents an opportunity to vote in favor of joining the MARTA system. But once the commission approved putting the question on the ballot, it passed by a margin of 74 to 26.

Dugas said one reason MARTA is enjoying a resurgence is because of the leadership of its CEO – Keith Parker.

“The service levels are great; it’s safe,” said Dugas, adding that MARTA has taken a progressive approach by encouraging transit-oriented development. “Pulte would love to develop around one of the MARTA stations. It’s a huge opportunity.”

When asked why MARTA isn’t seeking state funding for its expansion plans, Parker said the transit agency was being realistic. If MARTA waited for the state to do its share, it would fall further behind in meeting the market needs for more transit.

In a perfect world, the State of Georgia would recognize what an economic asset MARTA and transit are to the state. It could encourage local jurisdictions to invest more in transit by offering to match whatever funding a local community was willing to make.

That would instantly double the amount that could be invested in transit, and it would provide an incentive to local communities to invest in transit. Remember, there are 128 transit systems across the state so it’s not just a matter of metro Atlanta versus the rest of the state.

As Dugas sees it, the vision of our leaders is changing. Once other major counties – say Gwinnett or Cobb – were to join MARTA, then the state might be willing to start paying its fair share.

“Attitudes are evolving,” Dugas said. “It wouldn’t surprise me if that attitude changes with the continued public outcry for MARTA.”

In my mind, that cannot happen soon enough.

But in the meantime, investing an additional half penny in MARTA will be of great benefit to Fulton, DeKalb, and yes, to the rest of the Atlanta region and the entire state.