For his 90th birthday, Andrew Young’s greatest desire is peace on earth.

More than 1,800 people attended Andrew Young’s 90th birthday gala at the Georgia World Congress Center Saturday night, It was a night of accolades, remembrances, gratitude for Young’s lifetime of service as a preacher, a civil rights leader, a Congressman, a U.S. Ambassador to the United Nations, an Atlanta mayor, co-chair of the Atlanta Committee for Olympic Games, a businessman, a foundation executive and most importantly as a family man and friend to all.

Yet the sad backdrop of the evening was the recent Russian invasion of Ukraine and the fear that it could escalate into a war between Europe and Russia. 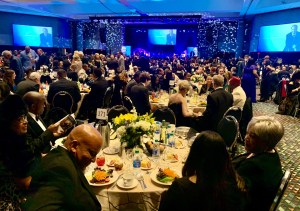 After hearing expressions of love and admiration from friends and family, it was Young’s closing words at the end of the gala that brought it all home.

“I’m waiting on a miracle in Europe and Russia,” Young said. “We need to find ways to pray that this war will be brought to an end as soon as possible.”

One theme has flowed through every phase of Young’s life — peace. He is a man who has sought to bring peace to the segregated South, our divided nation and our troubled world.

So, it is no surprise that the four-day birthday celebration culminating with the gala was titled Peace and Reconciliation.

The juxtaposition of the night’s celebration of Young’s life with the images of war, destruction and death of innocent civilians in Ukraine was disconcerting and jarring. Despite our best efforts to create a more peaceful world, the forces of evil, greed, power and violence continue to make peace an elusive goal.

Last August, I moderated a panel for the Rotary Club of Atlanta looking back on Atlanta’s hosting of the Summer Olympics 25 years earlier. The panel included Young, Olympic athlete Edwin Moses and former Atlanta Mayor Shirley Franklin. At the end of the program, I asked each of them to share what they think is Atlanta’s next big idea.

Young did not hesitate. He said Atlanta should strive to be a city of peace. 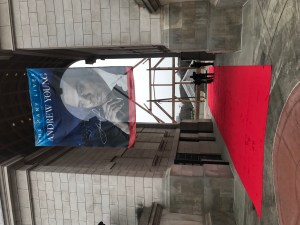 “We are probably the only city that’s produced two [Nobel] peace prize winners,” said Young, referring to the late Martin Luther King Jr. and former President Jimmy Carter. “Becoming a city of peace is an absolute necessity. That’s the only way you stop the tension that produces crime.”

The Young spoke of the Atlanta Action Forum, a group of about a dozen white businessmen who met privately with a dozen Black businessmen in the 1970s to the 1990s to work through racial differences by meeting with, listening to and learning from people with diverse backgrounds.

Young is fond of describing that as “the Atlanta Way,” an aspirational belief that we can reconcile our differences without resorting to violence.

But efforts to establish a “Peace University” among an alliance of Georgia’s universities have continued to move forward. What a coup it would be for Atlanta to become a place where people gather to develop the skills for peace and reconciliation.

Atlanta’s role as the center for global health dovetails with Atlanta as a city of peace. Young often calls on his religious training when he says his life mission has been to feed the hungry, clothe the naked and heal the sick. Human and civil rights are all intertwined in making sure people can live in a healthy and peaceful world. 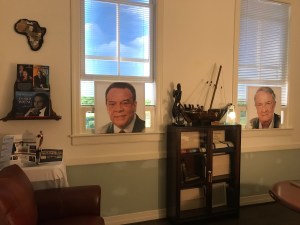 A replica of Andrew Young’s office is on display at the Millennium Gate. (Photo by Maria Saporta.)

During Saturday night’s gala, many speakers referenced Young’s lifelong dedication to the cause. Atlanta Mayor Andre Dickens called Young “a living legend” — someone who has been a role model and inspiration.

“Andy Young became mayor when I was eight years old,” Dickens said at the dinner. “By the time I was 16 years old, I made it my dream to become mayor of Atlanta — in large part because of Andrew Young. He put this Southern city on the international stage. He’s never stopped being one the city’s strongest advocates working to change the world.”

Young’s wife, Carolyn, played a big role in labeling the gala and the birthday festivities as a search for peace and reconciliation.

“What we didn’t know at the time was that countries would be at war,” she said from the stage. She then called her husband her inspiration, a man of his word, a peacemaker inside of his home and out, a light during the darkest of days and a wise voice in the midst of chaos.

“With everything happening around the world, we need peacemakers,” Kumar said. 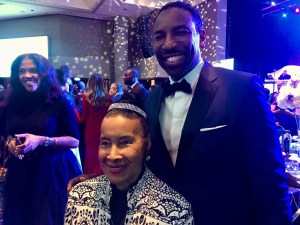 The leading corporate sponsor of the night was Delta Air Lines.

Delta CEO Ed Bastian had personally reached out to many of his peers to sponsor the dinner and support Young’s foundation.

Exactly one year earlier, Bastian celebrated Young’s birthday by naming a key building on the Delta campus in honor of the former mayor who later served on the airline’s board of directors.

“Andy pushed us to continue to expand our operations to cities and more countries,” Bastian said. “We are now the No. 1 airline in the world connecting to the continent of Africa. You can thank Andy for that. Andy is a globalist. The world needs Andy’s vision now more than ever — global peace through reconciliation and through understanding.”

When Young finally got up to speak after a long night of tributes — and after four days of non-stop activities, his comments were uncharacteristically short and sweet.

It was a painful reminder that the leaders who built this city are mortal. It reminded me of 2003 when we lost both Mayor Ivan Allen Jr. and Mayor Maynard Jackson within 10 days of each other,

Massell was always a gracious soul who lived life with humor and warmth. One of my favorite memories was how Massell would preside over the Buckhead Coalition’s annual meeting with the election of officers. He sounded like an auctioneer quickly asking for ayes and nays without pausing for an instant before saying the ayes have it. It brought laughter every time he did it.

But Massell’s death also made me appreciate Saturday night’s events even more. Andrew Young was able to witness the love and affection we all have for him. I hate imagining the day when we will no longer have Young in our lives.

In one of the videotaped interviews with him shown at Saturday night’s gala, Young said that “when you’re 90, you can’t take any day for granted.’

The outpouring of love for Young over the past week should show him that none of us are taking Young for granted.

Thank you Sam. Thank you Andy. 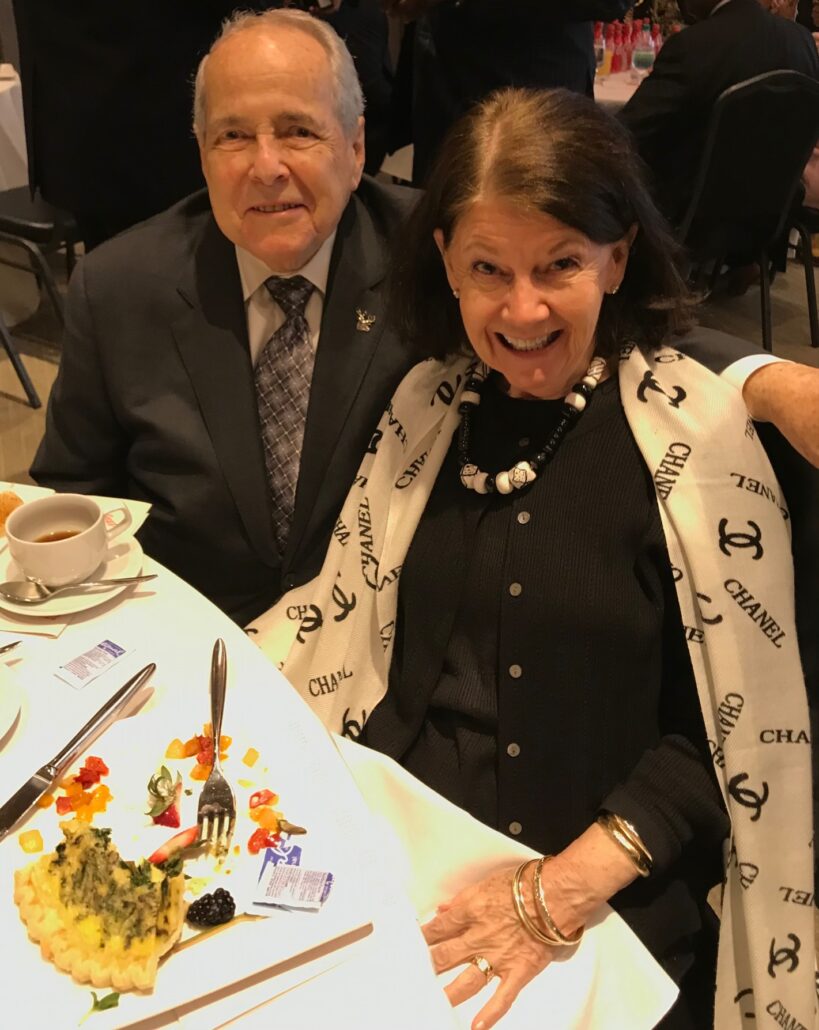 Sam Massell and Sandra Gordy at the 2019 ribbon cutting ceremony for the International Civil Rights Walk of Fame at the National Center for Civil and Human Rights in Atlanta. (Photo by Kelly Jordan.) 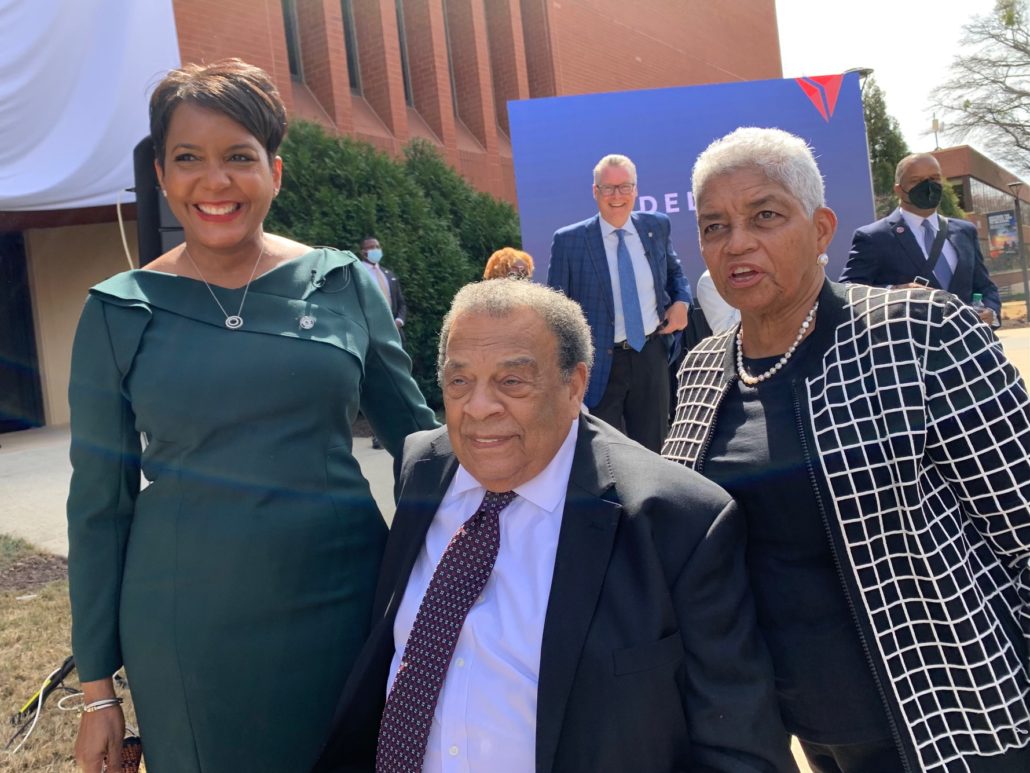