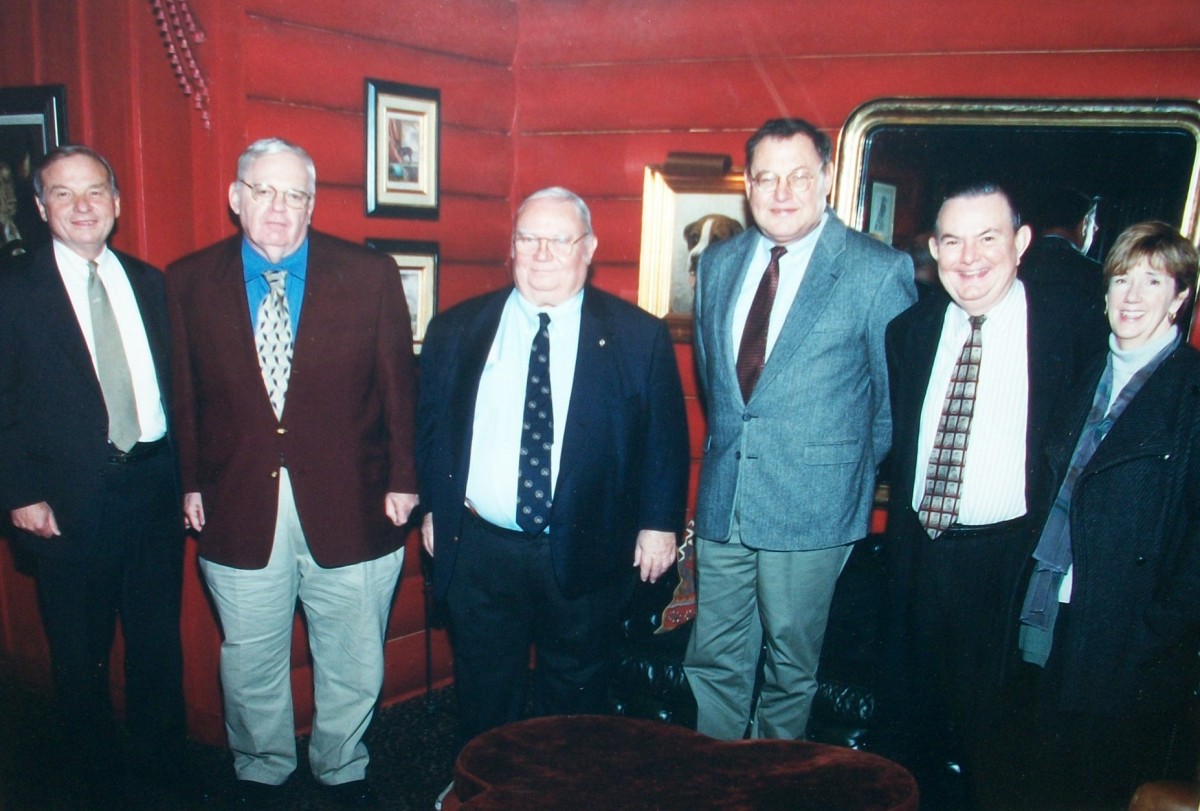 A veteran Atlanta newsman – Harold S. Gulliver – passed away Thursday morning in a Valdosta Alzheimer’s facility, where he had lived for the past few years.

My mentor George Berry sent me an email telling me of the sad news – bringing me back to an amazing time when I was privileged enough to be a youngster in a gang of newspaper legends, politicians, historians and intellectual greats. 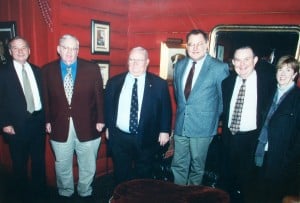 Gulliver was editor of the Atlanta Constitution (editorial page) until June 1982, the same year his only son – Harold – died tragically at the young age of 20.

“Sad end to a troubled life,” Berry wrote in his email about Gulliver. “But, I prefer to remember him as a good hearted, fun person who carried on the progressive views of Ralph McGill and others of the Atlanta Constitution of that time period.”

For more about his life, the Valdosta Times published Gulliver’s obituary after this article was published.

Gulliver had been a reporter for the Macon Telegraph and the AP before he came to  the Atlanta Constitution as an associate editor before becoming the editor of the liberal-leaning morning paper’s editorial page in 1974.

In 1984, he published a book – A Friendly Tongue – which Amazon described as a collection of essays he had written for the Atlanta Constitution from 1962 to the early 1980s.

“As Gulliver tells it, his beat in the early 1960s included ‘politics, civil rights and general foolishness,’” as stated in the description of the book. “All these pieces were written under deadline pressure, which according to the author, ‘is by no means the worst way to write.’”

The full title of A Friendly Tongue was “Perspectives on (and from) the Deep South,” and it included commentaries on Southern politics and the civil rights revolution as well as articles on Israel and South Africa.

Gulliver summarized the era with the following passage in the book:

“At the beginning of the period, Alabama Governor George Wallace was consolidating his white political base by literally standing in the school-house door to oppose integration; and yet, oddly, this same George Wallace was by the end of the era winning election again as governor with a strong appeal for black voter support. Similarly, it was hard to believe that a Lester Maddox could become governor almost solely by waving an ax handle around to keep blacks out of his restaurant.”

The book description goes on to say that Jimmy Carter ran for the State Senate in the fall of 1962 – roughly when Gulliver became a staff reporter for the Constitution. The two men met in early 1963, when Carter journeyed to Atlanta for his first legislative session as a freshman senator. 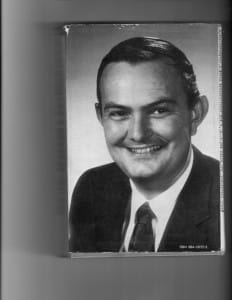 Photo of Hal Gulliver from the dust jacket of his book: “Kill With Style”

Carter and Gulliver joked about their respective positions as greenhorns, and in so doing established a mutually helpful and lighthearted relationship. The essays that chronicle “Jimmy Carter’s Time” stretch back to Carter’s first 1966 bid for governor and forward to his presidency.

Gulliver married Marian Ollie “Lovey” Godwin in Lowndes County in the late 1950s. They moved to Atlanta where they lived in Ansley Park before moving back to the Valdosta area. Mrs. Gulliver passed away on July 22, 2014 at the Langdale Hospice House.

Gulliver was a graduate of Yale University, Berry told me – helping me fill in the blanks about the newspaperman’s life.

“He grew up in Valdosta where his father was an English professor at Valdosta State.  He published at least three books, one written with Reg Murphy was “The Southern Strategy.” The book was an analysis of how the GOP’s strategy to gain a foothold in the South during the election and administration of President Richard Nixon. Gulliver also wrote a murder mystery, “Kill With Style,” set in the Caribbean.

Berry added that Gulliver titled his book “A Friendly Tongue” from a quote from one of Byron Herber Reese’s poems:

From chips and shards in idle times
I made these stories, shaped these rhymes
May they engage some friendly tongue
When I am beyond the reach of song”

After leaving the Atlanta Constitution, Gulliver went to the Southern Center for International Studies for a short stint, and he then attended 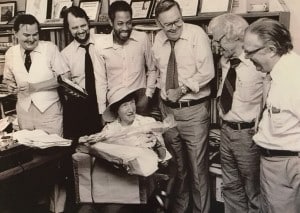 A group of journalists from the Atlanta Constitution gather around Celestine Sibley. Hal Gulliver is on far left and Bill Shipp (with glasses) is standing up behind Sibley (Special from Bill Shipp)

One of his clients was the Commerce Club, and one could often see him having lunch and libations at the legacy club at Five Points. The last time I mentioned him in a column was when I wrote about the last lunch at the legacy Club on Oct. 15, 2010 – a day when Atlanta’s movers and shakers all showed up to wish a fond farewell to the historic institution. Gulliver was there.

As far as I know, Gulliver never went to the reinvented Commerce Club at the 191 Peachtree building.

“As editor of the Atlanta Constitution Hal Gulliver will be remembered as having one of the strongest and most dynamic voices in the south to demand racial justice and the end to violence,” Bill Shipp wrote me in a text.  “Along with Henry Grady, Ralph McGill, and Gene Patterson, Hal ranks as one of a handful of editorial writers who steered the newspaper purposefully though the troubled waters of the Civil Rights and Vietnam eras. I feel honored to have worked for him.”

My most pleasant memories of Gulliver were the afternoons when the gang of guys (which did include a few gals) would gather after work at different drinking holes and talk about the issues of day and recount colorful stories of Georgia’s past.

On a good day, the ever-conservative Tom Watson Brown would get into a verbal boxing match with Bill Shipp, Gulliver and Berry about whatever issues were dividing the day. The heated conversations would be filled with historical perspectives, literary references and humor – depending on how many drinks folks had consumed.

It was a special time – now even more special because I know we can never recapture those moments in real time – only in our memories.