Georgia’s utility regulator made the right decision in allowing Georgia Power to raise rates to pay for power plant upgrades before the work is complete, according to former EPA administrator Christine Todd Whitman. 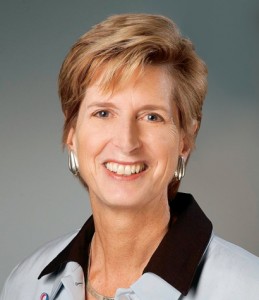 “What that does is prevent a cliff from developing, where you have to recover costs all at once,” Whitman said. “We have aging infrastructure. That’s a challenge everyone is facing across the country.”

Whitman spoke with saportareport.com discuss her concerns about a guest column on solar power. The conversation covered a variety of policy issues related to the nation’s power supply and delivery system.

The Georgia Public Service Commission approved Dec. 17 a rate hike for Georgia Power. The Sierra Club, Georgia chapter, opposed the increase for reasons including its authorization of the public utility to charge customers up to a year in advance for upgrades to be made at its coal-fired power plants and to base the charges on projections. Whitman concurred.

“Regulatory structures in the states have to allow for utilities to recover the cost from the rate base, but without cliffs so that ratepayers aren’t stuck with new costs,” Whitman said. “You have to ensure that the work is going ahead. … Trust, but verify.”

The rate case was just the latest of a series of significant issues the PSC has considered over the past two years. Previously, the PSC has considered issues related to the development of alternative energy sources, efforts to reduce emissions from coal-fired plants, and construction of the first nuclear reactors to be built in the U.S. in a generation.

The role of solar energy was discussed in a guest column by Jigar Shah, the founder of SunEdison, a solar power company. He wrote in a Sept. 15 column:

Whitman now promotes nuclear energy in her role as co-chair of CASEnergy Coalition. The former New Jersey governor contends that nuclear should be part of the nation’s mix of energy sources.

Whitman said Congress needs to enact a national energy policy as part of the preparations needed to meet a projected increase in demand for electricity. Demand is forecast to rise by 28 percent by 2040.

Energy sources that should be included in a national policy are renewables, coal, and nuclear, Whitman said.

“We need an energy policy,” Whitman said. “Congress needs to act on that. It ought to be as broad as we can make it – clean, safe, affordable, reliable energy.

“There’s going to be coal,” Whitman said. “Coal is 48 percent, 49 percent of the power mix today and we’re not going to be able to replace that overnight. … Coal is going to be impacted by the regulatory environment.

“Renewables are important and need to grow,” Whitman said. “They provide 10 percent of the energy mix. We won’t get them up in time to meet the energy gap that’s projected by 2040. Renewables today don’t meet the need for base power. Behind every wind farm and solar facility is a form of fossil fuel. Until we figure out how to store that energy from renewables, and we will one day, we need base fuels.

“From my perspective, we have to focus on ensuring that we do all we can to keep the climate clean,” Whitman said. “Nuclear is the only form of base power that releases no regulated pollutants while it creates power.”