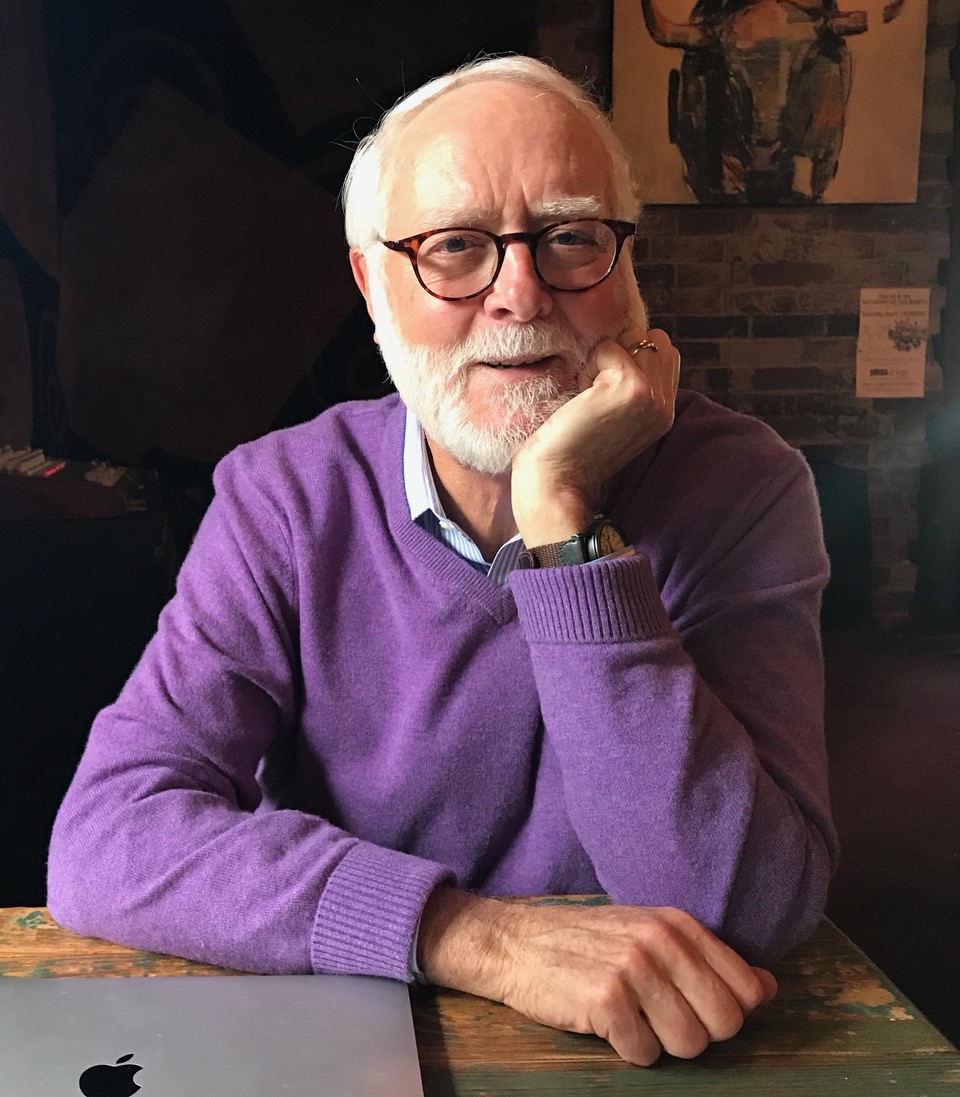 By Maria Saporta
As published in the Atlanta Business Chronicle on February 22, 2019

For Wayne Clough – a former president of Georgia Tech and secretary emeritus of the Smithsonian Institution – it is as if his life has come full circle to his youth growing up in south Georgia.

When Clough was nearing his retirement from the Smithsonian, he embarked on a book-writing journey that led him to explore his family roots within the context of its natural and human history.

The journey took him through all the various resources available through the Smithsonian’s 19 museums and galleries, the National Zoo and nine research centers as well as have access to its collections of nearly 155 million objects, specimens and works of arts.

The result is a book – “Things New and Strange: A Southerner’s Journey through the Smithsonian Collections” – which is being published by the University of Georgia Press and will be coming out May 1. 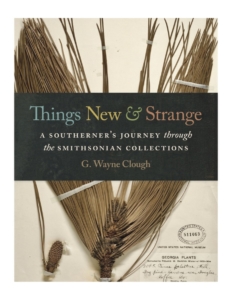 Clough spoke about his journey in a lengthy interview Feb. 18 – weaving a personal and professional tale sprinkled with coincidences and purpose about the where we are as a state, nation and world.

“I wanted to write a book about growing up in south Georgia, where I lived for 12 years,” said Clough, who asked how he could better understand where he grew up. That’s when he decided to travel through the Smithsonian’s limitless collections and to visit with curators, scientists and experts in natural and human history.

He also used the resources of the Smithsonian to explore the natural history of the area. At one time, giant ground sloths – Megatherium – with large claws roamed south Georgia until human beings entered the scene between 15,000 and 20,000 years ago – forcing numerous species into extinction. When Europeans arrived thousands of years later, it “changed the extinction equation a second time” bringing disease and killing up to 95 percent of the indigenous population in the New World.

“You never know what you are going to find,” Clough said of his journey through history. “This tells you what we have lost; what we still have; and what we should preserve.”

In the book, Clough compared it to going down Alice’s rabbit hole – once inside, there’s no going back.

The rabbit hole for Clough was the 8,000-acre farm along the Ocmulgee River in Jeff Davis County that once belonged to his grandfather – Forrest True Clough. His grandfather, who was great with horses, was not a great businessman, and he lost the farm in 1922 when Clough’s father was only 20.

“My father never took me to see his home where he grew up,” Clough said. “He closed his mind to that chapter of his life.”

Clough was born in 1941 and spent the first 12 years of his life in the town of Douglas in Coffee County, where his father owned an ice and coal plant. His youth revolved around the outdoors – exploring nearby swamps, fishing and hunting, going barefoot in the summer and spending time with the four longleaf pine trees in the yard of his home – listening to the “symphony swirling through the trees.”

The cover of Clough’s new book is a photo of a longleaf pine branch that is part of the Smithsonian collection.

“We have almost cut them all down,” Clough said of the longleaf pine.

Today the longleaf pine is found in less than two percent of its former habitat, and other creatures that depended on its ecosystem – the red-cockaded woodpecker, the eastern indigo snake and the gopher tortoise – are on the federal endangered species list.

Clough said private citizens, nonprofits, large landowners and the government are working to restore the longleaf pine and save the endangered species that thrive among them.

When Clough traced the Smithsonian’s connection to the indigo snake, he found that two National Zoo researchers had collected healthy male and female indigo snakes in south Georgia to breed them as a way to preserve the species. The surprise? The indigo snakes had come from the land once belonging to his grandfather.

That was only one of the many coincidences and connections that Clough discovered while writing his book about south Georgia. 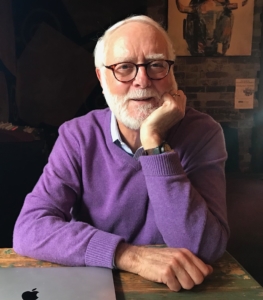 There also was the “connective tissue” Clough discovered within his own family. When his mother was only 2 years old, her parents had loaded up the family on a riverboat with sheep, cows and other animals to travel down the Oconee River. The got off at Rocky Hammock Landing on the Ocmulgee River.

But no map referred to Rocky Hammock Landing or his grandfather’s farm. So Clough reached out to a friend, Frankie Snow, who knew the territory from having studied Native American artifacts. Snow guided them down a dirt road to what had been Rocky Hammock Landing – coincidentally located on the northwest boundary of his grandfather’s farm – now a protected natural area.

“I realized that the two places I had heard about for years were in fact two pieces of a whole,” Clough write in the book. “When that riverboat carrying Grandfather Johnson and his family arrived at Rocky Hammock Landing in 1904, my mother had stepped off the boat onto the farm where my father lived. I had not only found the two sites I was looking for, I had found a singular place where my existence was preordained.”

Although his father never went to college, Clough described him as an engineer – a trait he inherited.

“I was the kid who built tree houses and built boats. It was kind of in me. I wanted to build things,” said Clough, who explained he was the first in his family to go to Georgia Tech. “I loved nature because I grew up in south Georgia. I ended up becoming a geological engineer.”

He graduated from Georgia Tech in 1964. Thirty years later, he became the first and only Tech alum to become president of the university – serving in that role until 2007. The next year, he was selected to become secretary of the Smithsonian, a job he held until October 2014 – when he already had begun the research for his book on south Georgia.

Now Clough has returned to the Georgia Tech campus, where he is the senior advisor of the Global Change Program, a relatively new initiative designed to provide solutions and create economic opportunities at the intersection of global change, climate change and energy.

Georgia Tech President Bud Peterson also asked Clough to strengthen the G. Wayne Clough Promise Program, which provides a debt-free degree to Georgia students from families with an annual income of less than $35,000.

“My philosophy in life is everyone deserves a chance,” Clough said. “When I grew up, I saw what a lack of opportunity did to families.”

To drive home the point, the last chapter in his book is about Jimmy Carter, who had grown up with the same experiences and values as Clough and was the only U.S. president to come from south Georgia.

“Carter was ahead of his time in understanding the nation’s need for non-carbon-based sources of energy,” Clough wrote in his book. “Having grown up in south Georgia and having been educated as a nuclear engineer, he knew something about the power of the sun.”

In February 2017, Carter turned on the power switch on a 13-acre solar array installed on one of his peanut fields, an installation that helps provide electricity for Carter’s hometown of Plains.

Today Clough is dedicated to teaching engineers about green technology and the impact of climate change.

“I felt Georgia Tech could do a lot in this area,” Clough said. “Engineers have to be educated differently. They have to understand the science of climate change.”

Clough, 77, said he hopes his approach to researching the book could be a new way of teaching – tracing both natural and human history and showing how they are intertwined. He also hopes the book will motivate others to use the Smithsonian’s resources to explore their own histories.

He quoted the great naturalist John Muir, who said, “When we try to pick out anything by itself, we find it hitched to everything else in the universe.”