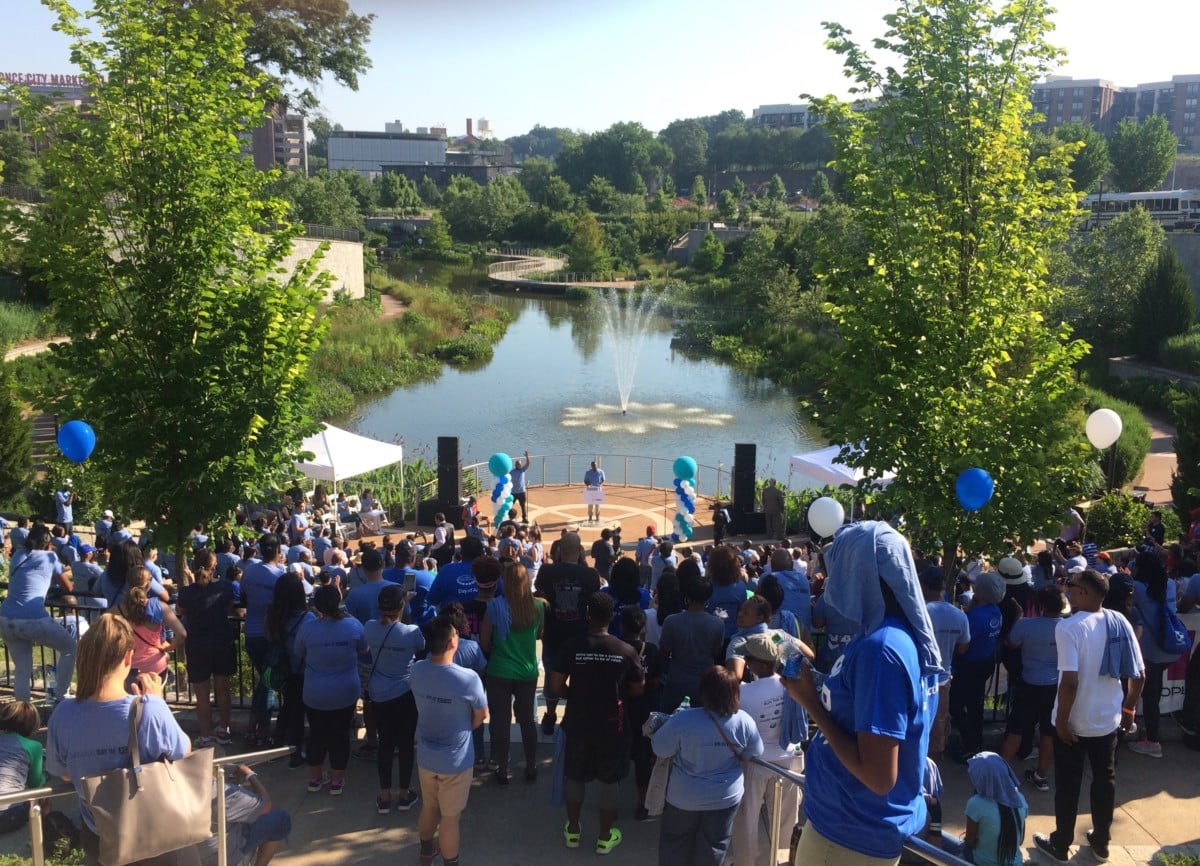 Former President Bill Clinton kicked off the Clinton Global Initiative America meeting Monday morning in Atlanta by taking a moment of silence to reflect on the massacre that happened in a gay nightclub in Orlando early Sunday morning.

In talking about the numerous challenges that the country is facing, Clinton said: “We can present an alternative view for the future…, a road map for how we can succeed.”

Clinton said CGI-American is delighted to be in Atlanta for the sixth annual meeting – the first three were in Chicago and the next two were in Denver. CGI-America is planning to return to Atlanta in 2017.

“I’m so glad we are in Atlanta,” said Clinton, adding that it was the home for the most famous American – Martin Luther King Jr.  “Almost as well known is that Atlanta has a storied history of cooperation. It has the world’s busiest airport, the CDC, universities and many of our most successful companies. They work together and they feed off each other.” 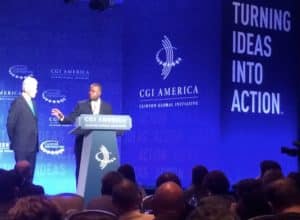 Atlanta Mayor Kasim Reed then came on stage and told President Clinton: “The city of Atlanta is delighted to join you in that journey.” Reed went on to call CGI “an historic initiative for our city” – one aimed at bring business, civic leaders and government working together.”

The Clinton Foundation has been holding the annual Clinton Global Initiative to address international issues since September 2005 – asking participants for commitment to action.

But then the United States experienced its worse recession since the Great Depression in 2008-2009, and Clinton realized the organization needed to focus on its home country.

“We began this project in 2011 when the country was moving away from the crash of the Great Recession,” Clinton . “We decided the CGI model might work in America. There was a lot of hunger for it… Even in a political season, there’s a lot of hunger to work together.”

Over the years, the organization has focused on the housing crisis in Detroit, the development of solar technology in the United States as well as a host of other efforts.

“The idea that we could actually band together to solve problems might seem a bit Pollyanna,” Clinton said adding that many people don’t feel secure in their borders, and there’s all this turmoil in the country. “We have to look at ourselves and ask ourselves what we can we do to change this.”

The CGI events invite communities, businesses and organization to make commitments on how to improve the world around them. 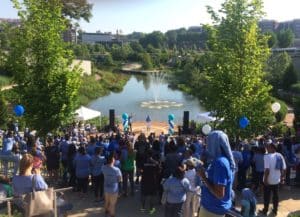 On that note, Alex Taylor, executive vice president of Cox Enterprises, his company’s commitment to invest $25 million in sustainable technologies by 2020.

“Cox Enterprises has aggressive sustainability goals,” Taylor said. “We believe it’s not only smart for the environment, but it’s also good business. Our focus on the long-term demands that we protect our resources and leave the world in better condition than we found it.”

The commitment will be implemented by actively identifying sustainability initiatives through Cox Enterprises’ Corporate Strategy and Investments and Cox Conserves teams. Through this commitment, Cox Enterprises seeks to divert 3,000 tons of waste from landfill and prevent 20,000 tons of carbon from entering the environment.

The company launched Cox Conserves in 2007 and has prevented 65,000 tons of carbon from entering the environment, diverted 6,000 tons of waste from landfill and conserved 55 million gallons of water. Cox Conserves is a holistic program that also engages the company’s employees, customers, suppliers and community partners.

Through Cox Conserves, the company seeks to send zero waste to landfill by 2024 and be carbon and water neutral by 2044.

Later on Monday afternoon, a host of Atlanta-based organizations will be announcing their commitments to action. One of the projects expected to be announced will be the creation of Mims Park on the westside.

Also, on Saturday, CGI and the City of Atlanta held a “Day of Service” as part of the group meeting in the city. About 400 people volunteered to work on several community-based projects, such as working at the Atlanta Community Food Bank.