Fort McPherson: Board member to recuse from voting on his firm’s bid for contract

A senior vice president of an Atlanta development company, who serves on the state authority overseeing the redevelopment of Fort McPherson, says he won’t vote on his employer’s proposal to the authority to redevelop part of the fort.

John Akin is a senior vice president of Carter, where his specialty is multi-family investments. Carter and H.J. Russell & Co. comprise one of two teams that have submitted proposals to develop a 113-acre node of residential and commercial uses at the 488-acre Fort McPherson.

The other joint venture is led by Cleveland-based Forest City, with local partners Cousins Properties and Integral Group. In November, the consortium closed a deal with the state Department of Transportation to build the bus/rail/transit station, and environs, that is to transform Downtown into a vibrant urban core. “The gulch” is the affectionate local name for the locale. 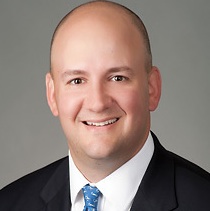 Akin said he will recuse himself from the selection of a master developer for the first, critical phase of Fort McPherson’s redevelopment.

“I have always said I would recuse myself on anything related to Carter in the process,” Akin said on Saturday evening.

Jack Sprott, executive director of the state authority, said Akin already has alerted his colleagues on the board about his potential conflict of interest, as well as his plans to recuse himself if Carter submitted a proposal.

“He’s already said, way ahead of time, that he will have to recuse himself if Carter bids on the project,” Sprott said late Friday.

Akin said he was appointed to the board at the behest of then-Mayor Shirley Franklin.

At the time, developers swaggered through metro Atlanta and Akin was a high flier in the region’s development circles.

Akin was working with Jim Borders at Novare, Group, which was leading the red hot condo scene that fueled Atlanta’s mystique as a destination for young professionals.

Before Novare, Akin said he had worked at Boston Consulting Group – a company that had tremendous cache in furthering the vision for a future “Atlanta on the Hill” that Franklin, in her speeches, made people think they could see just over the horizon.

About the time the condo market collapsed, Akin found his way to Carter. He continued to serve on the Fort McPherson authority in order to serve his community, Akin said.

“I have stayed on the board because of my commitment to the community,” he said. “My real estate experience is what’s valuable to the board.”

Right now, the stakes for picking the best possible master developer are particularly high in the case of Fort McPherson.

The U.S. Army “encouraged” the state authority to bring a master developer to the table, Sprott said.

Sprott, executive director of the McPherson Implementing Local Redevelopment Authority, said he’s pleased at the responses from developers. They will help the authority meet the Army’s request that it bring the market to the table.

“We feel really good that we’ve got these two teams,” Sprott said. “The presence of one of these teams when we go back to the Army is going to be very important. We need their experience to convince the army that Atlanta is capable of getting this done.”

The original timeline for selection of a vendor is running behind. The board of the authority was unable to meet last week because of a lack of a quorum, Sprott said. The board will move expeditiously to choose a master developer.

In other news, Gov. Nathan Deal has proposed state funding to support the fort’s potential to help the state meets his goals for economic development. And in his proposed budget for the fiscal year beginning July 1, the governor has proposed: