Atlanta flirts with that greatness — as was the case on the night of Thursday, Oct. 11 during the emotional production of Defiant Requiem — Verdi at Terezin.

As late as mid September, it was not sure the show would go on as the management of the Atlanta Symphony Orchestra was stuck in a stalemate with the musicians over contract negotiations.

Yet any residue of bitterness that may still exist was not evident during the Defiant Requiem performance. The multifaceted concert featured the ASO Chorus, the orchestra as well as video snippets from World War II, two actors narrating the story and conductor and creator Murry Sidlin.

The sold-out crowd learned the story of Rafael Schacter, a talented choral conductor, pianist, opera conductor and vocal coach who lifted the spirits of Jewish prisoners in the Terezin ghetto by organizing them to sing the Requiem Mass.

The music helped nourish the souls of the prisoners, lifting them to a place apart from their dismal daily lives and eminent death. The theme of the Defiant Requiem was “We will sing to the Nazis what we can not say to them.”

The concert was brought to Atlanta by the Anti-Defamation League in Atlanta, which is headed by Bill Nigut. It was Nigut who was the founding CEO of the Metro Atlanta Arts & Cultural Coalition. 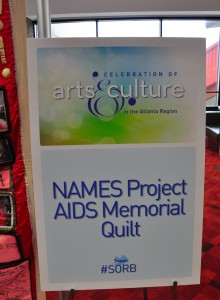 The morning after the concert, the Atlanta Regional Commission held its annual State of the Region breakfast with the arts as a central theme.

As of earlier this year, the ARC has become the new home for the Metro Atlanta Arts & Cultural Coalition. The board of the coalition is being transformed into an advisory board for the arts division at the ARC. It will hold its first meeting on Oct. 31.

For a list of those board members, please see below.

The ARC also featured a short video highlighting many of the region’s arts and cultural attractions — making Atlanta appear rich in its cultural offerings.

But consider the current state of the arts. The underlying issue behind the impasse between the ASO and the musicians was money — the fact that the symphony has been losing about $5 million a year.

Several other arts organizations also are struggling. For example, the Theatre on the Square in Marietta had to close its doors In March. 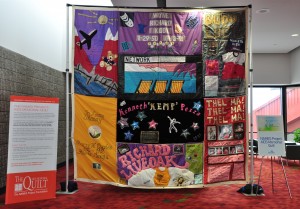 It’s a struggle for several of these entities to stay in business. And it’s even harder to envision a future with a thriving arts and cultural sector.

In fact, during the Defiant Requiem concert, I kept thinking how Atlanta has yet to make progress on building a new symphony hall even though it’s been part of the community’s wish list for more than a decade.

And current plans call for a scaled back concert hall rather than a visually-spectacular building designed in 2005 by renowned architect Santiago Calatrava.

One of major issues facing arts organizations in metro Atlanta and the rest of the state is the lack of public support for the arts. Georgia continues to rank towards the bottom when it comes to state per-capita spending for the arts.

Obviously advocates for the arts have failed to convince state and local leaders of the importance of fostering a rich cultural environment. 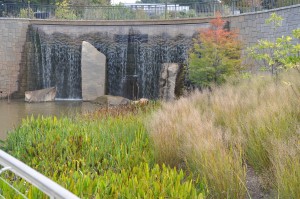 At the ARC breakfast, Bruce Katz, vice president of the Brookings Institution in Washington, D.C., presented a recipe of how the region could become more competitive economically.

A key ingredient is to make metro Atlanta a hub of innovation — and the arts are essential to building a creative economy. The good news is that Atlanta already has a strong base to build on.

“Leverage that distinctive position,” Katz said, mentioning the city’s companies, universities, governments, and the arts that can be linked to become an “innovation district” for Atlanta.

“What you have in this region and in this city are all the makings of a 21st Century innovation district. You have university powerhouses and remarkable cultural institutions. This is something to build on.”

So as Atlanta looks to the future, Katz said that “building a 21st Century innovation district should be high on the list.”

Metro Atlanta also should try to foster a “new wave of place making” developing communities where young creative people would like to live. That includes walkable communities connected by transit and places where people can live, work and play. “Transit is not something nice to do, it’s essential for your competitiveness,” Katz said. 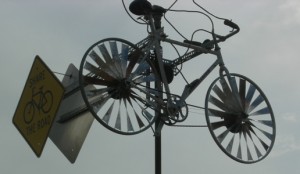 The Atlanta region has so much on its plate — to invest in its transportation infrastructure, to improve its public education, to become a more sustainable city that encourages a green economy, and yes, to help our arts and cultural community flourish.

Offerings like the Defiant Requiem, art along the BeltLine, the play “Apples & Oranges” by native son Alfred Uhry are only a few of what Atlanta has to offer.

And the more vibrant arts and cultural scene we have will contribute to Atlanta becoming a great city.

Members of the ARC’s Arts and Cultural Advisory Board