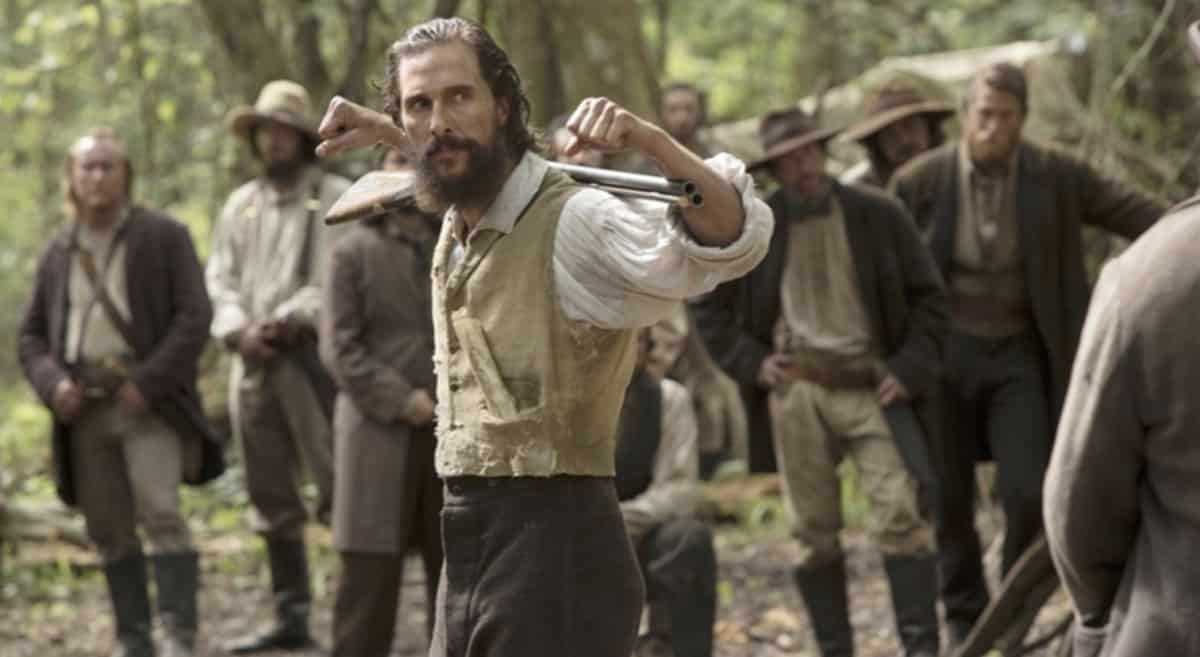 Kudos to Matthew McConaughey for using his post-Oscar clout – and for having the courage (and the ego) – to bring this little-known story to light. Credit: images.indianexpress.com
Share4
Tweet
Share
Pin
Pocket
WhatsApp
Buffer
Email
Reddit
4 Shares

“Free State of Jones,” an entertaining and perceptive picture, offers both. Plus, it’s a true story. 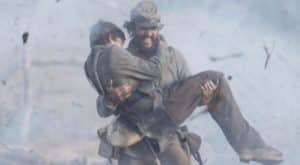 Matthew McConaughey’s character serves as a nurse before deciding that the Cause wasn’t one he wanted serve. Credit: badtaste.it

We meet Knight on a Mississippi battlefield – not as a combatant but as an army nurse dragging a wounded rebel soldier off to a makeshift hospital that’s really little more than a slaughterhouse. Director Gary Ross (“Seabiscuit”) rubs our face in the horrors of war. On the field, hogs feast on fresh corpses. At the medics’ tent, the doctors are overwhelmed by the wounded and dying. The “not my leg!!” amputation scene from “Gone with the Wind” comes to mind.

But that’s about all this film has in common with Scarlett and company. Knight is not from a plantation; he owns a tiny farm in Jones County (hence the title), which he works himself. Already fed up with fighting a rich man’s war, Knight learns about the so-called  “20 Negro Rule:” If you own 20 slaves, your eldest son doesn’t have to serve; 40 slaves and your second eldest gets off.  Newton sardonically jokes he and his farmer friends might get a few days off if they pooled their funds and rented a slave for a week.

That’s how Knight ends up in a swamp with a small group of runaway slaves. The sleazy Confederate Home Guards, who mostly prey on the women left behind, taking their animals and their crops, can’t maneuver well in the swamp, so it’s a sort of safety zone. One to which others come – mostly deserters who’ve come to the same conclusion as Knight, i.e., that they don’t own slaves and they don’t need to be fighting for those who do.

As the years pass, Knight’s band increases; so do the skirmishes with the venal Home Guard. Knight seeks help from Sherman, but the Yankee general doesn’t see them as allies, even though they’re fighting the same enemy. And the Confederacy certainly isn’t happy with them. “Rebs burned my first farm,” sighs one character.  “Sherman burned my second.  Guess they agree on that.”

So Knight declares the Free State of Jones, where former slaves and poor whites fight together as equals against a common enemy. But then the war ends and Reconstruction proves devastating. The Jim Crow South isn’t much kinder than the mythologized South of moonlight and magnolias. 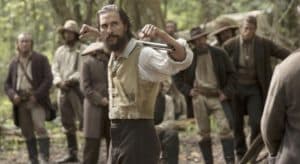 A sense of myth plays a large part in “Free State of Jones.” Not much is really known about Knight and he can come off as an amalgam of Spartacus, Robin Hood and Han Solo. Further, the film exists in a kind of Disney-fied past where everyone has clean clothes – or at least artfully ripped ones – even after living in a swamp for years. And when a cowardly and arrogant plantation owner returns home to his white-columned house after peace is declared, the crystal still sparkles and the wood floors still gleam.  The diligent ghost of Old Black Joe, perhaps?

But on the whole, this is piddling stuff, noticeable, but barely worth comment. More distracting, initially, is a subplot of sorts set 85 years later in a Mississippi court. One of Knight’s descendants is on trial for the “crime” of miscegenation. In trying to prove the man’s great-great-somebody was Knight’s common-law wife, a former slave (the expert Gugu Mbatha-Raw), the prosecution unintentionally provides some you-can-look-it-up authenticity.

McConaughey starts out wild-eyed and intense; two hours and 19 minutes later, he’s still wild-eyed and intense – like the vengeful, Bible-toting John Brown at Harper’s Ferry.  He’s also heroic, eccentric and determined. In one memorable scene, he gives artillery lessons to a widow and her young daughters who are being threatened by pillaging Rebels (decked out like cheerleaders in their fancy gold-braided uniforms). When the raiders return, they’re faced with a grim-faced little-girl militia – guns cocked and ready.

It’s important to note that ”Free State of Jones” is not a Civil War “Schindler’s List,” about an intrepid white savior. Nor is it about a white man redeemed by beatific African-Americans.

Rather, Knight seems to be making it up as he goes along – “it” being a sense of shared humanity despite race and class.  The picture is, if nothing else, a fascinating historical footnote. Major kudos to McConaughey for using his post-Oscar clout – and for having the courage (and the ego) – to bring this little-known story to light.