Fresh from remarks at RNC, state AG Sam Olens to speak in Atlanta on impact of federal health care law

Georgia Attorney General Sam Olens is slated to address business leaders in Atlanta next week on the future of health care and how it affects the business community. 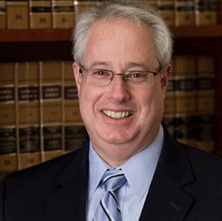 Olens has been on a hot streak of late, having addressed the Republican National Convention on the U.S. Supreme Court ruling on the health care law. Olens’ fiery remarks were deemed “mostly true” by ajc.com, which conducted a fact-check shortly after Olens’ presentation with Florida Attorney General Pam Bondi.

Olens, who is the state’s highest elected official to back Mitt Romney’s bid for president, will share a podium Sept. 25 with other national figures in a panel titled: “The Future of Health Care and Impact on Your Business.” The Georgia Chamber of Commerce is hosting the forum.

Tickets cost $65 for chamber members and $75 for nonmembers. The event is at the Hyatt Regency Downtown Atlanta. The program begins at 8 a.m. and concludes at 1 p.m., following a lunch that’s provided.

One of the first things Olens did after winning the attorney general’s race in 2010 was to join in the lawsuit against the federal health care law. That was significant, given that his predecessor in office – Thurbert Baker – had not joined in the lawsuit brought by other states. Before Olens’ intervened, Georgia had been represented by outside lawyers who donated their time on behalf of then Gov. Sonny Perdue.

Olens said in Tampa that the health care law, “distorts our Constitution and endangers our fragile economy. We did everything in our power to stop it, taking the fight all the way to the United States Supreme Court.”

Olens and Bondi led the Republican crowd in a series of calls and responses, in which Olens asked:

“Do you want a federal government that tells you what to do, what to think, or what to buy when it comes to your health care?”

“Do you want this for four more years?”

Georgia business managers have been working the past two months to figure out their response to the Supreme Court ruling on health care. The response is based, in part, on the size of the business’ workforce:

The health care debate hasn’t yet roiled Georgia in this presidential election. That may be mainly result of the perception that Georgia’s isn’t a swing state that’s in play in this election cycle.

The website realclearpolitics.com lists Georgia as “leaning” toward Romney. A quick drill into the polling shows that Romney has about 50 percent of the vote, while President Obama has in the low 40 percentile.

The most recent polling concluded July 29, in a survey sponsored by WXIA-11 Alive and conducted by Survey USA, showed Romney ahead by 8 percent with a margin of error of 2.9 percent. Results were based on a poll of 1,169 likely voters.