This is a different kind of Black History Month. It began early, with a Black academic’s rebuke of Stacey Abrams on an Atlanta-based podcast. It includes studies of reparations by Spelman College and Emory University, plus the release of C.T. Vivian’s memoir. 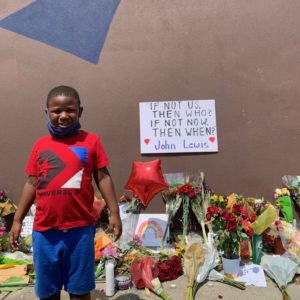 A renewed sense of hope for the future was a big part of Atlanta’s mourning the death of John Lewis. Credit: Kelly Jordan

In addition, Black History Month 2021 encompasses last week’s vote by DeKalb County’s Board of Commissioners to install a memorial of the late John Lewis in the Decatur Square, on the site of the former Confederate Obelisk Monument. In the state Legislature, the House has agreed to consider four of the six police reform bills offered by Rep. Sandra Scott (D-Rex). President Biden has signed four executive orders intended to advance racial equity and address systemic racism in housing and criminal justice.

Not to mention Joe Beasley’s renewed reminder of Union Gen. William T. Sherman’s Special Field Order 15. It allocated to freed Black families 400,000 acres along the coast. President Andrew Johnson subsequently rescinded the order and returned the land to its original owners. Beasley, the retired southern regional director of Jesse Jackson’s Rainbow/PUSH Coalition, figures the order is a good place to start a national conversation on reparations for slavery.

This is a lot of history in the making. It might prove to be an inclusive history, which may transcend one of the state’s guidelines for teaching Black History Month: 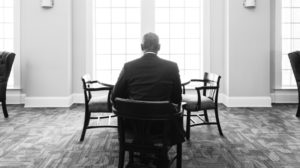 Atlanta Fed President/CEO Raphael Bostic may have been looking to this moment in June 2020, when he released a personal essay, A Moral and Economic Imperative to End Racism. Bostic observes:

The rebuke of Stacey Abrams by Charisse Burden-Stelly, a visiting scholar at the University of Chicago, may not bloom into anything like The Great Debate between W.E.B. Du Bois and Booker T. Washington. Burden-Stelly’s remarks do affirm the continuing debate over aspects of the road to equality: achieving economic independence or fighting for civil rights. 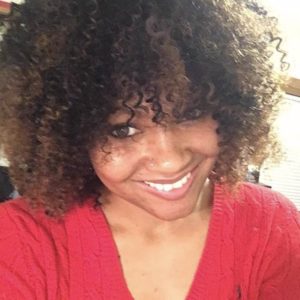 Burden-Stelly spoke Jan. 29 in a podcast by Renegade Culture, recorded at Playback Studios in the Historic West End. Burden-Stelly characterized Abrams as improperly credited with being a progressive who’s on the same plain with Fannie Loe Hamer, the voting rights, and civil rights, advocate from Mississippi who ran unsuccessfully for Congress and is noted for the sentence, “I’m sick and tired of being sick and tired.”

The study of reparations by Emory and Spelman is part of a much larger program involving nine institutions funded with a $5 million grant from The Andrew W. Mellon Foundation. The University of Michigan’s Center for Social Solutions received the grant. As Emory described the program in a statement: 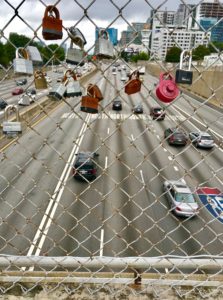 Love locks add their sense of humanity to the Downtown Connector, standing as romantic tokens of a strong and true relationship. Credit: Kelly Jordan

The memoir of C.T. Vivian was the subject of a webinar last week. The book, It’s in the Action: Memories of a Nonviolent Warrior, is available on Amazon and hard cover copies are to be released March 9.

A central message of the book is Vivian’s approach to creating successful movements. Bernard LaFayette, a protégé of Vivian, participated in the webinar to share some of his memories of the civil rights leader. LaFayette became a co-founder of the Student Nonviolent Coordinating Committee and shared this lesson:

Previous Article
Dentons Dialogue: US Policy Perspectives | Climate and Energy
Next Article
The One