The rich tapestry of metro Atlanta will be on display in two events this week, one a photo exhibit of Atlanta in the ’70s and the other a book presentation by the author of a new work on the namesake of the John Ripley Forbes Big Trees Preserve in Sandy Springs. 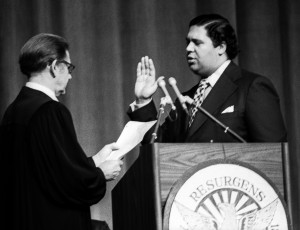 The photo event includes a film to be shown Wednesday at 11 a.m. at Atlanta City Hall of works by photojournalist Boyd Lewis. An exhibit at City Hall that’s open through Thursday features works by Lewis, who’s known as a white photographer for the black press who chronicled the leaders of the 1970s.

Both events are free and open to the public.

Lewis is an icon of his era in Atlanta. The Atlanta City Council awarded him a proclamation Monday and ushered his works into City Hall.

The photo exhibit is open through 5 p.m. Thursday and includes photos of many leaders and events of the era including the late Maynard Jackson; Julian and James Bond, the father and uncle of Councilmember Michael Julian Bond; the late Leon Hall, father of Councilmember Kwanza Hall; the late Joseph E. Boone; and various demonstrations around City Hall. 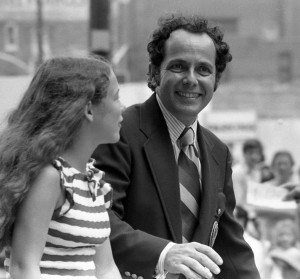 Sam Massell campaigns for Atlanta msyor with his daughter by his side. Credit: Boyd Lewis

Lewis started with The Atlanta Voice in 1969 and later moved to The Atlanta Inquirer, which he left in 1969. Former Atlanta Alderman John Calhoun gave Lewis a nickname that stuck: “The white boy with the black press,” according to a media statement from the Atlanta City Council.

Lewis wrote a column for The Great Speckled Bird, which was the city’s hippie paper when those sorts of publications were called hippie papers.

Lewis later went mainstream, working for Atlanta’s affiliate of National Public Radio, WABE, where he covered the trial of Wayne Williams, who was convicted in the disappearance of some youngsters who became collectively known as “Atlanta’s missing and murdered children.”

Lewis then moved to CNN, becoming a news writer, before leaving the city in 1997 for Los Angeles and a new career as a teacher.

The book presentation provides an opportunity for Ferguson, the author, to chat about his new book on John Ripley Forbes. Forbes was the driving force behind the creation of the Big Trees Preserve. 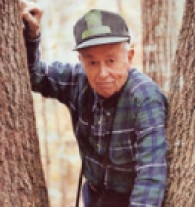 Big Trees is an urban forest that spans 30 acres of hilly, wooded terrain, two creeks and a middle growth forest. The big trees for which it is named are specimen white oak trees said to be from 100 years to 200 years old.

The forest is open to the public for free, though donations are accepted. Leashed pets are allowed on the 1.5 miles of mulched trails that wind through a place that is surprisingly serene, given its location between Roswell Road and Ga. 400.

Time magazine named Forbe’s “Johnny Appleseed” for his lifelong commitment to promoting nature to an ever increasingly urban country through the establishment of nature museums. Forbes had a hand in creating some 200 museums and outdoor center around the country, and Big Trees is his highest achievement.

The land was destined to be sold for development as a car dealership when Forbes learned of the plan and started his campaign. Starting in 1990, the land was acquired in three separate purchases and now is preserved through a cooperative partnership with the John Ripley Forbes Big Trees Preserve, Inc.; City of Sandy Springs; Georgia Department of Natural Resources; and Southeast Land Preservation Trust.

Ferguson compiled the book at the behest of the Southeast Land Preservation Trust, according to his webpage. Ferguson has written 18 books on nature and science, and his stories have been appeared in publications including Vanity Fair and The Los Angeles Times.

For more information go to www.bigtreesforest.com