The call for state action appears to have been overlooked amid the broader conversation over the board’s decision to reduce the penalty for possessing less than an ounce of marijuana.

But there it is, toward the bottom of a five-page piece of legislation:

In a statement, Pitts specifically called on other governments to follow suit with the board’s decision:

Arrington tailored his comments toward the children:

Of particular note was Hall’s statement, which harkened to similar thoughts expresses last year by her spouse, Kwanza Hall, who was serving on the Atlanta City Council: 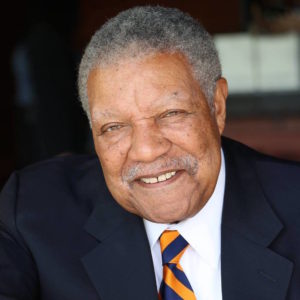 Kwanza Hall introduced a paper to decriminalize possession of less than an ounce of marijuana in the city in 2016. The council considered the measure for 15 months, finally passing it in October 2017 – a month before the mayoral election in which Kwanza Hall was trying to make the expected run-off. His bid fell short.

Kwanza Hall sounded a tone similar to Natalie Hall in a statement issued after the Atlanta City Council voted for his proposal:

Fulton County’s legislation affects just a sliver of the county. That’s because residents have voted to incorporate cities that cover all of the county except a section along Fulton Industrial Boulevard.

The road has long served as more than an industrial corridors. It has historically served as a gathering spot for folks are involved in drug sales and use, and prostitution. The county has an ongoing effort to police the area and remove these elements.

The new penalties for possession of less than an ounce of marijuana cover a range of offenses: