Fulton County is seeking to hire an external lobbying firm to represent the county commission at the state Capitol, and a key part of the job likely will be to oppose the creation of Milton County. 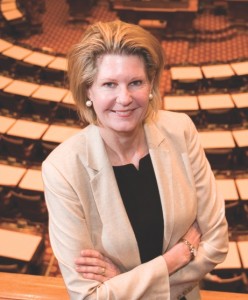 House Speaker Pro Tem Jan Jones is among the influential House members who support the creation of Milton County, which Fulton County’s new lobbyist is expected to oppose.

Friday is the deadline for proposals from firms that want the job. A company probably will be hired before Thanksgiving, based on past timelines. One person attended a pre-proposal conference on Aug. 22, according to the sign-in sheet.

The job looks like heavy lifting. All the tasks cited in the county’s prospectus involve fending off challenges to the county’s current authority, trying to address traffic congestion, and influencing expected legislation to consolidate MARTA and other metro transit providers.

The headline issue for Fulton in the 2013 legislative session is likely to be the proposed formation of Milton County. The concept has plenty of influential advocates, including House Speaker Pro Tem Jan Jones (R-Milton).

Here’s what the county’s request for proposals from lobbyists says about the Milton County issue:

Jones outlines her reasons for backing the division of Fulton County in a posting on her personal webpage. The article contends that Fulton’s taxes are higher than its peers, and also says a smaller Fulton County could consolidate with Atlanta – as Macon and Bibb County voters agreed to do in the July 31 election. 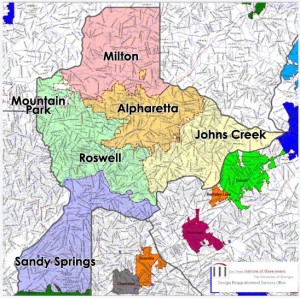 The county’s prospectus outlines other significant issues its lobbyist will handle. The remainder of the paragraph on key issues states:

The transit issue promises to be nettlesome.

So much has changed since January, when Gov. Nathan Deal’s transit governance task force recommended that GRTA lead all the transit systems: Lawmakers never publicly discussed the governance issue; the proposed transportation sales tax failed; and MARTA will have a brand new GM/CEO, or perhaps an interim leader, because Beverly Scott will have resigned effective Dec. 31.

The Aug. 22 pre-proposal conference was attended by Philippa B. Brown, who was the only attendee who doesn’t work for the county.

Fulton County now is represented by one external lobbyist – Michele Rowland Dunn – according to the state agency that monitors lobbyists. Dunn represented Fulton County in the 2011 and 2012 legislative sessions.