Fulton County on Wednesday is slated to hire a team of lobbyists that includes a top Washington firm and two local Republican firms that have connections at the state Capitol. The annual fee would total $216,000, with a three-year renewal option. 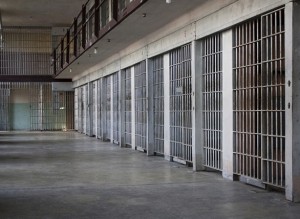 Fulton County’s federal lobbyists would seek to ensure continued funding for program such as the Second Chance Act, which seeks to improve the outcomes for people after their leave the Fulton County jail. Credit: bossip.com

The team at the state Capitol could help Fulton resolve disputes with top Republican lawmakers, who have sued the county over tax collections. The team would include a chief advisor to then Gov. Sonny Perdue, and a former leader of the state GOP who oversaw Republicans begin their take-over of state government in the 1990s.

In Washington, Fulton intends to hire Greenberg Traurig, an international law firm with a strong lobbying presence on Capitol Hill. The firm’s Atlanta office represents a state authority in the proposed sale of most of Fort McPherson to filmmaker Tyler Perry.

According to the pending legislation, the purpose of the lobbying contract is to, “advise county on state and federal legislative issues that may impact county policies and revenues.”

The proposal to hire the lobbyists follows a Sept. 18 ruling in a lawsuit filed by top state lawmakers. The lawmakers, led by Rep. Jan Jones (R-Milton), intend to prevent Fulton County from collecting property taxes at the current rate by enforcing a disputed law they helped pass.

Cobb County Senior Superior Court Judge Grant Brantley declined to halt the collections, an issue that is part of a broader effort by the state to set a cap on the tax rate that can be set by Fulton County’s Board of Commissioners. Brantley has yet to rule on the broader issue.

The firms were selected through a competitive bid process. They include:

The seven firms that responded were:

Four firms made the short-list and were ranked in the following order: