By Guest Columnist Dr. SAMUEL D. JOLLEY, Jr., secretary of the board of directors for the Development Authority of Fulton County

The call was a clear one: We were asked to help upgrade essential infrastructure at a major university center while preserving debt capacity. 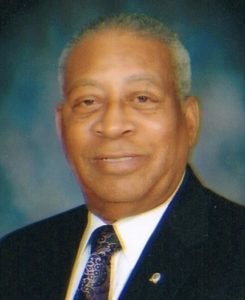 During the past two years, the Development Authority of Fulton County has facilitated economic development opportunities that have brought significant investment and job creation to Fulton County. In 2019 and 2020 alone, DAFC closed bond transactions that are projected to have an overall economic impact of more than $45 billion, including more than 29,000 permanent jobs and 14,000 temporary construction jobs. While jobs are crucial to the overall growth of our economy, investment in our educational institutions is equally important and perhaps more exponentially impactful.

The request for assistance in 2007 to renovate and expand the central utility plant was not only an economic development opportunity for Fulton County, but it filled a crucial need of Spelman College and Clark Atlanta University. To fill this need, the school consortium approached The University Financing Foundation, which agreed to obtain financing for the project and contract for the management of the facility to remove that burden from the schools. And the foundation knew to look no further than to the Development Authority of Fulton County, which stepped in as a crucial piece of the financing plan. Together with the foundation, we enabled the project to be completed. 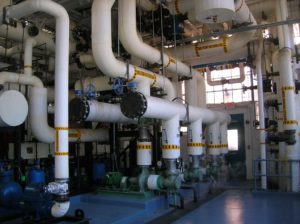 Savings yielded by the refinancing of the central utility plant at Spelman College and Clark Atlanta University are to be used to enhance academic programs. The Development Authority of Fulton County helped refinance the loan. Credit: TUFF

In 2014, the foundation once again reached out to the authority on behalf of the schools for approval of enhancements to the central utility plant to improve performance of the plant and increase capacity, all to ensure the continuation of exceptional services provided by Spelman and CAU. We were happy to oblige. Thanks to a 26% reduction in annual utility bills and maintenance expenses, the schools have used their savings to offset a portion of the debt service on the renovations.

This January, the authority approved a refinancing of the existing bond issues at an historic low interest rate, expected to result in reduced payments by Spelman and CAU of millions of dollars, including the release of current reserve funds that will be used to reduce debt of the schools and return approximately $1 million in cash to the schools to provide important resources to their academic enterprises. Rising college costs, the student loan crisis and federal budget cuts have constrained higher education across the board, but they’ve been especially tough on HBCUs, where nearly three in five attendees are low-income, first-generation students, and over 70 percent of students have limited financial resources, according to a story published Oct. 23, 2019 in The Hechinger Report. And this was already happening before the pandemic. Any financial safety net is crucial in 2021 for these schools. 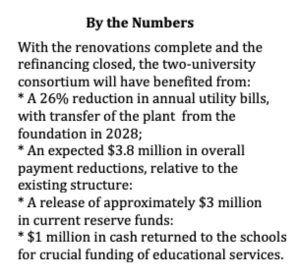 This snapshot shows savings realized by Spelman College and Clark Atlanta University as a result of financial aid provided by the Development Authority of Fulton County. Credit: DAFC

This partnership-driven improvement project benefits all Fulton County residents, but mostly the communities of Spelman and CAU – esteemed, vibrant and essential members of the Atlanta and HBCU higher ed communities. Additionally, the foundation, all through the 14-year process, has complied with the Authority’s Minority and Female Business Enterprises Policy, with minority and female participation for the project.

The project and its expansion exemplify the authority’s role and priority of quality economic development that benefits the county’s residents, students, employees and visitors in the most efficient and sound economic way.

Note to readers: The Development Authority of Fulton County was established by a unanimous vote of the Fulton County Board of Commissioners on May 16, 1973 “for the purpose of developing and promoting for the public good and general welfare trade, commerce, industry and employment opportunities in said county thereby promoting the general welfare of its citizens.”