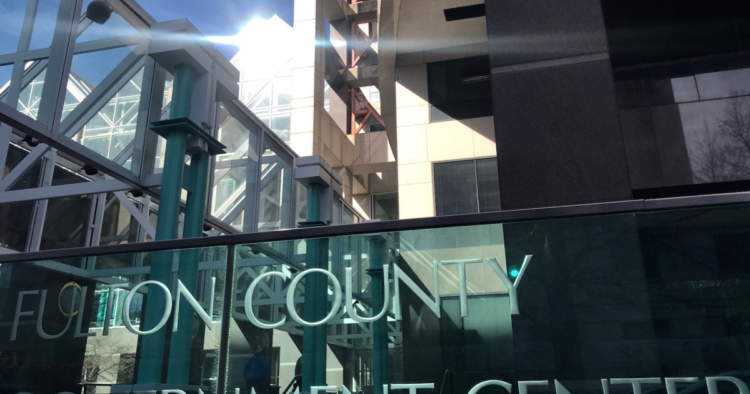 Fulton County’s behavioral health safety net is a patchwork of some 60 different contractors. Fulton leaders are thinking there’s got to be a better way to serve as many as 100,000 people.

“We need to bring forward the case for something that is scalable, manages for patient outcomes, and it’s something that … you can determine more appropriately what the outcomes are,” said County Manager Dick Anderson, speaking to Fulton’s team of state lawmakers at the state Capitol on Friday.

The state and the county will each spend about $20 million in on behavioral health in Fulton this year, which includes substance abuse and mental health treatment.

Anderson said that of the roughly 100,000 people who need such health care, as many as one-third have no health insurance.

“The current model in Fulton County, 58 providers, is really not the most effective model,” Anderson said.

The county is commissioning a study on the best way to weave a better safety net.

Some have long argued for a crisis stabilization unit — a door open 24/7 for folks in a behavioral health crisis, like threatening suicide or having a breakdown while homeless.

Such units have inpatient beds and take folks regardless of ability to pay. Many communities have them, including DeKalb.

In Fulton, options include Grady or WellStar. Or jail.

“For the last five or six years, we have requested and talked to the [state] Department of Behavioral Health about a crisis intervention center, like most other parts of the state,” said state Rep. Pat Gardner, D-Atlanta, in an interview earlier in the week.

Not having one amounts to an inefficient use of state dollars, she said.

“Because if they have to be an inpatient at Grady, it’s more expensive than a crisis stabilization unit would be,” she said.

Anderson said he expects the county to be done with its study this year, and come back to lawmakers with some idea next year.

But Georgia behavioral health is is facing millions in cuts.

Under budget-cutting orders from Gov. Brian Kemp, the Georgia Department of Behavioral Health and Developmental Disabilities has submitted a draft budget that lowers spending by $33 million in the year now underway.. For the year starting in July, its budget would recover about $9 million of that.

At a January budget hearing, Judy Fitzgerarald, the leader of DBHDD, said the state’s safety net is stretched to the max.

Fitzgerald also said her department has been in regular contact with Fulton County leaders.

The topics: “How do we get to folks earlier, how do we get them at the first sign of need, not when they’re in crisis and not after they’ve committed a crime?” Fitzgerald said.

People who have mental illnesses need to be served in the best setting, she said.

“I don’t want them in the back of the sheriff’s car, in the same way the sheriff doesn’t want that,” Fitzgerald said.