Gary Edwards challenges stereotypes of accountants – and stereotyping in general 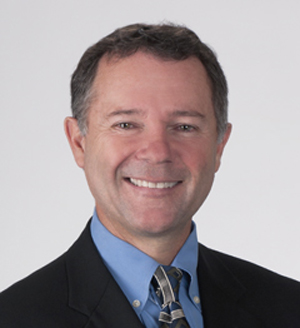 It’s that season of certainty – tax season, representing one element of life we can all truly count on. And those who do the counting for us—accountants—are similarly bound by stereotypes: suits and numbers, professionally bound to never deviate from a norm. 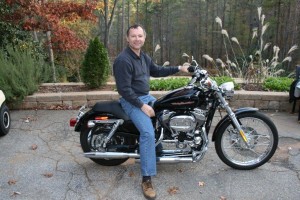 Gary Edwards challenges the stereotype of accountants as bound by the margins of business. Motorcycle riding is only one way that this native of Zimbabwe pushes the envelope.

Then there’s Gary Edwards, who naturally draws attention with his South African accent. His charisma builds as he tells stories from his world travels and shares insight about building friendships in an increasingly global industry.

As the CFO of Bennett Thrasher, an Atlanta-based, full-service certified public accounting and consulting firm, Edwards helps lead the firm’s development, marketing and finances. Bennett Thrasher seeks to set itself apart with positive collaboration both in business and the community.

But Edwards is more than a stereotype buster; he’s also had his own assumptions shattered. At the end of 2011, Edwards experienced a dramatic moment that recast what he always believed about his own safety on the Cape of Good Hope.

He returned to Walker Bay, to the fishing village of Gansbaai, where for 20 years, as a boy and then young man, he had dived for lobster and abalone. Today the adventurous dive in shark cages, to “swim” with great white sharks. Edwards went for it.

As a boy, “I used to see sharks when we were diving, but it had never worried us,” he said. “But when we went down in the cage for the shark dive, the sharks were 12 feet long – huge! We were no more than a quarter-mile from where I had dived as a kid.” 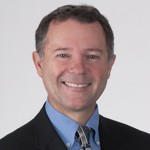 Accountant Gary Edwards, CFO/CAO at Bennett Thrasher, isn't your typical accountant, and he has philosophies and experiences that challenge stereotypes of those in his field.

This memory serves as more than a metaphor; it represents that we don’t know the risks and important information that often lies just beyond our current base of knowledge. We choose to limit ourselves through stereotypes, which make us feel safe. But those assumptions are a big detriment in global business.

“I really thought I knew those waters well,” Edwards added. “You learn something about your environment all the time. You see different things, depending on what you are looking for.”

It makes sense that Edwards would think outside the box because so often people box-in accountants. In a recent dialogue, he discussed his travels, global trends and pushing the boundaries of business stereotypes.

Does being from the other side of the world – South Africa – automatically make you think differently about business and relationships?

When you’re so far removed from the rest of the developed world, you have to travel quite a distance to experience sophisticated economies. I was born in Zimbabwe, and you’ll also find Australians, New Zealanders and South Africans who do have a different standpoint than a standard CPA because we had nowhere to go that wasn’t far away. It’s not like we are the only ones that are outgoing, but the guys who tend to emigrate tend to be more outgoing. As I mix with the old Commonwealth guys, we are all doing crazy stuff like the shark cages.

How did you end up in Atlanta?

I was in public accounting for 10 years, before moving into private business. I felt that I wanted to be on the front end of the decision making rather than always playing a supporting role. For 20 years, I was controller and then CFO for both public and private companies. The companies I worked for tended to be high growth, both organically and through acquisition, and highly leveraged. Needless to say, not an environment for the faint of heart.

My kids were in school here at St. Jude’s with the kids of Michael Dukes who is the managing partner of Bennett Thrasher. We got to talking and he’s a hunter, marathon runner and golfer – although what one can only call social golf. Michael asked if I would be interested in helping out at Bennett Thrasher with the promise of less travel, but continued interesting possibilities as the company has tremendous growth potential.

I have a higher risk profile than many other accountants, in general.  The way I look at it, accountants come in two forms. 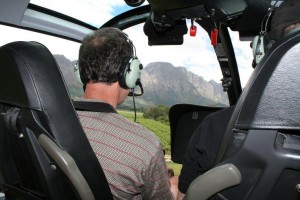 Edwards also learned how to fly because a client of his was into piloting. As an accountant, he has jumped into many activities -- including traveling around the world.

Those who are socially very, very good are the “hunters” who get the business. They are very relationship oriented. They are more likely to learn how to fly because one of their clients knows how to fly. Or, they go rafting in the Amazon or travel the world. Their profile is to live life large because they are doing the things their customers do.

There are other conservative, technical folks who prefer to hang out in the books and figure out what the next tax legislation should be. But don’t be fooled, these individuals also do incredible things like marathons, pilot plans, rafting and kayaking. So when we are sitting with a group of partners, we’re saying, “Hey, there’s a big world out there, a lot of things to explore and capitalize on as we grow. Who best can go do that for us?”

So the risk-taking sometimes first comes from a client?

Yes. I started flying with a client. Same with parachuting. He wanted to do it and so we did it. Back when I was a manager with Coopers & Lybrand, I was talking to client who was taking six months off to travel around the world. It sounded exciting, so I went home and spoke to my wife. We’d only been married a couple of years, no kids. The next Monday I resigned and we went around the world. That was cool.

How does risk-taking change your view of business and the world?

You realize that life is not all about being stable. Your resume is not hugely impacted by the fact you have traveled around the world. In some way, it’s very healthy to take that risk. It opens doors to people who have had similar experiences. If a guy says he went to Africa on a hunting trip, I can talk about that, or about running with the bulls. Really, a broad set of experiences allows you to have a conversation with a broad set of people about life and taxes. 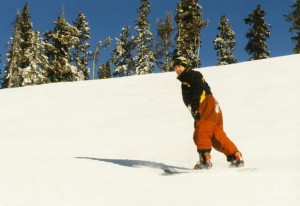 When I first arrived in New York, I went with a bunch of guys to a ski house in Vermont. On our way back, we got lost, took a wrong turn, drove into Connecticut and Massachusetts, missed the turn off the tunnel into New York and ended up in New Jersey. We were joking that we had been in six states in six hours. One of the guys turned around and said, “I’ve never been in six states.” He was someone who didn’t think he needed to go beyond New York or Long Island because he felt that this was where everything happened.

Did you have support for pushing your boundaries?

I used to have a mentor, Steven S. Elbaum. He was a CEO and client at the time I was considering going around the world. He told me, “Don’t be shy. It’s a great opportunity.”

What other experience changed your perspective?

In 1976, I was at school in South Africa, at the time when South Africa was going through deep troubles which lead to the end of apartheid. Now when I look back on it, this was an amazing event that was going on as I was living in a young man’s insular world. I was diving, parachuting — I wasn’t necessarily focused on political aspects. But you knew what to do and what not to do to remain safe.

Then I went back in 1992, and lived there for a year and one-half when Mandela got released. And now I am married and go back; I have a business there. I see changes. I’m amazed at how South Africa has managed to keep a lid on the tension. It could have been a massive conflict that kept going. It’s amazing what happened instead.

Your other business in South Africa was based on a unique observation.

My dad, my wife and I were driving along the road here in Atlanta and my wife said, “I don’t think I’ve ever seen self-storage in South Africa.” My dad retired at only 63 years old and still lives there, and we could think of only two self-storage places. From that, our business has evolved.

How is what we think we know about global business changing today? 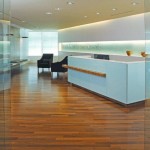 The biggest challenge as the world is getting smaller is that you have to be a very, very strong communicator. When you think of your old accountant, that person did not communicate that well and didn’t need to. Taxes were filed and audits were done, and a lot of small service companies do that in the Atlanta radius.

Now the speed is more hectic, the rate of growth is faster, and the communication and social media means you can research a company in a heartbeat. That research used to take a long time. Now you have to be more nimble and diverse.

Nowadays, the ability to get to that CFO and controller is heightened. It used to be achieved by networking face-to-face; now you can do it a lot easier through social media sites like LinkedIn. I can look up information on an individual, company or industry in a nanosecond, which can be a huge help.

Therefore, when you do get that face-to-face meeting, finding the common points is what establishes chemistry.

Whoever you are, just being technocrat isn’t enough. You have to build the relationship. Today, it’s much more about finding and targeting the individual, and opening up the dialogue. If I see a picture of planes in their office, or track shoes tacked on the wall, it’s going to be so much easier for me to connect if I have that experience too.

How does your approach to life square with the public perception of accountants?

To this day, most people think of accounting as filling in tax returns, and I think that’s a stereotype that shouldn’t be, because there are so many aspects to the profession. The risk-taking, though, is purely who I am. I became an accountant because it came naturally to me in school as I was trying to figure out what to do next.