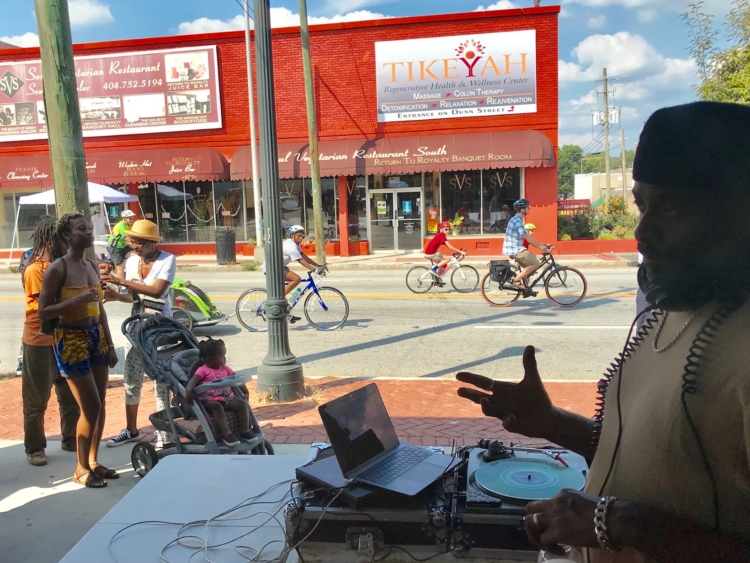 The window of opportunity for the public to express opinions on state funding of transit, bike and walking paths – and all modes of transportation – opened over the weekend and public comments will be accepted online through Oct. 20. The outreach is part of the state’s effort to update mobility plans that are to guide spending through 2050. 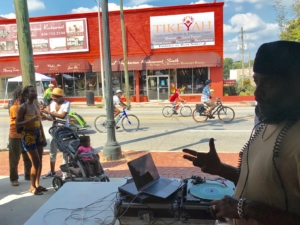 The Streets Alive festival Sunday in Southwest Atlanta featured booths, including this one and one where GDOT gathered public comments about future state spending on transit, trails for biking and cycling, roads and bridges. Credit: Kelly Jordan

Surveys are available in Spanish and English. Each of the six questions that pertain to modes of travel provides an answer that includes transit or public transportation – including a question that asks:

The public comments are part of the information-gathering process launched by the Georgia Department of Transportation. GDOT has started its effort to update mobility plans for modes including roads, bridges, ports, airports, rail freight, transit, and trails for walking and bicycling.

GDOT took the public outreach campaign on the road over the final weekend in September – setting up booths at Atlanta’s Streets Alive and at the 32nd annual Georgia’s Big Red Apple Festival, in Cornelia. Five upcoming festivals are to offer GDOT booths, ending Oct. 19 at the Georgia Peanut Festival, to be held in Sylvester, the “Peanut Capital of the World.”

GDOT doesn’t indicate online the weight that will be assigned to public comments in the setting of spending priorities for transit and transportation programs. 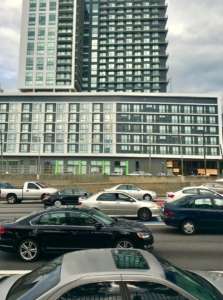 Roads that serve the ongoing construction in Midtown of offices and residences are expected to fall to the lowest service level possible before 2040, GDOT predicts. Credit: Kelly Jordan

The plan is to be complete and presented to the board that oversees GDOT in autumn, 2020, according to GDOT’s schedule.

The state’s current long-range plan calls for a 10 percent funding target for transit/bicycle/pedestrian projects. This figure represents a total allotment of $6.4 billion for alternate transportation, out of the state’s anticipated $65 billion general investment portfolio by the year 2040.

This 10 percent figure is the one often highlighted by transit advocates in contending GDOT and the Georgia Legislature have little interest in evaluating or providing additional funds for mobility options other than roads and bridges, ports and airports.

Comments contained in the plan, and other documents, indicate GDOT planners have fairly extensive plans regarding these alternate modes of transportation. Money to implement the plans hasn’t been allocated.

The report reviews transit in two categories, urban and rural, and cites expansion needs in both categories. A section on bicycle/pedestrian notes that most such facilities are handled at the local level. GDOT adopted a Complete Streets policy in 2012 that’s used when state projects are in areas where there’s a high expectation of alternate modes of travel along the state roadway.

The section on transit begins with this statement: 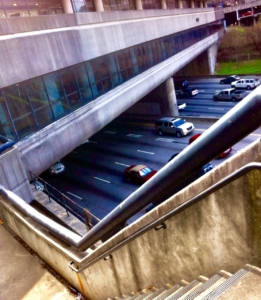 The plan’s section on bicycling and walking recognizes the growth in this sector of travel options, and dangers in the existing system: 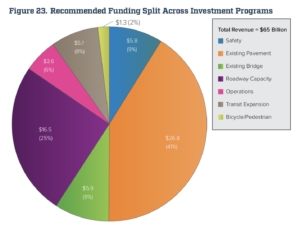 Georgia now allocates about 10 percent of anticipated revenues to transit and facilities for pedestrians and bicyclists. Credit: GDOT

Regarding rural on-demand transport, the existing plan doesn’t appear to mention the state’s three years of efforts, through 2014, to improve the rural transit system and meet mandates including transport to health care, community options and jobs.

The state worked to reduce costs and improve transport services provided by three state departments – Transportation, Human Services, and Community Health. More than two thirds of the cost, or 68 percent, was paid by the federal government and state funds were used to match the federal dollars, according to a 2013 report.

Costs of the existing rural transport program were forecast to rise from $142.3 million in fiscal year 2012 to $187.6 million in FY 2030. The final recommendation to the governor’s Office of Planning and Budget, from the Governor’s Development Council, attached to GRTA, was for Georgia to maintain the existing program and seek to manage it more efficiently in order to curb costs. 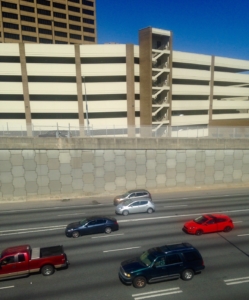 Atlanta is trying to revise an aborted mobility plan in the Downtown district to balance the needs of pedestrians and vehicles that travel from highway to parking structures. Credit: Kelly Jordan 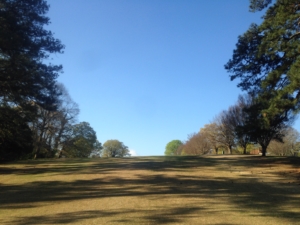 Citizen-funded lawsuits halted construction of the planned Stone Mountain Freeway, which was to have paved over a portion of the Candler Park Golf Course. Credit: Kelly Jordan 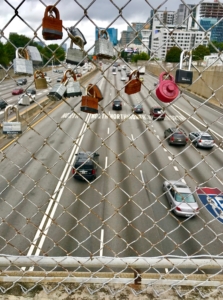 A few ‘love locks’ that represent undying love may have been attached to a fence above the Downtown Connector. Or, literalists could have affixed locks to represent gridlocked traffic. Credit: Kelly Jordan

Previous Article
Sally Flocks passes the PEDS baton to Cathy Tyler
Next Article
Q&A: A Look into How One of the Country’s Leading Producing Theatres Takes Shows to Broadway