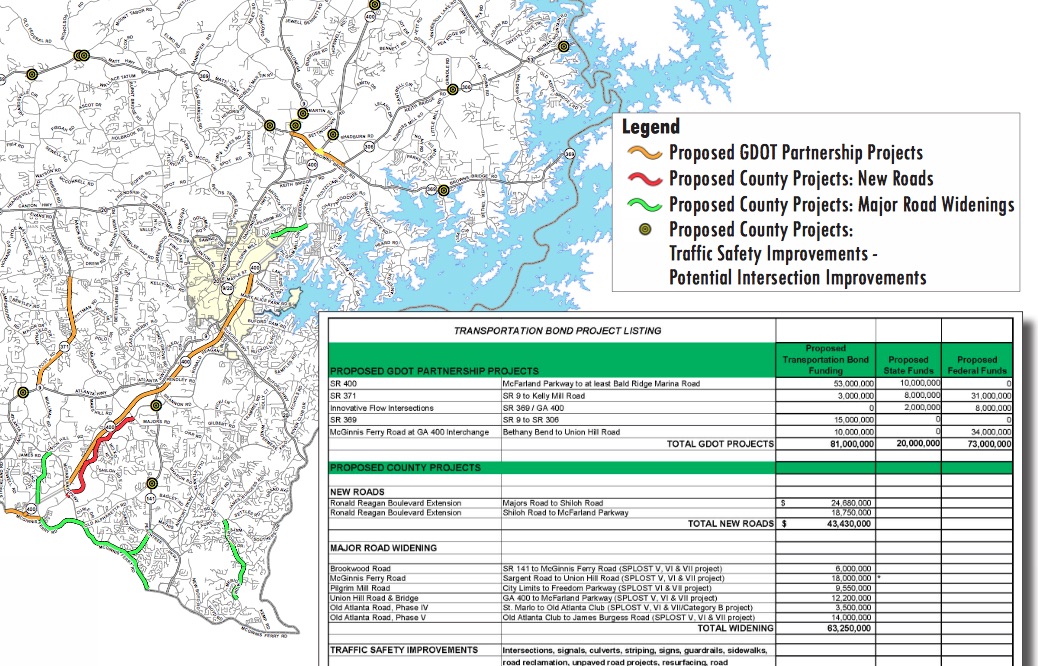 The state Department of Transportation expects to announce Friday the name of the company that will widen Ga. 400 in Forsyth County, a project that was central to the debate over the transportation funding bill the Legislature approved this year.

Throughout the debate, lawmakers made sure they did not create any funding mechanism that would have the effect of penalizing Forsyth County residents – who voted by a 2:1 margin in November to approve a transportation bond referendum that will add $121 a year to the tax bill of a home valued at $250,000.

“We put in certain language because Forsyth had the foresight to pass a $200 million bond for transportation projects,” House Transportation Committee Chairman Jay Roberts (R-Ocilla) said during a Feb. 18 committee meeting.

“We’re going to expand Ga. 400 farther north than they ever dreamed of,” added state Rep. Mark Hamilton (R-Cumming), a member of the Transportation Committee.

The project calls for adding two lanes to Ga. 400, one lane for northbound traffic and one lane for southbound traffic. The highway is to be widened from McFarland Parkway to at least Bald Ridge Marina, with the potential to go all the way to Browns Bridge Road.

The new lanes will be built atop the existing grassy median. The median will be reduced from 64 feet to a width of 42 feet to 53 feet.

GDOT has the project on a fast track. The contractor is required to break ground by Nov. 2, just one year after the referendum. This means the design work must be completed on an expedited schedule. 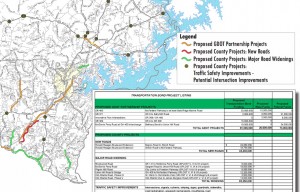 GDOT used a method of asking paving companies to bid on the job that’s innovative in Georgia. GDOT implemented, for the first time, a “best value” selection process.

“Best value” results in the state receiving designs that are more advanced than typically presented in the traditional “qualifications based” selection, according to a white paper by Haskell, a design-build engineering firm. In addition, “best value” bidders provide a total price for designing and building a project.

“Using a variable scope ‘best value’ design-build methodology and the perfect project context, we refined our approach for the best possible outcome,” state Transportation Commissioner Russell McMurry said in a statement. The competitive bid represents a great value for Georgia. We are very grateful for the apparent outstanding results.”

Here’s how Haskell compares the “best value” and “qualifications based” approaches: