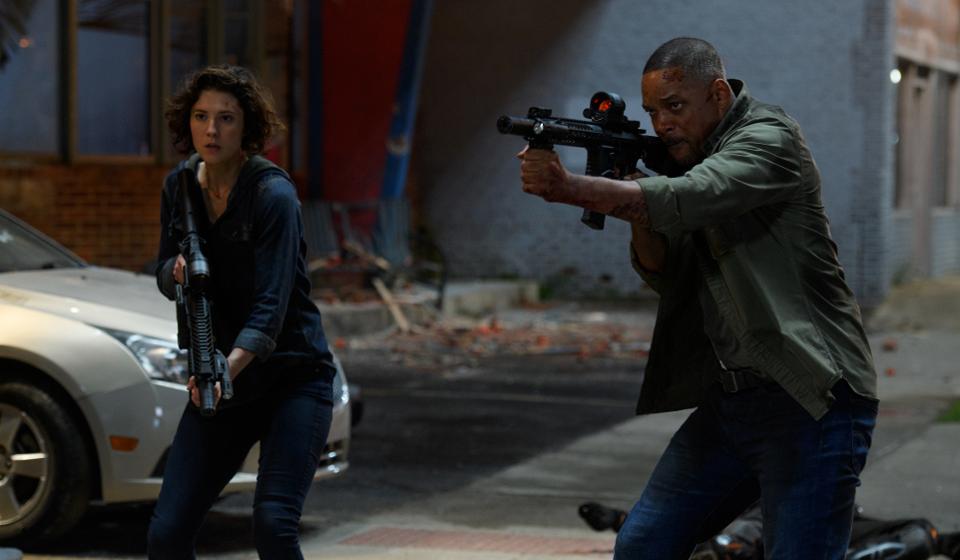 Even the ticket guy winced when I asked to see “Gemini Man,” the new Will Smith sci-fi-ish thriller.

Once I was watching the movie, I did, too.

But I winced most of all — or maybe I gasped – when the thing ended and the final credits read “Directed by Ang Lee.” 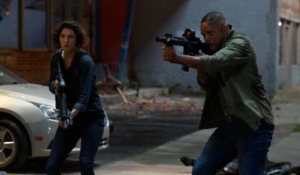 It was like listening to some inane bubble-gum song and finding out it was written by Bob Dylan.

Lee has had his share of stumbles (the Eric Bana “Hulk” anyone?). But overall, he is one of cinema’s most respected artists and one tends to respect the sort of material that attracts him.

The attraction in “Gemini Man” is pure technology. Specifically: a technology known as 4K resolution, shot in 3-D, with a much higher frame rate (120 frames per second versus the usual 24, meaning, Jean-Luc Godard’s famous dictum has met its match: cinema may not be “truth 24 frames a second.”).

This gives the film a strange hyper-real look, sort of like the first time any of us saw HDTV. But that’s not the problem. The technology, whatever you think of it, works.

The plot, characters, and dialogue don’t.

What follows are spoilers of a sort, if you’ve missed the ubiquitous ads, multiple Internet postings or Smith’s whirlwind tour of the talk-show circuit.

The star plays Henry Grogan, a superbly gifted assassin who admits the only time he’s happy is when he’s flat on his belly about to kill somebody.

But 72 kills is a lot of dead people, even for Henry. At 51, he wants to retire. Unfortunately, others, including Verris (Clive Owen), a paramilitary profiteer with whom Henry has had a personal relationship, want him dead.

The one most likely to succeed is another superbly gifted assassin who, well, looks just like Henry about 30 years ago. That’s because he is Henry, about 30 years ago, a clone created, without Henry’s knowledge by Verris.

So as Henry tries to wrap his head around his older self being stalked by his younger self (some of us call that “life”), he globetrots from coastal Georgia, to South America to Budapest. With young digitally-reproduced Henry (or Junior as he’s called) on his trail.

Apparently, “Gemini Man” has been bouncing around Hollywood for years. Curtis Hanson and Tony Scott were attached to direct and Harrison Ford was mentioned for the lead. Johnny Depp and Clint Eastwood turn up, too, at various points.

There are some good things in the movie version that finally reached theaters. Mary Elizabeth Winstead is both kick-ass effective and sidekick appealing as an undercover agent who switches sides to help Henry. Posing as a UGA student studying marine life on the Georgia coast, she even manages a credible “Go, Dawgs!”

And there’s a somewhat resonant Frankenstein moment when Henry, Verris and Junior confront the grander thematic aspects of what’s happening.

But overall, “Gemini Man” is oddly cold ad mechanical. Even an amazing Will vs. Will motorcycle chase only made me think back to the 1963 classic, “The Great Escape,” in which, among the real stuntmen riding real motorcycles, there’s Steve McQueen, dressed as a Nazi soldier, chasing Steve McQueen, an escaped POW.

Anyway, Ang Lee, please. Take a break. Take a rest.  We’ve got plenty of filmmakers who excel at making action schlock aimed at audiences for whom English is a second language. We don’t have many Ang Lees.