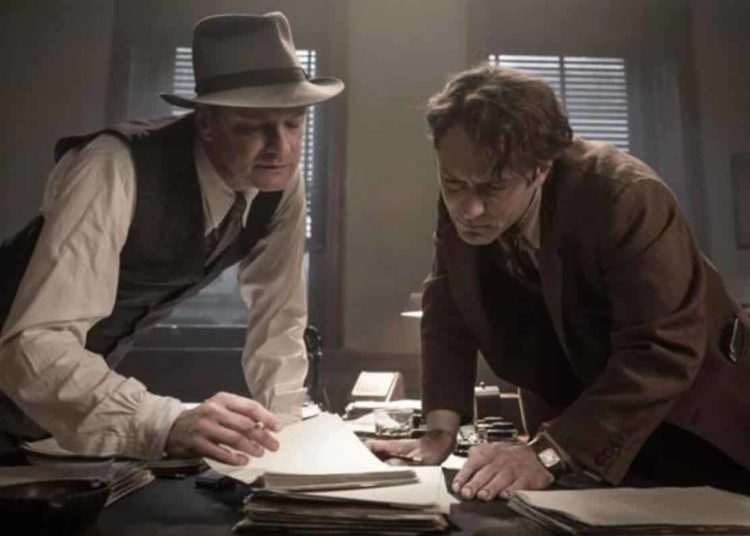 “Genius” is actually about two geniuses: Maxwell Perkins, the legendary editor of Fitzgerald and Hemingway, and Thomas Wolfe, the legendary novelist who wrote “Look Homeward, Angel” and “Of Time and the River.”

As played by Jude Law, with a long Superman curl dangling down his forehead, Wolfe is an overly exuberant, monumentally self-absorbed, casually cruel, borderline unlikable hick.  Words pour out of him in torrents. The manuscript for what will eventually become “Of Time and the River” arrives at Perkins’ office in four crates (well, it is 5,000 pages long).  After working on it for two years, the book all of 100 words shorter. 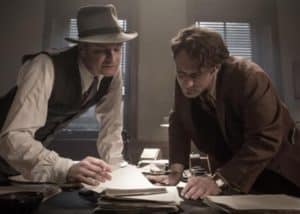 In short, Wolfe sorely needs a sympathetic, erudite editor whom he finds in Perkins (Colin Firth), a man so buttoned up he wears a three-piece suit and a fedora to go fishing with Hemingway. But there’s nothing repressed about his intellect or his editorial skills. Perkins knows Wolfe is problematical. He also knows he’s, well, a genius. And that, for him, is pure catnip. Summoned to Perkins’ office to talk about his first draft of “Oh Lost” (later to be renamed “Look Homeward, Angel”), Wolfe nervously asks, “Is it any good?”

“No,” Perkins replies. “But it’s unique.” And so their relationship begins.

And you get every one of them. 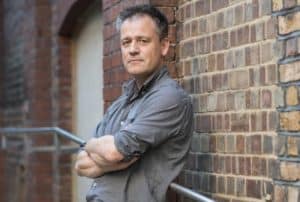 Best known as a British theater director, Michael Grandage makes his debut in the film industry with ‘Genius,’ based on A. Scott Berg’s book, ‘Max Perkins: Editor of Genius.’ Credit: static.standard.co.uk

But then, think about this: The biggest risk “Genius” takes is by merely existing. What other movies have there been this year (or last or the one before) set in the literary world of the 1930s? And how many well-made movies are there in an era that genuflects before flashy trash (“A popcorn movie” or a “thrill ride” coo critics, trying to be “with it.”) “Genius” more than earns its right to be a bit staid, a bit too by-the-book (ironic in a movie devoted to the power of books.)

Another thing: Even when it does the expected, “Genius” is never dull. It could be the cast. It could be the subject matter. It could even be Michael Grandage, a Tony-winning stage director making his movie debut; what might seem stolid to cineastes may seem revelatory to a man whose previous perspective has been down center, right.

“Genius” is intelligent, adult and passionate about words. It’s also funny, as when one of Perkins’ daughters, looking at an early draft of “Angel,” notes, “That’s a very long paragraph, Daddy.”  To which he replies, “It started four years ago.”

Perusing Perkins’ bookshelf, Wolfe notes all the famous names, referring to the titles as “mighty books.” “Genius” isn’t necessarily a mighty movie. But it’s a very good one.