The City of Atlanta soon will have another vacancy to fill in one of its top jobs.

George Dusenbury, the city’s commissioner of parks and recreation since the beginning of Mayor Kasim Reed’s administration, is leaving as of May 16.

Dusenbury has been widely respected for his tenure stabilizing the parks and recreation department — reopening the city’s 16 closed recreation centers and implementing the mayor’s Centers of Hope initiative. 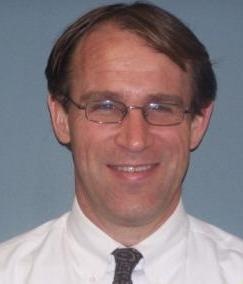 In an email to his staff sent out on Tuesday, Dusenbury wrote that he would be returning to the private sector. But he first thanked them for the work they had done over the past four years to improve the parks and recreation department in the City of Atlanta.

“Together, we have made Atlanta the City of Choice through exceptional spaces and memorable experiences,” Dusenbury wrote. “And I want to thank all of you for making my experience a remarkable one — four years in which we have accomplished a tremendous amount to improve the city and the lives of its residents.”

Carlos Campos, a spokesman for Mayor Reed, wrote in an email that Dusenbury was leaving to “pursue new opportunities.”

“He’s done a lot of great things to move our parks and rec forward, particularly as it relates to services for children,” Campos wrote. “We wish him the best. An interim will be named until a permanent commissioner is named.”

Among some of the other accomplishments reached during Dusenbury’s tenure included acquiring land for a dozen new parks (in addition to the land for the Atlanta BeltLine), and helping increase the percent of Atlanta residents living within a ¼ mile of a park from about 50 percent to 64 percent. That is above the national average of 63 percent.

It also formed the Graffiti Task Force, virtually eliminating graffiti in its facilities. It completed more than 80 capital improvement projects, including the renovation or construction of 18 playgrounds, and it initiated departmental Safety Assessment Standards, which the city’s chief safety officer described as “spectacular.”

Dusenbury ended his email to DPR employees by saying they were the best department in the city.

“The city is fortunate to have you working hard to make life better for the tens of thousands of people whom we touch every day,” Dusenbury wrote.

Before becoming the city’s commissioner of parks and recreation, Dusenbury was executive director of Park Pride, an Atlanta nonprofit that advocates for the region’s parks.