Georgia seeks to be arbitration center for international business disputes

Georgia, and most importantly the City of Atlanta, is a great place for conducting international business.  The airport in Atlanta and port in Savannah together put the state at a global trade and transportation hot spot.  With our mild climate, advantageous costs of living, and pro-business environment, Georgia shines as a place to locate international facilities.

Now we have another advantage in our international trade infrastructure with a major overhaul of Georgia’s international commercial arbitration law.

Arbitration of commercial and investment disputes in international business is a common practice because, under the 1958 “New York Convention,” some 148 countries around the world agree to mutually enforce arbitration awards. All major U.S. trading partners are member countries.  In contrast, no such multilateral treaty exists for enforcement of court judgments.  Another advantage of arbitration is that the parties determine for themselves the procedure best suited for their businesses and can designate where they want the arbitration to take place. 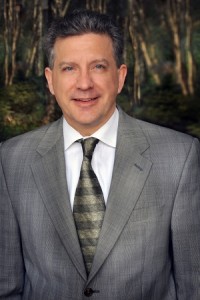 Georgia just recently updated its own law on international arbitration to make agreements to arbitrate more certain of enforcement and to direct courts to provide assistance to the arbitral process.  The changes also bring Georgia in line with – and improve upon – model international rules for arbitration in order provide business leaders from abroad more familiarity and a better comfort level with having disputes resolved in Georgia.

Georgia is further primed to step ahead of many other U.S. states in attracting more international business with the new center for international arbitration at the planned building for Georgia State University School of Law in downtown Atlanta.  The new GSU center will focus on hosting arbitral hearings and providing supporting resources.

A cornerstone of arbitration is self-determination in structuring the arbitration process.

Georgia’s new international arbitration law embraces this principle and requires courts to direct parties to arbitrate their disputes as required in their agreements when Georgia is selected as the place of arbitration. Exceptions are very limited. In fact, under the new law arbitrators are now clearly empowered to decide any dispute about their own scope of authority.  State and federal courts in Georgia buttress this support with decisions that clearly cut down on the number of reasons to not enforce arbitration agreements.

Georgia courts are directed to provide assistance in carrying out preliminary or interim measures ordered by the arbitrator or arbitral panel.  Interim measures could include, for example, orders to cease violating a patent or copyright, directing a freeze on bank accounts, requiring compliance with contract covenants or promises, and other orders to preserve assets or preserve the status quo until a final hearing.

Arbitrators, when the arbitration agreement permits, can also issue subpoenas to compel witnesses to appear and to provide evidence at the arbitration hearing.  These provisions mark an improvement over model international rules relied on in other U.S. jurisdictions, as well as countries that leave unclear how a court is supposed to interact with the arbitral panel.

One of the biggest areas of concern for businesses from abroad in coming to the U.S. is fear of the high costs and intrusiveness of discovery in litigation – the process of requesting and producing documents and witnesses for deposition in advance of a hearing or trial.  While a standard part of American-style litigation, such disclosures are much less available in other countries.

The new Georgia international arbitration code strikes a happy medium by giving the arbitrator broad discretion to limit discovery while making it clear that, where appropriate or agreed, the parties can be required to provide information.

Going hand-in-hand with the new international arbitration code are rules adopted by the Georgia Supreme Court that open up new opportunities for companies to enjoy the assistance of attorneys from overseas.  While still limiting practice before courts of the state to those admitted to the Georgia bar, companies from overseas can have their home country attorneys work in-house while in Georgia.

Foreign counsel can also provide assistance with “fly-in fly-out” practice to help, for example, negotiate a contract in the state.  Other options include being designated in specific litigation matters to represent a client, to become a “foreign law consultant,” and going as far as sitting for the Georgia bar examination.

Georgia State University is at the start of constructing a new law school building in downtown Atlanta.  A major new feature of the facility, thanks to the steadfast encouragement of the law school’s Professor Douglas Yarn, will be its International Arbitration Center with conference rooms, law library and other facilities to support arbitration hearings.

Though only a few years old, AtlAS, under the leadership of its president, Glenn Hendrix, has with its many volunteers put on two conferences on international arbitration that have garnered attendance of practitioners from around the world.  More on AtlAS’ activities is available at http://arbitrateatlanta.org.

As an attorney at Taylor English Duma, Stephen Wright focuses on litigation matters in the areas of construction, real estate development and information technologies. He can be reached at [email protected].