Legislators will engage in a hot debate and intense negotiations over the renewal of a hospital assessment fee.

They will also consider a related issue — whether Georgia takes advantage of federal funds available to families newly eligible for Medicaid. And that one seems a nonstarter at this point. Why? Short term vision.

On one fact there is no debate: far too many Georgians are uninsured. 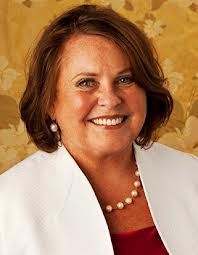 Currently, one in five Georgians has no health insurance. Unfortunately, this lack of coverage does not mean that these families go without healthcare when they get sick. Instead, they pile into public hospitals and emergency rooms, creating a debt of uncompensated care.

Georgia taxpayers must foot the bill one way or another.

Yet when offered a way to expand healthcare coverage to more Georgians and control insurance costs, the proposed solution is to refuse to accept billions in federal funding already paid by Georgians in taxes.

Instead, talk immediately turns to the same old “market-based” initiatives that have failed our state for more than a decade.

On the first day of the new year, our nation stood at the brink of a fiscal cliff. Americans were terrified by the headlines of an ensuing crisis that would burden families with the possibility of a $2,000 tax increase.

Here in Georgia we face a healthcare fiscal cliff created by an underfunded trust fund for the poor and growing healthcare costs. If our state continues to refuse Medicaid expansion, Georgia’s taxpayers will take the dive.

It is time to be pragmatic and instead take practical action.

Under the Affordable Care Act, an expansion of Medicaid would result in 650,000 low-income Georgians receiving health insurance coverage with federal dollars paying more than 90 cents of every dollar.

According to the Kaiser Family Foundation, this expansion would bring over $33 billion in federal money to Georgia over the course of a decade. Kaiser also estimates state expenditures on Medicaid expansion would equal less than 1 percent of Georgia’s general fund spending. In terms of good business sense, the funds represent an extraordinary return on investment to our bottom line.

If Georgia refuses its fair share of funds for Medicaid expansion, it would devastate our economic well-being and public health. A working individual making $14,404 a year or a family of three with wages of $24,352 will lose access to affordable coverage.

If we say yes, the modest cost to the state is, in reality, a long term savings and sustainability plan. Georgia simply cannot afford to continue its failed “don’t ask – we won’t help” approach to healthcare for the poorest Georgians.

We consistently rank among the worst performers across a number of public health indicators. According to the American Public Health Association, Georgia has the 4th highest infectious disease rate and the 11th highest rate of cardiovascular death in the United States. Our state is also ranks in the top 10 for number of uninsured.

Georgia stands on the brink of a healthcare disaster, and we are ignoring the signs that direct us to safety.

Ultimately, the uninsured pass the cost on to employers through lost productivity, and to everyone else through higher insurance rates through cost shifts that continue the never-ending cycle of premium increases, higher co-pays and deductibles.

Medicaid expansion is the smart business move for our state’s health and our financial bottom line. And it is the smartest move we can make to avoid our own healthcare fiscal cliff.