The Georgia Hispanic Chamber of Commerce has named a former UPS executive as its interim president. 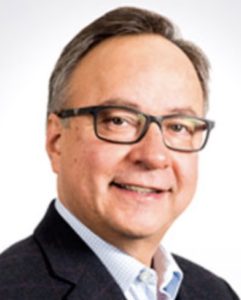 Gabriel Vaca arrives just in time to help members as they try to rebound from the pandemic and navigate repercussions of a major Supreme Court ruling expected this month – and possibly a ruling in an immigration case the court announced Monday it will hear later this year.

One project related to the effort to rebound from COVID-19 economic woes is a virtual program to help members recover their business operations.

In addition, the chamber is implementing a program sponsored by the U.S. Hispanic Chamber of Commerce that intends to help existing companies scale their business model to enable the company to grow. The GHCC is one of seven Hispanic chambers chosen for the national program, according to a statement.

Vaca is to take over July 1 from Santiago Marquez, who stepped down after three years as president and CEO. Marquez is leaving to serve as executive director of the Latin American Association, where he’s to succeed Aníbal Torres, who announced his retirement earlier this year.

In announcing Vaca’s position, Ivan Shammas, chairman of the GHCC Board and general manager for Telemundo Atlanta, also focused on a bright future: 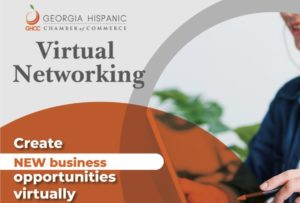 The Georgia Hispanic Chamber of Commerce has an array of programs to help members grow their business. Credit: ghcc.org

Vaca currently serves as GHCC’s executive vice president. Vaca previously served as a GHCC board chairman and joined the chamber after working with UPS for 24 years, in the major markets of Miami and Atlanta.

Vaca joined UPS in Miami in 1994 to help customers develop exports and imports among the U.S., Mexico and Latin America. Vaca relocated to metro Atlanta to work in UPS’s corporate division for international business development, according to a biography posted by GHCC.

Three external challenges occurring during the early days of Vaca’s tour of duty include:

Pew Research Center released a report Monday showing that Hispanic women and immigrants are among those hit hardest by the economic shutdown that resulted from the pandemic. Hispanic women recorded a steeper decline in unemployment than other women, or men, the report determined.

Hispanic women did not experience this decline the most recent major downturn, Pew observed: “The employment of Hispanic women was essentially unchanged during the Great Recession.”

An estimated 650,000 to 700,000 immigrants are enrolled in the Deferred Action for Childhood Arrivals program. Nearly 16,000 who reside in metro Atlanta, and 24,000 in Georgia, are enrolled in DACA. The DACA program provides protections for noncitizens who were brought into the U.S. before they were 16 years old. They are able to work, study, and live in the U.S. without fear of deportation. DACA does not provide a path to citizenship or legal permanent residency.

Then-President Obama established the DACA program after Congress was unable to pass comprehensive immigration legislation. President Trump campaigned in 2016 on a promise to dismantle the program, which he contends cannot be established by an executive order.

The court announced Monday that it would hear this case. The issue to be resolved is the type of notice the government must provide a person who’s facing deportation. The notice is important because once it is given to the individual, the clock stops on the person’s ability to mark the time necessary to get relief from deportation.

Agusto Niz-Chavez fled Guatemala for the United States in 2005. He left after a land dispute between his family and nearby villagers ended with the slaying of his brother-in-law, according to a history of the case posted by biahelp.com. Niz-Chavez has lived in Detroit since 2007, is the father of three, and fears he’ll be killed by the villagers if he returns to Guatemala – they will think he has returned to claim the land, he testified.

Lower courts ruled against Niz-Chavez and now the Supreme Court has agreed to decide this specific question, according to the court’s public case file: