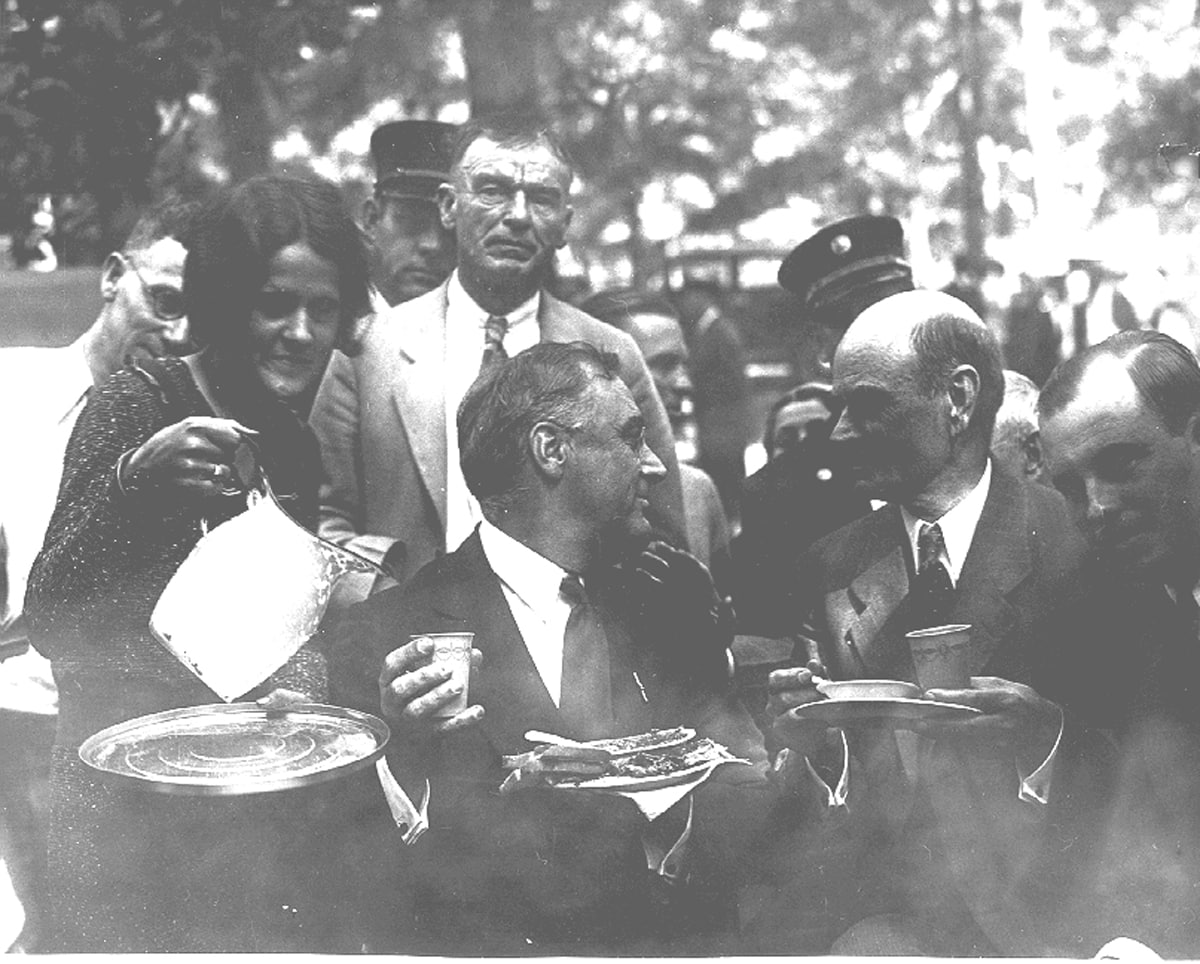 This week, KAYE LANNING MINCHEW, retired director of the Troup County Archives, introduces her new book, A President in Our Midst: Franklin Delano Roosevelt in Georgia, a co-publication of Georgia Humanities and the University of Georgia Press.

Franklin Delano Roosevelt “discovered” Warm Springs, Georgia, and its beneficial warm waters in 1924 as he sought to overcome the effects of polio. He grew to love the state and its people, and returned many times over the next 21 years. Citizens in west Georgia and throughout the state got to know him as he visited, and they embraced this native New Yorker as one of their own. It was his transformative struggle with polio and his close dealings with the common people of Georgia helped make it possible for FDR to be elected president of the United States during the Great Depression and then to lead America out of it.

In 1920 Roosevelt seemed to have it all. Despite running unsuccessfully for vice president on the Democratic ticket, his political star appeared to be on the rise (his fifth cousin and wife Eleanor’s uncle, Theodore Roosevelt, had served as the 26th president of the United States). Then, in August 1921, FDR contracted polio and fell seriously ill during a family vacation on Campobello Island, off the coast of Maine. Overnight, the tall, aristocratic father of five became dependent on others for most aspects of his physical well-being.

For several years, Roosevelt poured his energies into recuperating and relearning to walk. Instead of going home to be the “Squire of Hyde Park,” he sought treatment in Massachusetts and Florida. There, he seemed to sink into a drunken stupor or a deep depression as the reality of his condition became clear. 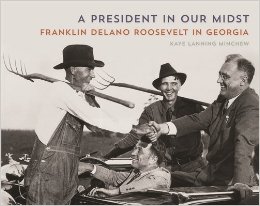 A President in Our Midst: Franklin Delano Roosevelt in Georgia

During his first visit to Warm Springs, Roosevelt felt that his legs improved more after spending time in the 88-degree thermal waters than they had since he contracted polio. Between 1924 and 1945, he visited Georgia and Warm Springs 41 times. In the early years, visits revolved around exercising at the pool. The relief he found there led him to develop the Georgia Warm Springs Foundation (known today as the Roosevelt Warm Springs Institute for Rehabilitation), and to hold events to raise money for polio research, which became the basis for the March of Dimes — ideas that likely inspired some of his New Deal programs.

Using visual tricks learned and perfected at Warm Springs, such as leaning against cars or walking with his arm on the elbow of one of his sons, Roosevelt seemed strong and able when appearing in public. Following his election as governor of New York in 1928, Roosevelt and his supporters launched a concerted effort to show Americans that he was physically capable of doing any job. 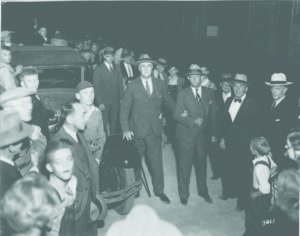 FDR at the Warm Springs depot

His second home in Georgia provided the perfect backdrop for this active man’s campaign. Like others on vacation, Roosevelt went fishing, hunting, and horseback riding, and visited with golfers. After his election as president, photographs showing FDR engaged in physical activity became rare. Certainly, he had less free time, and the urgency of showing him as an active man eased. Through New Deal activities and other legislation, Roosevelt began the long process of leading America out of the depression.

Thanks to national media coverage and radio addresses, such as his “fireside chats,” Americans felt as though they knew their president. Between 1933 and 1945, they often saw photographs of Roosevelt working at his desk or making speeches from podiums. Even photographs of him with polio patients show him standing or sitting in regular chairs as he visited with people in wheelchairs or on crutches. In the years after he died, many people expressed shock when they learned the severity of his handicap.

Between 1924 and 1945, Roosevelt played an important role in political affairs of the state. During his initial visit in 1924, he criticized the governor of Georgia for speaking at a KKK convention. In the 1930s, he served as honorary co-chair of the state’s bicentennial commission. He fought publicly with Governor Eugene Talmadge and Senator Walter George. World War II trips often focused on visits to military bases at Fort Benning and Fort Oglethorpe, where Roosevelt observed men and women training for armed service. Over the years, he spoke at Sunday schools, addressed civic clubs, made graduation addresses, and conferred with political leaders of Georgia. He rode in parades, kissed babies, greeted people, and gave some major speeches. He also worked on correspondence and held policy meetings.  Though Georgians did not always agree with the man or his policies, they always welcomed him with open arms. 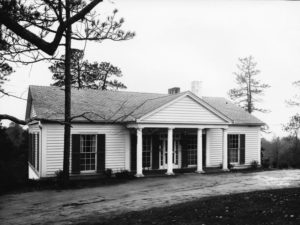 Roosevelt died at his Georgia home, the “Little White House,” in April 1945. He had entered his fourth term as the highest elected official in the land only a few months prior. Georgia helped Roosevelt overcome major challenges, but in the end the magic of Warm Springs could not conquer his weakened heart. Georgians joined the nation and the world in mourning the loss of a leader and a friend.

A President in Our Midst: Franklin Delano Roosevelt in Georgia is available for purchase from the University of Georgia Press.

Kaye Lanning Minchew is the retired director of the Troup County Archives, where she worked for more than 30 years. She is currently an archival consultant and lives in LaGrange, Georgia.