By Deron Davis, Executive Director, The Nature Conservancy in Georgia

In 2018, when Georgia legislators almost unanimously approved putting the Georgia Outdoor Stewardship Amendment on the ballot and voters approved by an 83% margin the creation of a land and water conservation fund, they knew that protecting and stewarding greenspace is in the best interest of all Georgians. The groundbreaking fund dedicates a portion of sales and use taxes collected on outdoor sporting goods to protect greenspaces, clean water, and Georgia’s tourism economy. 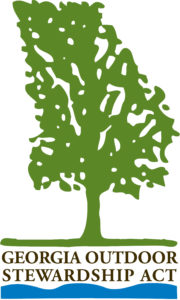 With the roll out of the Georgia Outdoor Stewardship Program (GOSP), which provides grants from the trust fund for worthy conservation projects statewide, we have seen strong administration by the Georgia Department of Natural Resources and an unfortunate mistake that resulted in some potential awardees being removed from the project list.

In early January, the 11-member GOSP board of trustees approved projects to receive the inaugural round of grants based on a projection of $35.4 million in available funds provided by the Department of Revenue. However, when Governor Kemp presented the proposed fiscal year 2021 budget last month, that figure had dropped to $20 million.

As the leader of a conservation group whose supporters strongly advocated for the creation of GOSP, it is my responsibility to be transparent with our members and donors regarding how The Nature Conservancy uses its resources to achieve conservation outcomes.

Along with my peers at The Conservation Fund, Georgia Conservancy, The Trust for Public Land, Park Pride and the Georgia Wildlife Federation—all of whom have invested heavily in GOSP—our Coalition has carefully monitored the program’s implementation and need to share our observations with the voters who made GOSP a reality.

On Thursday, January 30, the State of Georgia Department of Revenue sent a letter to the Coalition explaining that the original funding projection was incorrectly based on combined STATE and LOCAL sales and use tax collected on outdoor sporting goods in fiscal year 2019, when according to the enabling legislation, it should have been based only on the STATE portion of the sales and use tax. This miscalculation is what led the GOSA board of trustees to revise the recommended list of awardees.

Despite this rocky start, the Coalition will continue to partner with the Georgia Department of Natural Resources in the implementation of the Georgia Outdoor Stewardship Program because we believe in the great promise it represents for our state. At The Nature Conservancy, we will continue to champion the protection of large landscapes like Cabin Bluff and Ceylon and encourage the State to provide even greater funding for those projects through GOSP and bonds. The healthy future of Georgia depends on it.